Saint Lucy is one of the early saints of the Church, a virgin-martyr who died in the year 304 and who is mentioned in the first Eucharistic Prayer in the Mass. According to tradition, Lucy was the daughter of wealthy noble parents, a Roman father and a Greek mother Eutychia, born around 283 in Syracuse. Her mother was a Christian, who raised Lucy as one as well. Lucy took her faith seriously, eventually deciding she wanted to consecrate her virginity to God and desired to spend her life in prayer and her wealth in service to the poor. Her mother, however, did not know of this vow, and had arranged a marriage for Lucy with a young pagan man.

Now Eutychia had suffered from a hemorrhage for several years, and Lucy suggested to her mother that they make a pilgrimage to the tomb of St. Agatha, a virgin-martyr who had died during the persecution of the Emperor Decius in 250. The two women went on this pilgrimage, and Eutychia was cured of her hemorrhage. In thanksgiving for this miracle, Lucy convinced her mother to allow her distribute a great part of their riches to the poor. She also told her mother about her desire to devote her virginity to God, and her mother gave her blessing to her daughter.

This is where the pagan fiancé re-enters the story. In seeing Lucy giving away her dowry, he began to realize she might not be marrying him anytime soon. Now, at this time, it was illegal to be a Christian, as the Emperor Diocletian had issued a series of edicts rescinding Christian’s legal rights and demanding they participate in traditional Roman religious practices. So, Lucy’s fiancé, motivated by greed and anger at being spurred, reported his former bride to the governor of Syracuse for being a Christian.

The governor first condemned Lucy to become a prostitute, essentially to be raped in a brothel house, but God made her immobile and the guards could not carry her off to complete the sentence. According to some accounts of her sentencing, Lucy replied to the governor

If you were to lift my hand to your idol and so make me offer against my will, I would still be guiltless in the sight of the true God, who judges according to the will and knows all things. If now, against my will, you cause me to be polluted, a twofold purity will be gloriously imputed to me. You cannot bend my will to your purpose; whatever you do to my body, that cannot happen to me.

Tradition then tells us that the governor sentenced her to be burned alive, but God did not allow the flames to touch her. Finally, she was wounded with a sword, and here traditional accounts are split: either she died immediately from the sword, or she was terribly wounded and later died in prison from the wounds caused by the sword.

What Does She Have to Do With Me?

In thinking about the older martyrs, especially the virgin-martyrs, it can be hard to see what we can learn in a specific way from them. Certainly their courage, faithfulness, and perseverance are encouraging to those of us alive today; but their lives also seem so different. But, that would be too shallow a reading. Saint Lucy, in particular, gives us a wonderful example of someone who refused to let the world, no matter what it threw at her, pull her away from her vocation with God. She, unlike her fiancé, did not look at her wealth or position as something to use for her own benefit, but rather as something that she could use to benefit others in God’s service. Her death is certainly heroic, but what is even more heroic is how she lived her life: focused on serving God in whatever way she was able. The fact that her death became an act of sacrifice was only possible because her life prior to that moment had been a practice of sacrifice and growth in sanctity. She denied herself the temptations of the world, and because she was so faithful to her vocation, God gave her the grace of final perseverance and the glory of a martyr’s death.

Hear us, O God, our salvation, as we rejoice on the feast of Saint Lucy, Thy virgin and Martyr, and grant us to learn the spirit of pious devotion.

-Via The Holyday Book 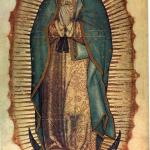 December 12, 2018
Our Lady of Guadalupe: Empress of the Americas
Next Post 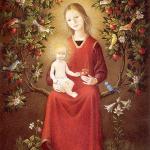 St. Mary Magdalene Was Not a...
Femina Ferox
Related posts from Eating Peaches 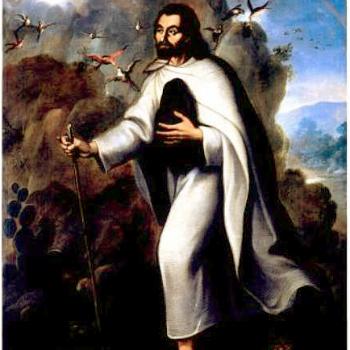