Patheos Explore the world's faith through different perspectives on religion and spirituality! Patheos has the views of the prevalent religions and spiritualities of the world.
This post was inspired by evangelical Anglican theologian and worship leader Vicky Beeching’s coming out story in The Independent. Read that first. Also, for a smart analysis of the reception of Beeching’s coming-out, read my buddy Ryan Cook’s post. For a roundup, Beeching has done it herself.

Those who knew me when I was on ordination track will know that I have admired Vicky Beeching’s work from the beginning. I was an intern at an evangelical Anglican church, although I think that’s a bit of a misnomer because while certain quarters of the parish espoused an evangelical theology (including the rector, at least publicly), the rector had been trained at Nashotah House and couldn’t exactly shake his Anglo-Catholicism. Those who worked with me at the youth group and second-generation ministry — why, yes, it was an Asian Canadian parish — joked at the time that I had a huge crush on Beeching. I was single, and I suppose when the worship leader played ‘Yesterday, Today, and Forever‘ for the first time, I was hooked. I bought her cd, I played it at odd hours at the church through its self-described world-class sound system, I learned how to play a ton of her songs on the piano, I followed her blog, and I may even have put some of the members of the youth group through my Beeching craze. I also told the worship leader at the time that when I was ordained, I’d like ‘Call to Worship’ to be played as the processional.

I also discovered that she had not one, but two, degrees from Oxford in theology. It made me wonder what on earth a theologian — yes, if you have an MA in theology, you are a master, and therefore an academic theologian — was doing in the buckle of the Bible belt in Nashville, a place that my father and I had visited as a sort of pilgrimage before I started grad school so that he could teach me how to drink beer before anyone else in grad school could. When we were there, we went to the Grand Ole Opry, ate fried catfish, and learned so much about country music that I bought the discs containing the ‘Bristol Sessions,’ the first music ever to be recorded that were considered within the genre of ‘country’ (although ‘gospel’ was probably a better description).

What on earth was an Oxford theologian doing there?

And on top of that, what was an Oxford theologian doing taking lunch pictures with Melody Green, calling Green her mentor, and claiming to have written several of the songs on Painting the Invisible on Keith Green’s old piano? I mean, of course, you could ask what the heck I was doing listening to Keith Green at the time as well — I do, for example, proudly own both the Silver and Gold volumes of The Ministry Years, Green’s complete oeuvre. It’s because at the tail end of high school, I attended a pastor’s conference at Focus on the Family — yes, the one of right-wing fame — where I met Dennis Jernigan, an ex-gay worship leader of ‘You Are My All in All’ fame (even though he wouldn’t identify as ‘ex-gay’). We didn’t talk long, but because I had zero experience chording on the piano, he advised me to listen to Keith Green to get ideas. I did, but apparently, Beeching got the real deal — she got to flesh out her ideas on Green’s piano.

Since then, I followed her blog, reading when she moved to San Diego and then had a mysterious sickness and then, ta da! right when I was starting my doctorate, she also became a doctoral student at Durham University. I remember the pictures she used to post of her very organized workstation — a stark contrast to my situation, I must say — and I’d read her blog where she boldly put up exactly what she was studying with regards to theology and the media, which is in stark contrast to how I operate as a blogger (seldom does my actual academic work make it onto my blogging). I remember the posts were thoughtful, especially when she said things contrary to what I’d hear all my other pious evangelical friends saying about taking sabbaths from social media — she rejected that, and defended her rejection like an academic boss. I saw less of her leading worship, although there was a fascinating promotional video for Eternity Invades put up where she took viewers on an urban tour of London, but I watched as she made it onto SkyNews, and then the BBC, and then was a contributor to the Guardian. I remember thinking — if she can do that as a doctoral student, then I’d better get my public act together as well.

I’d thought about writing her emails from time to time just to connect as colleagues because God knows she was affecting some of my career decisions as well; moreover, our career paths from popular evangelical ministry (hers far more large-scale, of course) to the academy would have made for good conversation. But I never did, and I suspect that’s because I didn’t have time. I’d click through the blogs, read her occasional Twitter and Facebook updates, but after a while, I suppose other things came up and her posts got buried, and I didn’t keep up, although I did read some time last year that she had come out in favour of same-sex marriage. I remember thinking, Hm. Theological studies can do that to you. I also did a happy dance when she wrote an acerbic reply to former Archbishop of Canterbury, George Carey, on his loose usage of Christian ‘persecution’; I think that post seriously affected my reading of Carey’s Gate of Glory, not to mention shaping my perception of Carey’s tenure in Lambeth Palace.

Fast-forward, then. Justin Welby has become Archbishop of Canterbury; he was previously Bishop of Durham, which would have put him in the same diocese where Beeching was studying. I didn’t make the connection directly to Beeching, although I suspected that someone of Beeching’s intelligence, evangelical fervour, and public media participation would probably be on speaking terms with Welby. But I did know that Welby, having had much of his ministry formation at Holy Trinity Brompton and Alpha, would have had some familiarity with the same worship leaders who had formed Beeching: Andy Piercy, Matt Redman, Tim Hughes. I also suspected, l
istening to Welby’s opposition to same-sex marriage alongside his insistence on having ‘no track with homophobia’ (which, by the way, provides a fascinating lens through which to read Welby’s House of Lords speech against the marriage bill and his Synod speech soon afterward reflecting on ‘revolutions’), that he personally knew someone — and someone with evangelical weight — who was gay. He had said as much, relating his admiration for same-sex couples whose care for each other would put opposite-sex couples to shame (and thus revealing that he had not only read, but digested, his predecessor’s essay, The Body’s Grace). But there was something about the way he said it that made it sound like he had a secret to keep.

Well, it turns out that Beeching is gay and that Welby was one of the privileged few who knew about it. I’ll be damned.

As Zach Hoag notes on the Patheos Progressive Channel, this is huge for the Anglican Communion. It would, as he say, provide for a third way, precisely the sort of thing Welby has been talking about, between Christians whose theological articulations might either be ‘affirming’ or ‘non-affirming’ but love each other all the same.

But there is more: it means that there is a very real gift that evangelical Anglicanism can now bring to the church catholic. In particular, her coming out helps to clear the waters in this murky Anglican situation we have come to call the ‘realignment,’ in which certain parishes and dioceses in the United States and Canada pulled out of their dioceses and provinces over sexuality issues to realign themselves with ‘Global South Anglicanism.’

This post is getting too long. I’ll carry that over to the next post. I promise that it actually matters. 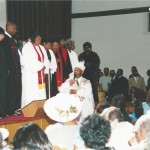 August 21, 2014
The black church taught our family the meaning of han. #Ferguson
Next Post 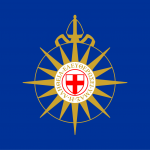 August 28, 2014 In praise of Vicky Beeching, evangelical Anglican (Part 2)
Recent Comments
1 Comment | Leave a Comment
Browse Our Archives
get the latest from
Eastern Catholic Person
Sign up for our newsletter
POPULAR AT PATHEOS Catholic
1

Catholic
A child in Kassiani's garden: for Great and...
Eastern Catholic Person
TRENDING AT PATHEOS Catholic