Run to Her: Gazing on the Black Madonna – Eugenia Geisel (Retracing My Footsteps in the City of Saints #1)

Patheos Explore the world's faith through different perspectives on religion and spirituality! Patheos has the views of the prevalent religions and spiritualities of the world.
This is the first in a series of posts entitled Retracing My Footsteps in the City of Saints by Eugenia Geisel for Eastern Catholic Person on her experience of encountering the saints in Kraków as part of the ordinary supernatural during World Youth Day. Eugenia is an undergraduate at the University of Washington in Seattle, majoring in Korean and minoring in Comparative Religion and Russian and Slavic Literatures; she took my course on Trans-Pacific Christianities, a class to which I recently had to issue a public retraction. Because Eugenia is a cradle Latin with Byzantine sympathies, I consider her for the purposes of this blog to be our Latin Catholic Person.

Less than a week ago, I returned back to the States after almost two weeks in Poland. There, I was incredibly blessed to be a part of the 2016 World Youth Day in Kraków. I went as a vocalist with the choir for the English language liturgies at Kraków’s Tauron Arena, which had been transformed for WYD into the “Mercy Centre” by the Knights of Columbus and partners. (But more on that later).  After a couple days of jetlag getting the best of me and struggling to stay awake past 9pm, and a lack of worthy pastries and access to churches every block I found myself on, I checked in with my former professor, mentor, and friend Justin Tse, who invited me to do a series of reflections on my experience.

But first, why is a cradle Latin Catholic writing something (about a rather Latin-centric event) for Eastern Catholic Person? Upon Pope Francis’ arrival in Poland, he addressed the President, civil authorities, and diplomats outside of Wawel Castle. In his address to them, he congratulated Poland on the 1,050th anniversary of the nation’s baptism, as well as admiring the healthy memory of the Polish people, saying: “Memory is the hallmark of the Polish people.” And of course, he spoke of St. John Paul II as “originator and promoter of the World Youth Days,” going on to say “Pope John Paul liked to speak of a Europe that breathes with two lungs,” which Justin took to me that of course I could write for Eastern Catholic Person as a Latin Catholic Person.

In fact, this idea of “two lungs” was a metaphor used frequently by John Paul II in terms of ecumenism between the Eastern and Western Churches. But while he popularized the term, I actually recently learned that the person who should really be credited with coining it is the Russian Symbolist poet Vyacheslav Ivanov – which as a Russian and Slavic Literatures minor, I happen to find very exciting! According to Yuli Shreider, “Vyacheslav Ivanov, later echoed by Pope John Paul II, said ‘Europe must breathe with two lungs: Catholicism and Orthodoxy'” (Shreider, “Russian Catholicism,” in Religion, State and Society, 24(1), 55).

Pope Francis, in his typically vague way, is possibly saying that Poland breathes through two lungs relatively healthily in terms of its local spirituality as well as its attempts at dialogue with its Eastern brethren. Polish Catholicism, though it is predominantly Latin, has a number of elements from their Byzantine neighbors. The shared veneration between Latins and Byzantines of the icon of the Black Madonna is a visible example of this. In a way, I am not that different.I’m Latin Catholic through and through, but I’m heavily influenced by my Eastern friends and family, including Eastern Catholic Person Justin. Just as Justin has fallen head over heels over the icon of the Black Madonna, I’ve got a history of my own devotion to her too, and my story would be incomplete without beginning with some kind of reference to her.

Or perhaps, some kind of reverence to her. 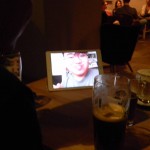 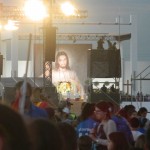 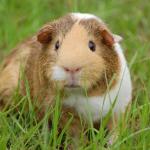