I’m planning to write about World Youth Day, but I can’t chase this ambulance

Patheos Explore the world's faith through different perspectives on religion and spirituality! Patheos has the views of the prevalent religions and spiritualities of the world.
I said in my last post that I want to write about World Youth Day, and I still plan to do so.

The problem is that I’m not on-site, and the livestreams happen way past my bedtime. Unlike some of my other colleagues here on Patheos Catholic (as well as elsewhere on the Catholic blogosphere), I’m not able to give a hot take on World Youth Day.

This presents a little bit of a problem. How should I write about World Youth Day, especially because I’m not there and because I myself am pressed for time on other projects?

One of my favourite contemporary philosophers is a guy called Slavoj Žižek. I’ve said so before, and I’m going to keep saying it, because he’s alternatively very popular and very unpopular around these parts; a lot of people, in fact, think of him as a joke. It is true that he tells a lot of jokes, but he also has some interesting things to say. One of the interesting things that’s helped me on my own research on protest movements is:

I think that another crucial thing for the Left is to overcome this fascination with the revolutionary event. Here I am referring to this idea of the event as being a carnivalesque liberation that takes places before things go back to normal. What interests me more and more is the day after. The only measure of the greatness of the event is how it succeeds in structuring everyday life. (Žižek and Robert Eikmeyer, ‘The Day After’ [2007])

It might be cheeky of me to talk about World Youth Day with a quote from ‘the Left,’ but I think we have to give the inventor of World Youth Day, St John Paul II – the same person being widely celebrated during this World Youth Day – some credit here. For most, it’s a fun fact that he was reading a Marxist philosophical journal when he was elected pope (Weigel says this on p. 252 of Witness to Hope, if you want to know), but I think his experience in Poland and his serious wrangling with the Left made him understand mass movements particularly well. Though Solidarność was not started directly by Wojtyła, it is always worth being reminded that it was a labour union. So too, if World Youth Day is not a mass movement (pun intended), I don’t know what it is.

All that’s to say, I think it would be much more interesting to write about ‘the day after’ World Youth Day, as well as (if you will) ‘the day before.’ Not being able to give a hot take has its advantages. For one, it means that I’m not under the gun to watch all the livestreams, which is good for me, as laziness is one of my vices. But for another, I think part of what I might be trying to do on this blog is what I said I’d do in the last post: to closely read through some stuff as an Eastern Catholic person, including stuff from Latin Catholics such as the Diary of St Faustina and documents written by the Bishops of Rome – both of which are agenda items pertinent to World Youth Day.

July 29, 2016
Does Being Catholic Change How I Write About Pope Francis?
Next Post 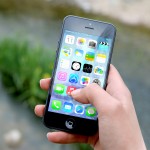 July 31, 2016 So maybe I do know some persons at World Youth Day
Recent Comments
0 | Leave a Comment
Browse Our Archives
Related posts from Eastern Catholic Person