I’m a person on Patheos!

Patheos Explore the world's faith through different perspectives on religion and spirituality! Patheos has the views of the prevalent religions and spiritualities of the world.
I’m on Patheos!

It is a bit strange to say that, but here I am, thanks to the kindness of the Catholic channel’s editor Sam Rocha. I am glad to see that many of my colleagues here are already my friends – Artur Rosman, Mark Shea, the Pezzulos, and even a fellow Byzantine Catholic, Henry Karlson. By making this list, I am sure that I have missed others who are my friends, for which I apologize. I hope to get to know my colleagues whom I do not yet know (or do not yet know well). Perhaps they will disagree with me sometimes, which will make for some useful interaction.

In any case, I’m looking forward to writing up a storm here. I also hear that the comment boxes around these parts are a bit of a wild ride, but I have faith that my colleagues will show me the ropes so that I can effective exert my sovereignty on the Disqus app. Eventually, I will get the hang of it, but until then, I ask for your patience.

Perhaps on this first post, I should say something about myself. My name is Justin. I wear a lot of hats in my professional and personal life. For example, I’m an academic geographer working at the nexus of Asian American studies and religious studies (which I don’t see as much different from theology, unfortunately for both me and my readers). I was also recently chrismated into an Eastern Catholic Church (the Ukrainian Greco-Catholic Church, if you must know).

But as I’ve been trying to make my way through the tricky jungle of this world as an adult, I’ve come to think of myself simply as a person. There are many influences on my thinking as a person – the ‘About‘ page on this blog lists Orthodox theologian Christos Yanarras and critical theorist Slavoj Žižek as two of them – but the larger point, I think, is that being a person means that I’m just a face faced by other persons. I fully appreciate the weight of saying this as someone who is supposed to be ‘Chinese’ (although I prefer ‘Cantonese’) because it is said that Asians and Asian Americans think a lot about ‘face.’ The only problem with such identity politics is that my own academic work is largely devoted to figuring out what other people think ‘Chineseness’ and ‘Asianness’ are, which means that I have no idea what these terms actually mean anymore in and of themselves. Because of this, I don’t feel like I need to save face; I just am faced as a face.

My blogging philosophy is that a ‘blog’ is a ‘web-log.’ It is therefore a log on the web of the thoughts that I as a person have chosen to publish. Some of these thoughts may not be fully mature; therefore, my blog can be taken as a log of my own immaturity. For example, I was an Anglican before entering the Eastern Catholic Church (although I did not grow up as an Anglican Christian – this is a subject that I can write about later). Because I did not have much experience with blogging, it was an open secret that I blogged as an anonymous character called ‘Chinglican at Table’ at a group blog composed of pseudonymous friends called A Christian Thing. Now that I am an Eastern Catholic person, I will no longer be blogging as Chinglican, and it is convenient that as I am retiring like the Dread Pirate Roberts, my friend Lue-Yee Tsang has taken to calling himself a ‘Chinglican’; although our politics are very different (he describes himself as a ‘monarchist,’ and I do not really know what that is), it is also nice that we grew up in the same Chinese evangelical circle known as ‘Chinese for Christ’ in the San Francisco Bay Area. However, because a blog is a log of my developing, immature thoughts, my posts as Chinglican have been imported into this blog, alongside a second blog that deserves equal criticism called Religion Ethnicity Wired.

Because of these two imports, I have some housekeeping to do. I will need to change my Facebook page and Twitter handle from ‘Religion Ethnicity Wired’ to ‘Eastern Catholic Person.’ I am thinking that my new Twitter handle, if it has not been taken, should be something like @jkhtsecperson, and my Facebook should be similar. Not only is this better for marketing, but it reflects better who I am online. As of writing this, I have not made these changes yet, but consider this post fair warning.

I imagine that my writing here will be as undeveloped as my previous two blogs. After all, if my thinking were more developed, I would have to send my work here to a peer-reviewed academic journal, which is what I try to do for some of my better writing. However, I also think that I will try to blog through some themes here, though spelling them out is not a commitment to writing about them or giving them equal weight. For example, I think much of my blogging will have an Eastern Catholic flavour because I think I generally do theology like someone who is Orthodox-in-communion-with-Rome anyway. That said, one of our greatest theologians, Robert Taft SJ, says that ‘Eastern Catholic theology’ is like the judicial definition of pornography – ‘It is difficult to define it, but we all know it when we see it.’

But what I will blog about as an Eastern Catholic person will most likely be a log of what I am thinking through. Sometimes, this will have to do with my own sui juris church in the Catholic communion; at other times, it may be about other such autonomous Catholic churches. At still other times, it will be about the Latin Church, as I plan to do soon because my friends at World Youth Day are doing very interesting things. Perhaps at other times, it will be about the various Eastern and Oriental Orthodox Churches and the Church of the East, and maybe I will be trolled as a ‘Uniate’ when I do that. Because I grew up Protestant, I will not hesitate to write about the variety of them as well. Sometimes I will talk about human geography because the word ecumene (from which we get the word ‘ecumenical,’ which is what I am supposed to be as an Eastern Catholic) is a word from cultural geography; all it means is ‘the inhabited world,’ and that means that ‘secular’ themes insofar as they pertain to the saeculum are also fair game. I will certainly talk about Asian American politics, which will be a continuation from Chinglican and Religion Ethnicity Wired. On some posts, I will have a personal investment in what I discuss; at other times, the tone may be more distant, like a religious studies scholar – the difference will depend on what I am thinking about on any given day.

In all cases, I will be trying out ideas, and I welcome your comments, although I am told that I am sovereign in terms of moderating them, in the sense that, as the Nazi judicial theorist Carl Schmitt says, ‘Sovereign is the one who decides on the exception.’ What this means is that if you bear false witness against me (your neighbour) and call me a Nazi, I will likely decide that your comment is the exception and delete it. If said comment stays, it is also because I am sovereign. Apart from saving me the agony of having to explain myself to trolls, I think at a more important level that this is a useful pedagogical tool for learning the basics of critical geopolitics, which is an excellent way of vulgarly promoting my home discipline.

I am looking forward very much to interacting with everyone here, and I hope that you will have patience with me as I work on my housekeeping items as well as writing shorter and more readable posts. I have an Eastern Catholic memorial service (a ‘parastas’) to attend now, so I must be off. 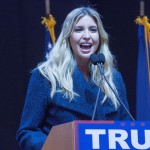 July 22, 2016
I think I'm starting to get what Ivanka means by 'Make America Great Again'
Next Post 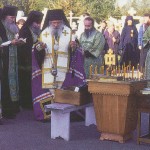 July 27, 2016 The Parastas That Became for Père Jacques
Recent Comments
4 Comments | Leave a Comment
"I can't believe you would consider the theological lightweight Kilby as a proper critique of ..."
antoniodec Fiat mihi secundum verbum tuum: on ..."
""Milbank criticizes Balthasar for being apolitical in his aesthetic reflections, and I can see how ..."
antoniodec Reading Sobrino on Óscar Romero and ..."
"the word is receptive, which has nothing passive about it but could be the most ..."
antoniodec Fiat mihi secundum verbum tuum: on ..."
"One can never "go home," not in this life."
billwald I’ve found my way home: on ..."
Browse Our Archives
Related posts from Eastern Catholic Person