I’ll never do that again: reflecting on criticizing Protestants on Forgiveness Sunday

Today is Forgiveness Sunday. For us in the Byzantine churches, today is the start of the Great Fast, what the Latins have called ‘Lent’ (which is a word that simply means ‘Spring’). It is also known as Cheesefare Sunday, as it is the day that we give up dairy, eggs, wine, and (olive) oil as we proceed into the Fast.

Last night, I spent some time writing up some of my very convoluted and detailed thoughts about a letter that has been circulating around Vancouver regarding the coming of the controversial Protestant evangelist Franklin Graham to headline the city’s ‘Festival of Hope.’ You may read it at your own risk. As I say in that post, I was hesitant to write about Protestants on this blog because it is, as a rule, unseemly for me as someone who joined an Eastern Catholic Church to criticize Protestants. We are not in the same church; they should be able to get their own house in order, even as my church has plenty of things to work on in getting our house in order. However, I ended up writing about my dissent from the letter, even while I also criticize Graham and do not want him to go to my hometown of Vancouver. That was because the Latin hierarch in Vancouver signed the letter. Although my own bishop did not sign it, the letter was reported to be supported by Catholics. However, the case I made yesterday was that the liberalism of the letter hamstrung its efforts to form a truly effective resistance toward Graham, not least because its emphasis on developing private overlapping consensus ends up making it beholden to both Graham and the municipal government in Vancouver, which in this case clearly wants the churches to become the proxy arm of its police state. Out of love for the whole church in Vancouver, I wrote my dissent, and I hope that those who manage to understand it will see that I am not spreading disunity, but am committed to ecumenical relations in Vancouver, albeit not to the philosophically liberal tune of developing private overlapping consensuses.

This morning, I woke up to Forgiveness Sunday, and as the thought of attending Forgiveness Vespers tonight came into my head, a fellow Eastern Catholic messaged me to say: Forgive me a sinner, and pray for me. These are the words that are used at Forgiveness Vespers at the start of the Great Fast: beginning with the presider over the service, we go around asking for forgiveness from everyone in the temple, and we are given forgiveness in turn.

With these words, I thought about how I felt about writing what I did last night. With some discernment, I think I am able to say that I am glad that I did it because I had literally worked through the complications of being in the Kyivan Church motivated out of love for the Latin hierarch to criticize a Protestant open letter because it espoused a legitimately Protestant (but neither validly Catholic nor Orthodox) mode of doing theology through the liberal philosophical approach of developing overlapping consensuses through private conversations. This gave me a sense of completion, as finally, I was able to articulate how I felt not only about the letter, but about the ways in which I had been frustrated by Protestants during my own time as a Protestant when ecumenism was confused with philosophical liberalism, even by people who might have described themselves as ‘evangelicals’ and therefore ‘conservative’ in their theology.

However, I also have to say that I will never write that kind of thing again, hopefully. This is because, as I say in the piece, writing a theological critique is not at all like the way that I write about Protestants in my scholarly work – in a detached, albeit both sympathetic and critical, way. To criticize Protestants means that in some way, I had to get back into the skin of Protestantism to write within it, and whatever I said about being in the Kyivan church and writing out of love for the Latin hierarch, it was a lot of emotional and psychological labor to be Catholic while thinking through a Protestant mess. After I wrote it, the payoff felt a bit empty, and to boot, because I can only write as a person formed in my own church, some of my Protestant friends complained that they couldn’t understand it, mostly because the truth is that it wasn’t written for them although it was written within a struggle that they were dealing with in their own ecclesial communities.

It was the feeling of hollow completion. I am glad I did it, but I will never do it again.

Instead, I want use that feeling of hollow completion to turn my thoughts to Forgiveness Sunday and the start of the Great Fast. Part of the pain of my experience of writing what I wrote last night is that while I was once Protestant, there is no way of putting nicely the fact that I have left Protestantism and I am not in communion with their ecclesial communities. I am now Catholic, which means that I am in communion with the Latin Church from within my Kyivan Church. As a person in the Kyivan Church, I am also Orthodox-in-communion-with-Rome, which means that the pain that I feel with regard to my separation from my sisters and brothers in the same Byzantine theological and liturgical tradition motivates me, as well as others in my church, to heal the wounds of schism and to restore full communion with the Orthodox even while keeping our full communion with the Latin Church.

I think part of that feeling of hollow completion after writing last night’s post comes from having written across schismatic lines. It is gratifying to be able to articulate what those lines of schism are and to write about my sisters and brothers across the schism so sympathetically that I am able to criticize them. While I claimed to have been writing about the Latin bishop with whom I am in full communion, the truth is that the letter in question was a Protestant letter, and I am not in communion with the letter writers.

But to be able to write with such sympathetic criticism does not re-establish communion. Even if they were to come to Forgiveness Vespers and ask for forgiveness, the forgiveness of Forgiveness Vespers does not seem to be able to extend yet across schism. Like Adam and Eve, whose banishment from the garden we remember at Forgiveness Vespers, any paradise that I experience as part of the joy of a Byzantine service remains marred by the knowledge that there are those sundered from our body and that we ourselves have, like everyone else, been contributors to this state of affairs. This is painful, which makes any completion that is felt about writing and criticizing modes of ecumenism seem hollow.

I am never doing that kind of writing again, I am saying now, and it is probably because I have enough of this feeling of hollow completion to carry me through the Great Fast. Anything more, and I would melt under the weight of total despair at how shattered the Body of Christ is. Maybe in the future, when I have grown in holiness, I may be able to do something again like it. But I am tired, I am weary, I am worn. Forgive me a sinner, and pray for me. 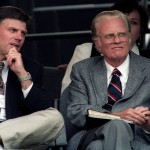 February 26, 2017
An Eastern Catholic critique of the ecumenical Vancouver letter regarding Franklin Graham
Next Post 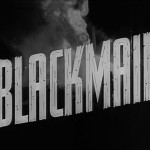