Repenting of triumphalism on the Sunday of Orthodoxy

When I was doing my catechumenate, one of the things that my spiritual father got me really excited about was the Sunday of Orthodoxy. Bring all your icons, he said to all of us at the temple, assuming that we all had icons to bring; there are a bunch of Protestant seekers and Latin inquirers there, so this was a bit of a funny assumption to make, but I have always appreciated how Byzantine norms are his normal. We will bless all of them, he said, and then he posted a video of a Melkite church where the deacon led the people in the ‘anathemas’ song, reading out a bunch of ancient heresies and condemning all of them with a threefold, Anathema, anathema, anathemaaaaaaaaaaaa. To be clear, we have never done this song at the temple, but maybe it would be fun to do so someday.

For some reason, the heresy that still ticks me off the most is one that is going through the Protestant ecclesial communities right now: the ‘eternal subordination’ of the Son. For those who need a quick primer, it seems like some Protestants think that there is an analogy between ‘traditional’ gender roles of female subordination to relations within the Trinity, leading for some evangelical Protestant theologians to the bizarre claim that the Son has been ‘eternally subordinate’ to the Father. I realize, of course, that fans of Hans Urs von Balthasar should not throw too many rocks – Balthasar does, after all, talk about the Son’s eternal obedience and radical openness to the Father as the axis of history – but the debate within Protestant communities, especially in what are called New Calvinist circles, have highlighted for me the ongoing need to be clear about an orthodox stance on the ousia and hypostasis of the Son.

But as I reflect on why I am so ticked off by such a bizarrely modern Arian heresy, I think about the posts I have written over this last week about being an Eastern Catholic attentive to the mess that is my own ecclesial house even as I write about Protestants, who are part of different ecclesial houses. Although I really despise how the heresy that ticks me off the most right now provides Protestant theological justification for some forms of misogyny in our society more broadly, the fact remains that it is a debate that is affecting the Protestant ecclesial houses. I can honestly say, in other words, that the sphere that is affected by the problems with the eternal subordination of the Son in relation to the question of gender are not my church, not my bishops, and therefore not my problem.

As I consider this, I think about what the Sunday of Orthodoxy is really for. As Sister Vassa reminds us in a brilliant video about the Triumph of Orthodoxy, the triumph that we celebrate is the triumph in 843 of the veneration of icons; it has nothing to do with what she terms the triumphalism of Orthodoxy, the idea that we in the Byzantine churches are better than everyone else. In this vein, I recently read a very enlightening piece by the Greek Orthodox theologian John Panteleimon Manoussakis on what exactly was the triumph in the veneration of icons: it is that the image of the image of G-d pervades the natural order such that the materiality of the icons communicates the grace of G-d to us. In this sense, there is a clarifying movement (Manoussakis argues) from the economy of salvation to an iconomy of veneration. In fact, it is for this reason that an icon of the Theotokos of Iveron, the Keeper of the Door, hangs at my front door; the legend is that this icon escaped the wrath of the iconoclasts and swam across the sea to Mount Athos, where the monks quickly learned that it was not they who would have to protect the icon, but that the Theotokos would keep their gate. What this story tells me is that Orthodoxy is not me protecting the church against heresy; it is the Church as a mother who guards me from defacing the icons.

Whatever the heresies that irk me, then, and that deserve the anathemas we sing on this Sunday of Orthodoxy, these reflections lead me to reflect on whether my participation in my own church and in the Great Fast is actually making me shine myself as an icon reflecting the light of Christ. It is only in this iconomy, after all, that the anathemas pronounced against the heresies make any sense, for the heresies are the ideas that will cloud and confuse the light of Christ from enlightening the material order, the body that I have that is the temple of the Holy Spirit. The Sunday of Orthodoxy is thus a day for me to ask for mercy, to anathematize the heresies in my own life, especially the temptations within Byzantine Christianity toward ethno-nationalism (what is termed ‘ethnophyletism,’ or as my spiritual father likes to put it, ‘ecclesial racism’) where the politics of identity turn my body and my mind from the icon that I was created to be into an idol. As much as I despise the heterodoxy of the eternal subordination of the Son for its convergences with Arianism to justify defacing the female icon that fully reflects the light of Christ shining on her – I might point out here that the Triumph of Orthodoxy icon centers the image of the Most Holy Theotokos – what I really have to worry about is the constant problem in my own participation in the life of my church toward the triumphalistic idolatry of identity politics. Let my anathemas be against my own idolatry, and as I continue to pray the prayer of Holy Ephrem the Syrian, let me see my own sins and not judge my sisters and brothers, for You are blessed, both now and ever and for ages of ages, amen. 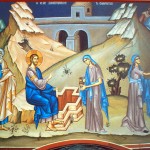 March 4, 2017
Listening to the 'model minority' because I know too much about it
Next Post 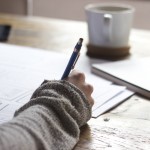