Receiving Pulpit and Pen’s apology toward the ‘Eastern Orthodox community’

Patheos Explore the world's faith through different perspectives on religion and spirituality! Patheos has the views of the prevalent religions and spiritualities of the world.
Christ is risen!

Thank you for writing your apology to ‘the Eastern Orthodox community’ as a follow up to Mr Maples’s criticism and subsequent liturgical stalking of Hank Hanegraaf. Having seen that it was an apology, I clicked on it and read it with interest. Seeing the ads on your site, I realized that perhaps I had given you one too many clicks. I understand such practices because my own blog has ads, but perhaps your readership is higher than mine, as I have not yet seen any monetary compensation from my writing. I do feel tempted to emulate your creative titling for more clicks, but that would risk my editor’s displeasure.

In any case, I wanted to respond to your rather creative apology, but initially, I was not sure how I should do so, as those who have nothing good to say perhaps should not say anything at all. It is apparent to many of us, for example, that you yourself think that what you have written as an apology is funny. We think that this notion is itself funny, but our humorous reading of your humor does not exactly work in your favor.

Upon further reflection, I realized that I could say something constructive, but only if I were to speak in parables, so that seeing you may not perceive and hearing you may not understand.

To what, then, can I compare your apology? It is like a boy in the early stages of puberty who, having developed a severe crush on a girl, proceeds to insult her mercilessly in order to hide his infatuation.

Man to man, then, perhaps I can offer some brotherly advice. When my father grew weary of me as a late-blooming college student unable to secure a first date despite my many infatuations, he gave me a wise word that eventually helped me to develop a real love life that did not exist solely in the realm of fantasy. He noticed that instead of directly approaching any given woman to whom I was attracted, I would try to imagine whether she might enjoy my company in return. These fantasies would escalate to the point of me attributing to her intentions she did not have and even statements that she did not make, and I would grow frustrated, simultaneously loving and hating these women with irrational intensity without having gotten to know them at all – indeed, sometimes without having ever having talked to them. My father proposed an alternative approach: perhaps it would be wiser to simply ask such women out for coffee at an earlier stage, to establish real human contact instead of imagining myself into crazy infatuation and self-imposed rejection.

My advice, brother to brother, is that you apply my father’s wisdom to your approach to the Orthodox Church. As you grow into a fuller state of manhood in both stature and wisdom in favor with God and men (and women), I will be anticipating the good news in due course about your chrismation along with Mr Maples. 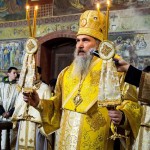 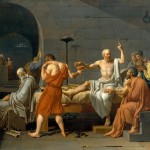 April 27, 2017 To make philosophia my way of life in the academy
Recent Comments
4 Comments | Leave a Comment
"I can't believe you would consider the theological lightweight Kilby as a proper critique of ..."
antoniodec Fiat mihi secundum verbum tuum: on ..."
""Milbank criticizes Balthasar for being apolitical in his aesthetic reflections, and I can see how ..."
antoniodec Reading Sobrino on Óscar Romero and ..."
"the word is receptive, which has nothing passive about it but could be the most ..."
antoniodec Fiat mihi secundum verbum tuum: on ..."
"One can never "go home," not in this life."
billwald I’ve found my way home: on ..."
Browse Our Archives
get the latest updates from
Eastern Catholic Person
and the Patheos
Catholic
Channel
POPULAR AT PATHEOS Catholic
1

What You're Doing When You Vaccine-Shame...
Sticking the Corners
Related posts from Eastern Catholic Person