Sometimes Faith Is a Walk in the Park

Sometimes Faith Is a Walk in the Park January 31, 2012 Joanne McPortland 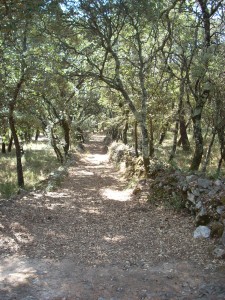 I really didn’t mean to keep writing about the HHS mandate and the reaction it is provoking among U.S. Catholics. The coverage is thorough and thought-provoking, from all around the Catholic blogosphere and points beyond. Elizabeth Scalia, at First Things, underlines the most fascinating (and encouraging) aspect of the reaction to me: the way Catholics on every point along the political spectrum are taking up this fight, and standing in support of our beleaguered Bishops’ Conference, which on any ordinary day is the object of general scorn for being either too rigid and Vatican-brainwashed or a bunch of spineless socialist patsies, depending on which combox you find yourself in.

I have to say I’m relieved that some Catholics who identify themselves as progressive in practice and Democrat by politics are wading out here into the swamp of common ground. It’s a lot less lonely. And I’m a lot less likely to be accused of going over to the Dark Side now that people like the WaPo‘s E. J. Dionne can go on record as sharing my continuing struggle with Church teaching while coming out strongly in favor of Catholics’ constitutional rights:

Speaking as a Catholic, I wish the Church would be more open on the contraception question. But speaking as an American liberal who believes that religious pluralism imposes certain obligations on government, I think the Church’s leaders had a right to ask for broader relief from a contraception mandate that would require it to act against its own teachings. [Read the whole editorial.]

Just as I type this, however, a friend far to my right Facebook messages me a link to this observation by Sarah Palin, with the gleeful message, “You might agree with Sarah on this one!” I can’t catch a break.

So today at lunch, I decided to trade punditry for prayer. It didn’t hurt that it was 62 degrees and sunny this morning in Dayton. I took myself off to a favorite urban parklet, a duck pond surrounded by trees and ringed with a walking path. I walked a little, then sat and prayed a lot as the skies clouded up and the wind remembered it was January. Then I heard, “It is you!” and looked up to see a woman I’ve known longer than anyone else in Ohio. She’s a woman of great faith and passionately liberal politics rooted in the best of the Church’s social teaching. She has devoted her whole life to making life better, safer, healthier, and more holy for the least among us. She’s who I would like to think I would have become had I stayed in the Church. But I didn’t, and I’m neither her nor the me she remembers–a fact that was immediately obvious when she realized she’d caught me on a park bench with a rosary in hand on your average Tuesday. “Busted!” I joked, and we both laughed.

We stood in the wind and chatted for a few minutes. Then she asked, “Were you at the noon Mass on Sunday?” I said I was. She shook her head, and asked, “What did you think of the applause for the homily?” I said I joined in it. She was clearly taken aback. But she stayed and listened as I explained (as well as I could, since my own beliefs and opinions are in such flux) why this issue was important to me as a Catholic and an American, and as a mother and grandmother who absolutely refuses to concede that pregnancy is by default a disease to be prevented. I listened as she talked about the need for affordable health care and family planning options for poor women who want them, and how her commitment to meeting that need also flows from being Catholic and American. We walked. We talked. We held the issue in the creative, respectful tension and openness that is prayer as much as the rosary is. And the wind of the Spirit held us.

I hope we–my friend and I, and Catholics all, and Americans all–continue to walk and talk and listen to one another as we ask the Spirit’s guidance in our choices. One thing I do know: If we let this become just one more way to pit us against ourselves politically or religiously, we will be in for a walk off a cliff, not a walk in the park.

In the meantime, two last bits:

Frank Weathers’ petition to the President is taking off, but it will need lots of help to reach the minimum 25,000 signatures required for White House review. You can read and sign here, and please share the link.

And if you want an analogy to convince people of the weirdness of requiring Catholics to provide contraception as preventive health care against the “disease” of pregnancy, try this one: There is overwhelming medical evidence that consuming red wine in moderation is indeed preventive of real killers such as heart disease and cancer. Why not mandate that all employers–including abstemious Mormons and Baptists, and providers of alcoholism treatment–pay for a glass or two of free wine for their employees every day? It makes even more sense, medically, than the HHS mandate. Cheers!

Image is the author’s own.

Is “The Chosen” Realistic to the...
Messy Inspirations
Related posts from Egregious Twaddle