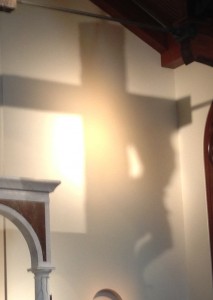 If you “live with major depression,” you understand what a paradoxical phrase that is. The disease of depression may not ever express itself in completed suicide, or even in attempts, plans, or ideation. But the voice of this disease is anti-life. And it is insidious as hell.

Undiagnosed or untreated, we try to silence that YouWantToDieYouKnowYouDo brain elevator music with the people’s pharmacopeia of numbing agents: alcohol, sex, food, rock n roll, self-injury, drugs. The problem is they’re all little deaths, sometimes fast-forwarding, sometimes in exquisitely agonizing slo-mo. So instead of silencing the voice, we end up singing YesYesIDo.

Seeking treatment, or having it thrust upon us, can make such a difference that it feels like rebirth. (And can be, in this age of persistent stigma for both mental illness and its treatment, as tough as birthing breech triplets in the back of a sprung pickup on a potholed highway.) Treatment can be the first time we let ourselves hear and trust another voice, the one that says, “You? Oh yes! You deserve to live.”

And you do. And you can.

In a May 16 New York Times op-ed, Will Lippincott makes that point powerfully and eloquently, from the only place we can hear it—the there-and-back edge of the world.

Suicide rates in the United States are at a shocking 25-year high. They spike in the spring, for reasons not entirely clear. But depression is treatable, and suicide is preventable. Don’t lose hope. You are not alone. I, too, once firmly believed that I was broken beyond repair — but I was wrong.

If you live with major depression—or live with or love someone who does—read Lippincott’s whole piece, right now. I’ll wait.

But it’s important to remember, as Lippincott stresses, that treatment does not in itself equal happily ever after. There are many, many kinds of treatment for depression. They work, or don’t, in different ways for different people. What worked once can become less effective over time, or can present life-challenging side effects. For some people, no treatment offers much relief. And treatment is treatment—management, not cure.

Because the voice of death does not go away. So it’s critical that we learn to mute or counter it with healthy, life-affirming practices, like the strategies provided by cognitive behavioral therapy (CBT) and the more recent outgrowth Lippincott describes, dialectical behavioral therapy (DBT). It is not a passive process, this living with depression. But it beats the alternative, I swear.

When I read Lippincott’s piece this morning, I shared it on social media. But I also thought it deserved some framing from a Catholic standpoint. Maybe because I, and all too many Catholics I know, have started hearing the YouDon’tDeserveToLive voice louder again this spring, breaking through whatever treatment measures we had found useful. That happens. But if it’s the first time it happens after you’ve had some relief, it can provoke a faith crisis as well as a psychological one.

The pull of self-erasure can be particularly awful for people of faith, who feel the shame of not measuring up, not trusting in God enough, not being grateful enough, not being good enough. We’re likely to be more terrified when the abyss looks back if we feel the loss of God’s presence and consolation. Depressed Catholics don’t need to be reminded to beat our breasts in the Confiteor—it is always, for us, through our most grievous fault that we dare to exist. That’s not the Church’s teaching or intent. It is part of our DNA, part of how the disease manifests in this population.

So here are some things I will confirm about and add to Lippincott’s piece, a self-prescription you are all free to try:

If you aren’t being treated, start. If you are, and it’s not working as well or at all, get reevaluated. The voice of not-living says it’s too hard why bother it won’t work give up. The voice is a liar. The Liar. Agency is possible in all things, even if all we can do is lift one finger to speed dial a friend. And agency is life-giving. Ask, and you will receive.

Take responsibility for keeping your house clean. (That’s your mental, emotional, spiritual, and physical house—though washing the dishes is also a good start.) Don’t invite the death habits to hang with you again. Remember what Jesus told the woman from whom he drove 7 devils. Sweep that doorstep every day or they’ll come back and bring really nasty friends!

Don’t do it for anyone else. When you’re listening to the death voice, it seems that the best gift you can give those you love is to get the frack out of their way. NO! You have to trust me on this, because I had to trust other people. You have to learn to live because you are worth it. Not later, when you’re better or stronger or perfecter, but right now. The best gift you can give those who love you (and that includes God) is to let them do it. Get the frack out of your own damn way, and just be loved, even though It Burns, Preciousssss. And as my son says, Stop apologizing already.

Use your mad Catholic skills. Lippincott describes the tools DBT has given him to stop anxiety in its tracks just long enough to make better choices: counting backwards, snapping rubber bands, slowing breathing. Instinctively, I have begun using the repetition of short prayers (“We adore thee O Christ and we bless thee, because by thy holy cross thou hast redeemed the world,” works for me, but choose what stills your soul), a decade or two of the rosary (which can be prayed on a rosary bracelet or finger rosary kept handy, or even on your fingers), listening to a few moments of chant, walking the Stations of the Cross, praying the Divine Mercy Chaplet, reciting the Memorare—all of these Catholic oldies but goodies that worked for us over the centuries before we recognized depression as a disease—in much the same way.

My Patheos Catholic brother in pain and prayer Tom McDonald has written powerfully on the use of the psalms as a weapon in the spiritual warfare that is mental illness. I’ll let his words, which echo Lippincott’s ending but with deeper meaning for those who reach for the Source of All Life, send us off to another day of learning it’s OK to live.

Trust and rejoice! Whatever bears us down, the Lord bears us up. The Lord’s love is steadfast, and He will save us. We cannot despair.

However slender that reed of hope is, we must hold onto it and not be swallowed up by the darkness. We must trust and hope in the Lord. We must never give up on Him, even when we’ve given up on ourselves. If the Psalms teach us nothing else, they have to teach us that much.

Let’s pray for one another as we learn.

Image attribution: Photograph by the author