If I tell people not from Houston, I moved to Houston from Los Angeles, people make pitying noises.

I do not understand these noises.

I love LA, loved living there, and still have dear friends who live in the Great Nowhere, but Houston does not need your pity. I have discovered Houstonians don’t have time for pity or for boasting, because they are too busy inventing the future.

Why am I falling in love with Houston?

First, Houston has a thriving economy. My son-in-law-to-be  moved here and got a job at the first place he applied.

Second, you can trade your overpriced Brady-Bunch house, next to a strip mall, for more square footage than you have ever experienced and save money too. You can call your free “sprinkler system” rain and note that God gives it to you from the sky.

Third, bad traffic occurs at regular intervals called “drive time.” You can avoid it entirely in Houston with care. You can chortle at Houstonians when they complain about congestion, but not too loudly. (Favorite overheard comment: “today I was on 59 and just sat for five minutes.” This was bad news to the Houstonian. In LA we spend so much time on our roads we use the definite article to describe them: the 5. Houstonians think of roads as roads not places.)

Fourth, Houston has a thriving arts scene that is small, but affordable. You can actually go to the museums, shows, and art galleries on a normal salary.

Fifth, a family can predict a hurricane and escape, no so such luck with earthquakes.

Sixth, any Houstonian is an hour from expansive countryside or an hour from a franchise in a safe facility for every major sport, including football.

Seventh, NASA is awe inspiring. When space has a problem, they call Houston and the problem is solved.

Eighth, medical care so good that it was like moving to a new century. My dentist uses devices that could be from the Enterprise. Steam punk is cool everywhere but your doctors office.

Ninth, Houston has HBU, a school in an epic moment. Why?

Tenth, Houston is a thriving port with access to the Caribbean. Need I say more?

Eleventh, Houston weather has seasons, a condition that God made normal at creation. We see change in the natural flow of time. It does get hot and humid. Get a grip. When some hide from snow, we have to go inside from heat. Good news: heat is easier to deal with than snow. Better news: the weather is great for your skin! Wilder news: Houstonians are so tough and cultured that this week, in August, they are flocking to Shakespeare in the park.

When the going gets tough, the Houstonian gets barbecue and laughs out loud without acronyms.

Those of us who love nineteenth century literature will always visit Chicago, the Victorian City of Tomorrow. Most Americans were born in the Twentieth Century and will revel in the nostalgia of LA: the dreamscape of the Disney epoch.

But I am excited to live in Houston, the port of embarkation for the next frontier with gas prices low enough to get the rest of us there.

August 12, 2013 Can't Wait to Teach
Browse Our Archives
get the latest from
Eidos
Sign up for our newsletter
POPULAR AT PATHEOS Evangelical
1 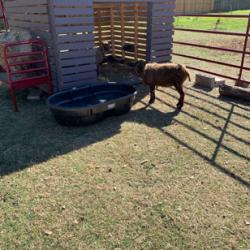 Evangelical
Get Sheep or Goats and Live in a...
Eidos 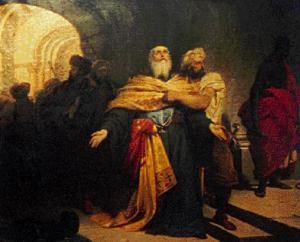