Today the United States celebrates the work of Reverend Martin Luther King Jr., particularly his work toward ending the evils of government imposed segregation and toward furthering racial reconciliation. He looked forward to a time of healing, but I am reminded that he had to fight against evil in his own day: both public and personal. Some of those fights he won and some he lost (as we all do), but we recall him for the good he did, as is fitting and proper.

Just as we honor George Washington, despite his great failings, so we honor King. Martin Luther King got the great issue of his day right and paid with his life.

The good he did was not won without a struggle: Reverend King was a man of peace forced to fight. Contemporary critics moaned that he “agitated,” that he stirred things up, but men must stir things up when evil and injustice are occurring. King refused to let the racist, the Klansman, the lynch mob, or the segregationist hide behind polite fictions, masks, or social acceptability. Like any prophet, he scourged the comfortable and comforted the afflicted.

This is a hard calling as the oppressed can rarely support a major ministry, but it is one sign of a righteous cause. Through the prophet Jeremiah, God said: “They have healed the wound of my people lightly, saying, ‘Peace, peace,’when there is no peace.”

God is a just God and the measure of His justice for men is holiness. No man can be holy who will not do to others as he would have done to him and Martin Luther King saw the hypocrisy of a Christian culture that treated African-Americans with an injustice they would have hated.  King called down judgment on segregationists with the judgment they had been using and he was right to do so.

The battle for racial reconciliation continues, but overt racism received a mighty wound in King’s time, partly through his efforts. The great good done is sometimes hijacked for other lesser causes, to justify vices, or to skim over King’s own failings, but just as his good works are not made less good through his failures, so no contemporary evil can be sanctified by associating those evils with his good deeds.

Personal “holiness” without social justice is debilitating hypocrisy, just as societal “justice” without personal holiness is corrupting. And so the work of the prophet is never finished, not in our culture and never in our own lives. The good a man does is not harmed by his vices, but he is. The good a just society does is not harmed by the decadence of the citizens, but the society is.

In our own day, we must look at ourselves and say: “Where is the American establishment falling short in holiness? Where are we calling sin “good” and goodness sin?” What do the powerful, the rich, and the comfortable agree falls short of the justice and holiness found in God’s Word? In those places, we must speak. The justice of this age is not the justice of High Heaven: it never is. The peace that the rulers of this present darkness wish to establish is never the peace of a Holy God.

May our vision of holiness and peace take the whole Gospel of Jesus Christ and apply that Truth to our own lives and then to the society in which we live. May we war against sin and hold out hope for reconciliation to the sinner, for we are all sinners saved by grace.

February 5, 2014 The Achilles Challenge
Browse Our Archives
get the latest from
Eidos
Sign up for our newsletter
POPULAR AT PATHEOS Evangelical
1 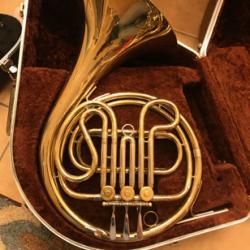 Propaganda Does Not Make Good Art
Me longing to read a really good book. This is really good,...
view all Evangelical blogs
Copyright 2008-2021, Patheos. All rights reserved.