Getting the Big Thing Right: MLK on His Day 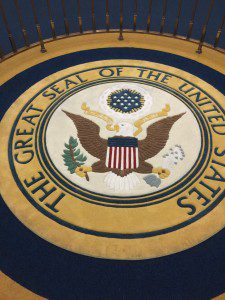 There is no sense pretending Rev. Dr. King and I would have agreed on everything because we would not have done so (as if the great man should care about my agreement!), but we would have agreed on one thing: the need for racial justice in the United States. It is important to acknowledge this lest King become a series of banal out of context quotes that hide the man. Men are always more interesting than busts of men in halls of fame. I must not reduce King to a prop for some cause that does not even fit the context of his times by refusing to acknowledge his human complexity.

If Rev. King got many other things wrong, his personal and academic life are not heroic, but he was right about America’s original sin, racism, and helped move the healing process forward. The healing isn’t finished, racism is not gone, but King is a hero and role model, flaws and all, in our house for getting a huge continuing issue right in the context of his times. In this way, he fits other American heroes (Washington, Lincoln, Anthony, TR) who got many important things wrong, but got a big issue right in a transformative way.

What did King get right?

He was not willing to tolerate injustice.

Great societal change always comes with a cost and risks that are so high that change is scarcely ever worth it. King, and the overwhelmingly Christian leadership of the Civil Rights movement, managed change that was worth the cost. The Civil Rights movement broke the Klan, ended lynch law, and the vile practice of state imposed segregation. King used our Christian faith to make us ashamed of our racism and forced us to a choice: the public use of power on pastors and good people in order to sustain segregation or surrender to good people.

King was not a revolutionary and so he left us a better republic.

King walked away from the bloody, though tempting, tactics of Lenin and helped save the republic as a result.

He was willing to work with politicians, but was not willing to be used by them.

Lyndon Johnson was even more deeply flawed than Rev. King, but he got racial injustice “right.” At great political cost, he delivered the needed laws that sped up racial progress and brought an end to overt government sponsored racism at the state level. Johnson used the power of the state to end misuse of state power.

King refused, however, to become Johnson’s man. King remained his own man and that refusal to deliver his soul to one political figure was a great lesson to all Christians. King worked with the republican system, but he was the King’s man first.

Is King still relevant? Every cause, from noble movements such as right-to-life to ignoble ones such as our sexual libertine movements, associate themselves with King, but King was about American racism and any appropriation to other causes is perilous. Such appropriation also pretends the work of stamping out racism in America is done, when the hard work, stamping out the racism in our hearts, the heritage of four hundred years of overt racism, is just getting started.

Racism remains an American problem and King is a model of how to react to it. In one sense, King’s task was easier: he fought outer forms of racism. Our task is harder: we deal with the heart where the use of state coercion is more dangerous than not.

Today I support change, but not bloodshed, justice for all, and the legacy of a man of God, Martin Luther King Jr., who showed the way.

January 20, 2015 Getting It Helps Cure It: Vanauken and "A Severe Mercy"
Browse Our Archives
Follow Us!

People Are Excited about a New...
Ponder Anew
Books by This Author John Mark Reynolds

Coronavirus. Quarantine. Good?
Who knew a retired Navy SEAL could teach us so much about...
view all Evangelical blogs
Copyright 2008-2020, Patheos. All rights reserved.