A person I admire wrote on adoption and I said what a good book it was.

This was a mistake, at least for the peace in my social media feed. Two years ago as a result of this innocent shout out, I started getting interactions with a group of “white nationalists” and they haven’t ended yet. They were aggressive, but their recruiting techniques were shades of That Hideous Strength or getting into the cool kids club in high school. If you were with them, you were young or understood the young, smart (“high IQ”), and manly.

Adoptions, especially inter-racial adoptions, were intolerable and they went after such race traitors (“cucks”) with a vengeance.

They were more than a little sad and terribly offensive, but Socrates is a hard master so I tried talking with them, reading the links they sent, and learning what I could about this “alt-Right.” My hope was that I could understand what motivated them and be of some help.

Most of my friends thought I was wasting my time. Who cared what this fringe group thinks? Yet these were serious people with some tech skills. It turned out I wasn’t wasting my time.

They found a fairly mainstream ear in Steve Bannon at Breitbart who was willing to play footsie with them, appropriate some of their language, as he looked to harness their energy to get to the White House. Hordes of avatars, a single individual could control many accounts on line, could make a Jewish person or an African American’s life miserable.

This alliance worked out well for Steve Bannon. He is in the White House having pushed off the “young,” “high IQ,” and “manly” fringes of the alt-Right that did not have the media savvy of a Milo Yiannopoulos, knowing how to stay just to the left of outright racialism. Bannon continues to mess about with European versions of the American alt-Right and urging the President to do so as well.

Forget politics, however. The ideas are the thing that might dull the conscience of the Republic.

I doubt politics is ready for the straight alt-Right, but it is in the world of ideas that they are dangerous. This is not because their ideas are new, nineteenth century eugenics with a smattering of twenty-first century genetics will get you by, but due to their ability to make allies in some Evangelical circles

Alt-Right types attack the “cultural Marxists” (a phrase echoing Third Reich’s assault on “cultural Bolshevism”) and this phrase has become mainstream in conservative Christian circles. It is impossible to define (ask!), but becomes a catch all for real problems including leftist attacks on free speech, media bias, and the dominance of the sexual revolution in pop culture at the expense of morality.

To Evangelical young adults given the dispiriting choice between Jerry Falwell Jr. and Ayn Rand, the alt-Right might seem like a fun, puckish alternative. For most Christians, it is an unfortunate alliance, but the urge to power in the alt-Right is dangerous. 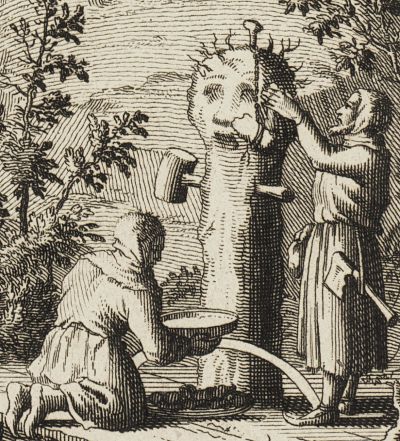 If you haven’t spent the last two years with the alt-Right clogging your social feed and sending you email, then you might not understand what a vile group they are.

Tired of losing with “gentleman” candidates like McCain and Romney, many who are tolerant of the alt-Right are willing to mess about with the tactics of the group. These better souls fail to see that the logic of the movement is incompatible with a traditional Christian ethic, but the alt-Right does not miss the problem.

If you hang around long enough, the alt-Right will push the issue and help the ally see the light.

Here is a sample of a recent letter, I received. Be warned that the language and content is offensive, but it is worth reading, because it says where I think a part of the “conservative” Christian movement is heading. It will not head all the way in this direction, but the logic of what they have tolerated tactically in politics (watch the ongoing compromise of Kellyanne Conway), will begin to change their religious views.

Here is the letter without links:

At a recent alt-right meet up in Boston, a number of young alt-righters noted how they’ve given up on Christianity and have converted to neo-paganism (Asatru Folk Assembly).  Their complaints about Christianity were as follows:

“Christianity today has become synonymous with basic faggotry.  You have literal cuckolds adopting blacks and you have weak girly men crying about the need not to deport 3rd world invaders.  This religion, they maintain, is a disgrace for any man with a healthy testosterone level.”

Christianity has not always been so cucked.  Even 100 years ago Christianity was largely uncucked.

What happened?  One professor of evolutionary psychology and religion, in a forthcoming book, argues that mainstream Christianity has been overtaken by girly men.  It’s undergone a selection process where more manly men have left leadership positions so all that’s remaining are cuckolds.

Nonetheless, many alt-righters are still Christian and are forging away at a new form of Christianity called Uncucked Christianity.

Take a moment to pray for the souls of the people who wrote this email and to let your just anger at these ideas subside.

This requires level headed thinking. Most American Christians will not go all the way into this worldview, but more than a few will adopt the basic ideas behind the appeal.

In substance, the letter attacks interracial adoption and immigration.

Few Christians will (yet!) openly attack interracial adoption, but on immigration there is a softer spot. Reasonable people can disagree about immigration policy and politicians have long refused to listen to critics of establishment views regarding this issue.

This provides a wedge for the extreme alt-Right.

However, the more important issue is that the alt-Right is arguing for the use of power as a solution to the problems. Ignore the childish appeals to insecurities in American men. They will only touch a fringe.

This group’s appeal, and main danger to our immortal souls, will be inculcating the willingness to do what it takes to stop cultural problems. They want power and they are not afraid to use it. Anyone who opposes this will be called “low IQ” or “cucked.” The political ends always justify the cultural (racial) means.

This is utterly incompatible with traditional Christianity as the writers of this letter recognize. Of course the temptations of the world, the flesh, and the devil have always attracted Christians, so there are many sad cases of those who thought they could use force to bring on the Kingdom. The good news is that the Good News will not long endure such compromise.

When we take the sword, we do so with fear and trembling and not with joy.

Jesus died for our sins, but the alt-Right wants to pick up the sword and purge our cultural sins.

I am no pacifist. I think there is a time to fight, but for a Christian, the use of power is hedged with many checks and balances. We prefer to lose in the short term rather than win while losing our souls. Christianity loves everyone, including losers!

The alt-Right is quite right about one thing. We will fight like ladies and gentlemen (having created the concept) and that always looks like a losing game. Martyrs look “cucked,” but they end up destroying the tyrant’s strengthless presumption in this life and that to come!

Thereis no place for nationalism in Christianity, only patriotism. No Christian can ever simply put America first, because so many other relationships have a claim: family, church, community. Christianity is global, so while I am an American (what else could I be), I cannot only be an American. I must also recognize eternal value in other nations and ideals and that my own nation will not last.

No human nation can.

Augustine had it right: we are ultimately subjects of the City of God.

In short, if pressed, a Christian will fight within the limits of the moral law, but we will not lie, torture, or commit war crimes. That may look like a losing strategy, but so far so good for Christians. We have had many enemies, but always new ones! Where is Rome? Where is Stalin? Where is Mao?

Sadly, doing things right often requires losing in the short term. Think of the death of Elizabeth Romanov, the New Martyr: she lost, so that Lenin surely would lose. He played power, she was a Christian and a lady and her story was greater than Lenin’s legions.

It is always so.

It is all the misuse of power, all wrong, but tempting . . . what is coming will be a “Christianity” that is not so crude as to say it is uncucked, but that will dispense with the “niceties.” This Christianity will say politics isn’t “Sunday School” and so intentionally go into the fray intending to lie, cheat, steal, and eventually misuse power to “win.”

Against this we need those who fight, but with their hands tied by ethics, conventions, and the Constitution. We must be Christians before Americans and Americans before we are winners.

I did my bit in this novel: Chasing Shadows.

January 22, 2017 The Wind of the City: Civilization and Contents
Browse Our Archives
Related posts from Eidos

A factor in the monkeypox outbreak I hesitated...
“If it were to spread, it would be consequential.” This is how...
view all Evangelical blogs
Copyright 2008-2021, Patheos. All rights reserved.