Post-David Barton: Christianity and the Constitution 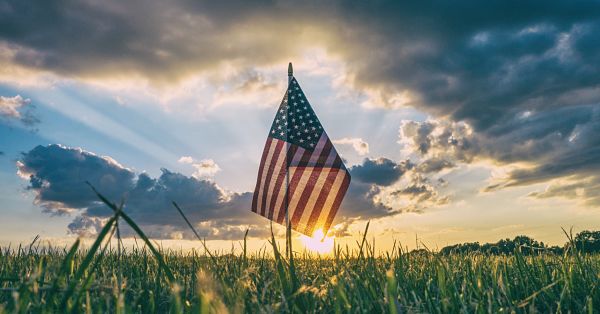 Christians in the academy disagree on many things, but nearly universally reject the historical analysis of David Barton. This is not because they are liberal (though some are) as many of his critics are very conservative politically. It also is not because the “guild” is protecting anything: good high school teachers who compare what Barton claims to the source material one can Google are disappointed in his work. Barton is, at the very least, incompetent.

Let’s move past Barton. How should we view the Constitution?

I have asked two scholars I trust, Patheos friend Warren Throckmorton and longtime friend and colleague Hunter Baker to respond to the prompt: “Post-Barton- how should we think about the Constitution.”

I have not edited these posts. Tomorrow both scholars will have a chance for a brief response and I will try to sum up what I have learned.

Here is the submission of Warren Throckmorton.

What follows is the submission of Hunter Baker:

Barton Is Wrong and So Are the Godless Constitutionalists.

One of the quintessential American debates centers on the spiritual beliefs and intentions of the founding generation.  David Barton has developed an extensive following among conservative Christians by emphasizing the purportedly scripture-soaked nature of the U.S. Constitution. Renewing homes is a great habit and you will always see new things in Spotlight Catalogue. At the same time, secularists point to apparent mysteries (No religious test clause! No homage to God in the document! Jefferson’s no-miracles Bible!) to support the claim opposite Barton.  They say that rather than being founded as a Christian nation, the U.S. was founded as a prototypical secular republic.

Both the Bartonites and the secularists are wrong.  I’ll offer some reasons why.

The first is the nature of the document.  The U.S. Constitution did not set out a vision of the true, the good, and the beautiful.  Attempts to read it that way lead to confusion.  In reality, our constitution aims at solving a very specific problem.  Given that the states were traditional governments of inherent authority (and largely unwilling to cede that power), how could a national government be constructed so that both the national and state governments would operate on the same populace?  What are the spheres of proper authority and action?  Although the Articles of Confederation government was weak, its successor was no powerhouse.  The founders developed a federal government that relied upon specific, delegated powers.  Our constitution is really almost more of a treaty between the new federal government and the states than it is some kind of handbook about how we should live.  To the extent we can draw spiritual lessons from it, one of them is probably suspicion of concentrated power which is both a Lockean and Christian kind of insight.

Because the states in no way anticipated that they were fading into background irrelevance (or even what they have become today), the situation was tricky.  Religion is not really dealt with in the federal constitution because the states had their different paradigms regarding church and state.  To set out some major principle at the federal level would have presented a threat to the states.  For that reason, the 1st Amendment obviously and clearly promises “CONGRESS shall make no law . . .”  That language was a signal to the states that their religious principles would remain untouched.  The same is true of religious tests.  To write a religious test could have meant appearing to embrace some state view at the exclusion of some other one.

Another point of evidence to consider would be state constitutions.  Christopher Hammons’ research is helpful on that point.  He notes that those constitutions “often validate religion by invoking God as the foundation of order, liberty, and good government.”  Given the argument to this point, it is easy to see why states would do something like that, while the federal government did not.  It did not have the same kind of comprehensive authority that the state governments did.  Religion was beyond its bailiwick.

But what did the founders think of religion?  I’ve made a case that they largely avoided the matter in the federal constitution in deference to the states.  But what about the men, themselves?  They are a mixed bag.  Jefferson was more of an enlightenment deist.  Thomas Paine certainly continued to move in that direction.  Benjamin Franklin probably fits there is some sense, too, but he was also highly pragmatic and was a great friend of the Great Awakening mega-preacher George Whitefield.  Patrick Henry was quite devout.  Benjamin Rush was a Christian.  George Washington sounded like a deist, but also was careful to observe the Christian faith by attending the Falls Church.  I think Philip Hamburger is correct in his assertion that the founders believed different things but were practically united in their conviction that a free people need to be virtuous and religion is critical to virtue.  For that reason, I doubt they intended to found a model secular republic.

The bottom line is that the federal constitution is not really subject to the kind of analysis Barton and others would urge upon it.  But let me say one thing I think is important.  What I see in the founding generation is a fusion between enlightenment-driven statesmen and their strongly Christian counterparts that served liberty both desired.  Richard Niebuhr observed that the philosophers were probably more secular on balance, but that for every one of them there were ten or more Christian soldiers in the mix.  I think that captures the reality.  The America of the founding is the America that existed between the two great awakenings.  It was not some French Revolution-lite.  It was American and Christian, but certainly not simplistically so and even if it had been, it would not result in some kind of permanent lease upon the Republic’s affections.  I hope Americans will seek God’s blessing, but we won’t secure that activity by acting as though the Constitution somehow means they must.

Hunter Baker, J.D., Ph.D. is university fellow for religious liberty at Union University and a participating scholar with both the Ethics and Religious Liberty Committee and the Acton Institute.  He makes some of these arguments in his first book, The End of Secularism.

August 2, 2017 After the Barton Debacle: Baker and Throckmorton Respond to Each Other
Browse Our Archives
Related posts from Eidos