Ask Dad, He Knows: How did we get here? 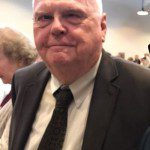 Something may have gone haywire in my generation, but at least I have a good heritage!

The other day as I looked at American politics, I asked Dad: How did we get here? He had some wise things to say and this is the summary. So in case you cannot follow the pathway of George Bailey in the film or John Mark Reynolds in his own wonderful-ish life . . .

Recently, in discussing the situation in our country and the world, John Mark asked, “Dad, how did we get here?” 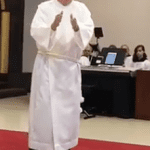 In discussing this with my wife, Ann, it reminded her of an event in the life of her father and mother, Earl and Nina Combs. Earl and Nina were on their way down Leatherwood Creek to to help Nina’s aged foster mother who lived on a small farm. Earl made a left turn to cross over the bridge that led to the farmyard.  Slowly the bridge began to sink into the creek bed. When the bridge and car came to a stop, Earl, in his usual calm manner, said to Nina,  “How about that?” The proper question for Earl at this moment was not what happened to the bridge, but what do I do now?
Earl would have had a good idea of what had happened to the bridge. Either termites or rot, or both, had weakened the structure of the bridge. But now was the time for proper action.  He got out of the car, and helped Nina out of the car and got her safely to the house.  He then called someone to pull his car back onto the road, and  proceeded with the work of the day. Later, he rebuilt the bridge by tearing out the rotten timbers and replacing them with good sound wood.
That is where we are today. We know the forces that over the years have weakened the national substructure. We know about the undermining work done by the media and academia and the rot of our current political climate.We are aware of the confusion to faith brought about by the subversion of truth. But as we sit on the collapsed bridge, we need to take the proper action, as Earl did.
That is what The Saint Constantine School and other groups that stand for basic truth should be about.  While it is important to understand clearly how we got to the position of sitting in the creek and to state it plainly, it is more important to deal with the current crisis, and then plan for the best way to rebuild the bridge 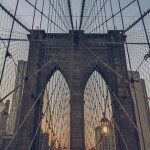 .
The Author of Truth, Who loves His Creation, is the Lord of history.  He has not been absent as the saga has unfolded.  He is not the great watchmaker of the Deists.  He is involved in the affairs of men, working for good in the midst of the sin of man and the stratagems of the evil one. He has a plan now as to what is to be said and what is to be done to work for the redemption of mankind and the establishment of His eternal Kingdom. Through prayer and an open spirit to Him, we will be given the part we are to play in effecting His will.  And the good news is this. He wants to tell us.  And we are not alone.  We do not have to build the whole bridge ourselves!  Earl got help for the bridge project.  There are millions of us who want to be involved in fulfilling our Lord’s plan.
Let us go forward and with joy be a part of the rebuilding project!
Previous Post

September 26, 2017
Being There: Missing Eyes Bother the Ringmaster
Next Post

September 28, 2017 To Be Happy, Try This: Sip, Watch, Relax
Browse Our Archives
Related posts from Eidos