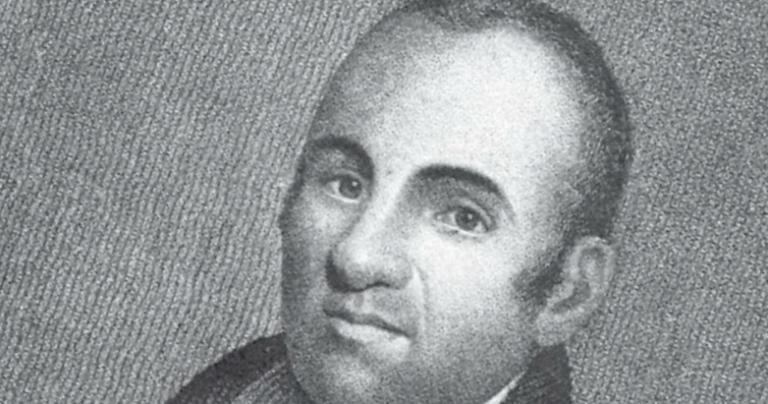 If he was a minuteman, a Patriot when the cause was high risk, then you know the man loved the United States of America. If he returned to pastor a church successfully, then you know he loved Jesus. If he managed some youthful poetry and became a fine preacher and interesting theologian in such a busy life, then you can be sure he had discipline and a first-rate intellect.

Lemuel Haynes lived a wonderful life and having helped create this country, he worked to make that new nation better. Haynes fought slavery and the folly of the recolonization of African-Americans that seduced far too many abolitionists (including for a time men like Lincoln). He pastored a white church as an African-American man in the late eighteenth and early nineteenth centuries.

Literary type that I am, Haynes poetry attracted me, since he wrote a period piece on the Battle of Lexington. Here Haynes celebrates liberty and while (in this poem), he is not quite ready to argue for independence, he expresses righteous rage for the dead of Lexington and Concord. As a Minuteman, Haynes was writing what he knew and experienced. He says:

But pity could no longer sway, Though ’tis a powerful band;

For liberty now bleeding lay, And called them to withstand.

This Christian grasped that a theme of the Gospel of Jesus Christ is liberty. Tyranny (and race-based slavery) cannot exist with the Gospel. The tyrant must be called to repentance and resisted, sometimes with force. Haynes stood on his rights as an Englishman, rights that centuries of Christian theism had developed from a reflection on the Gospel. He says:

For liberty each freeman strives, As it’s a gift of God;

And for it willing yield their lives, And seal it with their blood.

Reverend Haynes was living proof that racism was a lie. You might try to enslave such a man, but you will not have an easy time of it and you will never make him a slave:

Freedom and life, O precious sounds, Yet freedom does excel;

And we will bleed upon the ground, Or keep our freedom still.

Haynes writings and life remind me that a man can be a patriot, a Minuteman, without even for one moment forgetting our nation’s flaws. Second, Hayne’s work shows that calls for justice are an essential part of the whole Gospel. Christians proclaim liberty in the land. Finally, Haynes did not take the easy route of compromise. He was an American (one of the first) and a free man. He was not going “back” to Africa, this land was his home. Haynes was a fighter in a time when his cause, abolition and full racial equality, was held by too few. Haynes married a white wife and had children. When you consider that a United States Senator (Theodore Bilbo) was writing against “race mixing” in 1947, you can see the long fight Haynes was making. Helping defeat the British Empire was nothing compared to knocking down the slave power. While he was at it, Haynes attacked the heresy of universalism with wit and the deism of Thomas Paine with righteous indignation.

Read his gutting of a pro-slavery “Christian” argument in a sermon:

But you will say that slave-keeping was practiced even under the gospel, for we find Paul and the other apostles exhorting servants to be obedient to their masters. To which I reply that it might be they were speaking to servants in minority in general. But doubtless it was practiced in the days of the apostles, from what St. Paul says: “Art thou called, being a servant? Care not for it; but if thou mayest be made free, use it rather” (1 Cor. 7: 21). So that the apostle seems to recommend freedom if attainable, as if to say, “If it is thy unhappy lot to be a slave, yet if thou art spiritually free, let the former appear so minute a thing when compared with the latter that it is comparatively unworthy of notice; yet since freedom is so excellent a jewel, which none have a right to extirpate, and if there is any hope of attaining it, use all lawful measures for that purpose.” So that however extant or prevalent it might be in that or this age, yet it does not in the least reverse the unchangeable laws of God, or of nature, or make that become lawful which is in itself unlawful; neither is it strange, if we consider the moral depravity of man’s nature, throughout all ages of the world, that mankind should deviate from the unerring rules of heaven.*

We hear that such an interest in justice will make a person ignore the deeper spiritual needs, but the very life of Haynes denies this lie. Here is a passage from a sermon:

The solemn account that the faithful minister expects to give [on] another day will direct him in the choice of his subjects; he will dwell upon those things which have a more direct relation to the eternal world. He will not entertain his audience with empty speculations or vain philosophy, but with things that concern their everlasting welfare. Jesus Christ, and Him crucified, will be the great topic and darling theme of his preaching. If he means to save souls, like a skillful physician he will endeavor to lead his patients into a view of their maladies and then point them to a bleeding Savior as the only way of recovery. The faithful watchman will give the alarm at the approach of the enemy, will blow the trumpet in the ears of the sleeping sinner, and [will] endeavor to awake him.

The full gospel includes justice in this life, but knows that the age to come is even more important. The greatest problem with slavery is the damnable sin and the only cure is Jesus.

And if you think the Constantine Strategy of our school is new to the United States, then read this inspired wisdom:

How absurd to discard the book commonly called the Holy Scriptures and yet be advocates for good civil government! They are so coincident and congenial in their nature and tendency that it is really a doubt whether a man can, upon right principles, be an honest advocate for one, whose heart rises against the other. Hence it is that those who have been votaries for religion have generally been friendly to good civil authority. “Thou shalt love the Lord thy God with all thine heart and thy neighbor as thyself” is an epitome of the whole Bible system. He that is acquainted with the laws of the land will see that they mostly point to this great object and are a sort of comment on or copy of the sacred oracles. A contempt for the Holy Scriptures, domination, anarchy, and immorality are inseparable companions. It is, truly, strange to see men of genius and education plead for the good laws of their country and yet [be] unfriendly to divine revelation. They have certainly a reciprocal reflection on each other, and their influences in a great measure stand and fall together. Would we be hearty friends to government, let us value and conform to the written word of God, that our conduct may not appear glaringly inconsistent and contradictory. We infer that it is suitable for ministers of the gospel to enforce obedience to the laws of the state. In this way they discover a laudable regard for the rights and properties of their hearers, plead for religion, and espouse the cause of their divine master. Many think that state policy is a subject out of the sphere of Christ’s ministers, that they ought to seek the peace and good will of their people by avoiding such matters; but he that cannot sacrifice his own reputation, his living—yea, his own life—in the cause of religion and the good of his country has forfeited his character as a faithful ambassador of the Prince of Peace. Paul was far from commending such clerical prudence as some plead for. Put them in mind to be subject to principalities and powers, to obey magistrates, to be ready to every good work, to speak evil of no man (Titus 3).

Presidents of Christian colleges and universities would do well to note the injunction to lead from our moral principles.  We do not seek power, but justice. We do not compromise our values for favor, but prophetically call tyrants to account.

I highly recommend May We Meet in the Heavenly World: the Piety of Lemuel Haynes by Thabiti Anyabwile as a place to start finding our roots as Americans!

May We Meet in the Heavenly World  (Kindle Version)

February 4, 2018
Dem Days Was Hell: Recorded Testimonies of Former Slaves in the United States
Next Post

February 7, 2018 Cheerful Constantine
Browse Our Archives
get the latest from
Eidos
Sign up for our newsletter
POPULAR AT PATHEOS Evangelical
1

Yes, Canada is Persecuting the Brethren
The Chorus In The Chaos
Books by This Author John Mark Reynolds

Evangelical
The True Light, Do Not Expect So Little
Eidos

Evangelical
Real Armor: a Problem with too much Virtual...
Eidos
TRENDING AT PATHEOS Evangelical

Churches Decline with Privilege, Grow With Pluralism &...
When Christianity has the active support of the government, it declines.  When...
view all Evangelical blogs
Copyright 2008-2021, Patheos. All rights reserved.
error: Content is protected !!