To do theology well is to pray well. Praying requires a “tough mind and a tender heart.” So says a man with both, Rev. Martin Luther King Jr.

Too often Americans are soft headed and hard hearted: too often true of all Americans whether secularists or Christian. Pop secularists talk reason, but are quick to disparage philosophy or attack science with religious implications. Christians often do not understand “faith,” accepting the secular idea that faith is opposed to reason, and not bothering to understand their faith while disparaging education.

This falls into the broad American tradition of anti-intellectualism. *

Perhaps worse is the man so hard hearted that his ideology blinds him as great evils are done to individuals in the name of his beliefs. Family are torn apart at the border, because “security.” Babies are ripped apart in the womb, because “choice.” People starve, because “means of production.”

I once had a libertarian say that my grandfather had to die, murdered by Union Carbide’s refusal to give him the tools he needed to work with asbestos, because “free markets.” I have had anti-Fa types hope my overweight status meant I would have a heart attack, because I was opposed to a particular take on sexual behavior.

This is hard hearted. You know the type: he rejoices when his ideological opponent dies.

Against this Reverend King pushes the better way (as he generally does): tough minded, soft hearts.** Responding to a saying of Jesus, King says:

The tough mind has “incisive thinking, realistic appraisal, and decisive judgment.” King rejects “easy answers and  half-baked solutions.” Would that he were alive to attack our complacent university and establishment elites today! King notes the seductive power of media advertising, which depends on soft heads, and the tendency to accept the pronouncements of media as “true.”

Nothing much has changed, except the situation has gotten worse!

We must not fear change, Dr. King has this nailed, but today it might be the “new atheist” most bothered by King:

Science keeps religion from sinking into the Valley of crippling irrationalism and paralyzing obscuratism. Religion prevents science from falling into the marsh of obsolete materialism and moral nihilism.

Religious people can be afraid to confront new ideas (especially in some circles), but since we do not now control most of the educational system, and are even excluded from much of it, this is not our nation’s major educational problem. Instead, too many of the educators we need to lead us against irrationalism and obscurantism (caused by ‘bad religion’) have fallen into the marsh of materialism and moral nihilism.

We are left to choose between the inquisitorial Valley of the Shadow of Death and the secularist marsh that murdered millions last century.

The wise person will choose neither, yet this is hard!

Imagine embracing data, making valid arguments, but then becoming a hard-hearted man “who never truly loves.” “He is unmoved by the pain and afflictions of his brothers.”

The root of the problem is that the hard hearted “never sees people as people.” On the American left, people become “masses” or data points to be defeated. On the right, they become the “other” or those who are feared.

The Christian loves all, even his enemies.

All of us can live in the “Beloved Community” when we heed the Biblical message of King to think hard, pursue justice, and love mercy.

*Assuming (as I was taught in grad school) that anti-intellectualism is an American problem.  The cure for the vice of anti-intellectualism is not intellectualism!  Another problem of course is being insular . . .this podcast is my favorite recent example. I would not argue with the data presented here, but the narrow range of questions considered, the implied definitions of terms, and the assumptions are hopelessly parochial. They are too insular to ask tough questions.

This is not just a problem in politics.

Just as a college faculty made up of all Democrats (or nearly so) does not know what it does not know, so any religious group that does not listen to such podcasts is foolish. Get out of the comfort zone!

**If you need another reason to admire Reverend King, note that he thinks of his sermons as a dialectic with the congregation. He was hesitant to publish them for that reason. Let’s dialog with King!

May 13, 2018
Great Administrators and the Qualities They Have
Next Post

May 15, 2018 Do Not Be Conformed (Applying MLK Today!)
Browse Our Archives
Follow Us! 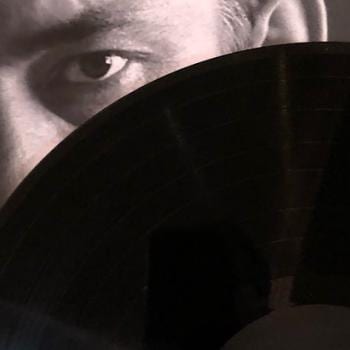 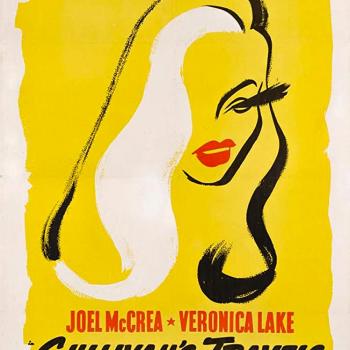 7 Takes On How To Endure Another Month...
Doesn’t really matter what day it is, as all days are alike...
view all Evangelical blogs
Copyright 2008-2020, Patheos. All rights reserved.