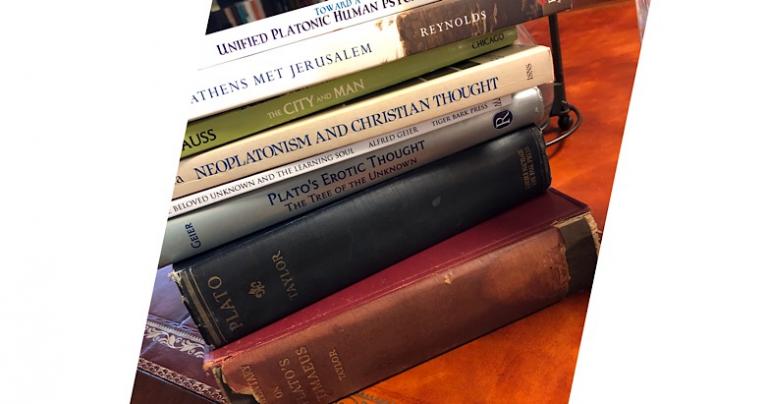 I am a Christian because of the revelation of God in Jesus Christ. I am a Platonist because the ideas of Plato supplement and explain best those areas not directly dealt with in revelation. If I call myself a neo-Platonist, or sort of Platonist, it is partly because Plato is famously hard to understand. There may be as many “Platonisms” as there are Platonists!

Perhaps nobody should be so cocky as to call themselves a Platonist, but instead should be called “neo-Platonist” as a result of our misunderstandings of his greatness and complexity. We try to understand what is difficult and all of us get it a bit wrong. Some thinkers that are very great, think Plotinus, may get Plato wrong, while meaning to exegete him, but are (almost as) interesting! The misunderstandings of a genius can be brilliant.

The rest of us must do the best we can to follow Jesus and make sense of difficult philosophy. Our mistakes are not so interesting as those of Plotinus, but they are our own and those who love us will be find them endearing. The rest will hopefully judge with charity!

I am Platonist (of a sort), because I believe best arguments point to:

These are ideas that are compatible and even suggested by Christian revelation, but are spelled out in Plato as I read him. My reading is influenced by my prior intellectual decisions and the most basic is Christianity. 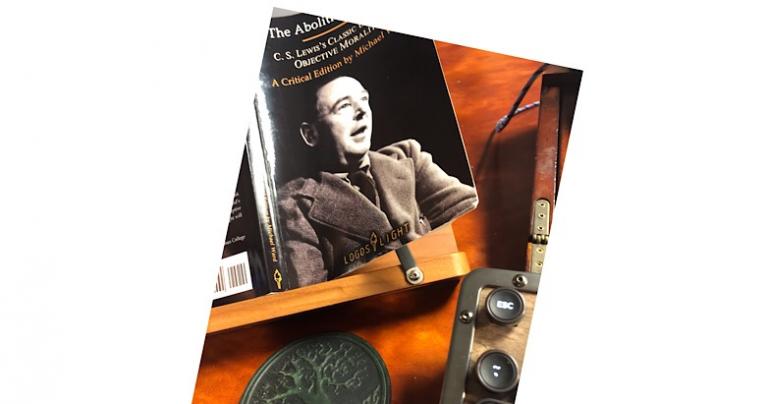 Since Plato lived hundreds of years before Jesus, I cannot merely be a Platonist, so I think of myself as a neo-Platonist.

Second, Plato got some things right, but made some errors too. For example, Plato was right to see a connection between knowledge and moral virtue. He was wrong, however, when he asserted that if we knew (really knew!) a moral truth, then we always would obey that truth. I  agree with Aristotle and the Bible that this is wrong and so (like Aristotle) would modify Plato’s belief. At the very least, we can have a weak will (in a case like addictive behavior) and so be unable to do what we wish to do or know to do.  I cannot, then, be a mere Platonist!

Recently I received a letter asking me the roots of my particular Platonic Christianity. With permission, here is what the person asked:

You convinced me a few years ago that, roughly, Neoplatonism is the best philosophical framework available. However, as I have slowly investigated it, I have come to realize that you have a minority reading of Plato. Now, I do agree with your reading and think, for example, that Platonism doesn’t entail the nonreality of the physical world around me. However, I am wondering: which tradition does your reading come from, and why is it the minority view? Are Descartes and Quine responsible for what I would consider a misreading of Plato? Or is it an older problem that goes back to possibly Plotinus?

There has never been a moment that Plato has been understood one way. Aristotle “misreads” him badly! The main misreadings I have encountered have been Christian misunderstandings (“Plato hates the body.”) that began in looking for a bogey man for problems in the culture. Academically Karl Popper abuses Plato badly. Gregory Vlastos and some in the analytic tradition strip mined Plato’s texts for interesting ideas (to them) and often found interesting ideas. As guides to Plato, they fall short.

I dissent from many contemporary Plato scholars by arguing:

The last idea, about Plato’s psychology, is the subject of my book Toward a Unified Platonic Human Psychology and I will say not more about it. For the rest, I am part of a long tradition that goes back to the earliest Church fathers. What are the (fairly) contemporary roots of my ideas, if one wishes to hold them? I have pictured them as a stack of books, with the most important on the bottom. CS Lewis has had a unique influence of my thinking, so his Abolition of Man is pictured separately.

AE Taylor is the twentieth century scholar that grounds my approach to Plato, though less my approach to Christianity. In his magisterial Commentary on Plato’s Timaeus, he deals with the text responsibly and allows ancient pagan and Christian commentary to inform his understanding. While I do not agree with this particular thesis about Timaeus, his ability to work as a first-rank Plato scholar while keeping his Christian faith openly in dialog with the philosopher is fascinating. He is a modern example of a long tradition of Platonic Christian thought and he did some excellent work as an apologist (Does God Exist?)!  Taylor has a robust reading of Plato that avoids the errors of making Plato a foe of science or every variety of an open society. His Plato is less dogmatic in the particulars of application of his views while holding strongly to certain ideas.

CS Lewis is a contemporary to Taylor and another example of Platonic Christian thought. With JRR Tolkien, Lewis captured the creative or literary elements of Plato in addition to his philosophical commitments. They say that how an argument was made in Plato, the sound, was as important as what was said. There is a Platonic way of writing that makes use of dialog, story telling, and argument that can be freshly applied to any generation. Lewis, in particular, advances a neo-Platonic argument against the Abolition of Man that applies Plato to the last one hundred years of intellectual history with great insight.

Lewis was the first Platonist I read.

Alfred Geier taught me how to approach the text as a teacher. As a student of Leo Strauss there is some “Straussian” influence as well in my thinking, particularly in Republic.* Geier lets the text speak and tries to listen apart from dogmatic ideas about “what Plato said.” Does Plato assert a “theory of forms?” Probably, but Geier would not let you start with this idea and move back to the text. Instead, he urged us to read the text with great care and an open mind.

My debt to him in regards to Plato is incalculable.**

When getting permission to publish my response to this person, the thinker replied:

A second follow up question, if you think it’s worthy of including, is why do you consider yourself a Neoplatonist rather than a Platonist? It seems like you are closer to Plato than you are to any of the later philosophers.

That is my hope. I have found Plato himself (as I have tried to get to him) much more accessible (as Lewis notes of all great authors) and more interesting than most of those who write about him. Have I found Plato? I doubt it. The text is too profound, too complex, too great for such surety. Instead, I have found a good task for the rest of my life: reading Plato with fresh thinking!
Let’s go read Republic!
—————————————
*Warning: whatever it is to be Straussian in the wholistic sense, I am not.
Strauss, Professor Geier noted from his time with him, had a tendency to “guruism”- Opining on everything as if his readings settled issues.
Strauss loved the text and that needed to be recovered, especially in philosophy, where the analytic tradition could have (worthwhile) classes about Plato that had very little to do with Plato’s texts.  For example, some would pick arguments out of the text (as they found them) and then work on making those arguments better or showing how they worked. Before long, the arguments and the discussion were about iterations of the (maybe) Platonic argument far removed from Plato himself.   Those are great discussions, but there was great value in discussing the text itself.
In his respect for the text, I build on Strauss, but in my hatred of guruism and holding all ideas reasonably, but tentatively (faith!) I am a Geier man.
** I am only talking here about the roots of my Platonism, not my broader philosophy. Great teachers like Bassinger and Modrak deeply shaped how I do philosophy and many ideas I hold, but not my Platonism to the degree of those mentioned here.
Summary:
Read AE Taylor, Alfred Geier, some Leo Strauss (The City and Man), CS Lewis, JRR Tolkien, and a collection like the fine one by Dominic J. O’Meara (Neoplatonism and Christian Thought). 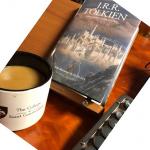 January 9, 2019
The Fall of Gondolin (JRR Tolkien, edited by Christopher Tolkien)
Next Post 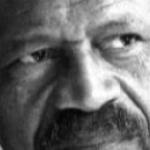 January 11, 2019 The Next Step in Education or Beyond Authorial Intent: A Pause for a Fine Phrase (James A. Emanuel)
Browse Our Archives
get the latest updates from
Eidos
and the Patheos
Evangelical
Channel
POPULAR AT PATHEOS Evangelical
1