The Limits of Education OR Ph.D. OR Langston Hughes and CS Lewis Agree?

He never was a silly little boy

Who whispered in the class or threw spit balls.

Or pulled the hair of silly little girls,

Or disobeyed in any way the laws,

That made the school a place of decent order

Where books were read and sums were proven true

And paper maps that showed the land and water

Were held up as the real wide world to you,

Always, he kept his eyes upon his books:

And now he has grown to be a man

He is surprised that everywhere he looks

And all the human world is vast and strange-

And quite beyond his Ph.D.’s small range.

When you are a genius, you can point out the problems of intellectualism with no fear of being dismissed as envious. You can now earn a doctorate studying different facets of Langston Hughes life and writings. Columbia University in his day could not find room for his African-American genius. Safe to say that the Ph.D’s who made his life hard at Columbia University have not all fared as well historically as Hughes.

Langston Hughes valued education. What he did not value, what none of us should value, is the conformity of those who do well in school so they can keep doing well in school to the end of their days. Instead of education to broaden the world of the student, the false education of conformity to the education system narrows a student’s experience to his “Ph.D’s small range.”

CS Lewis describes the miseducation of such a young man:

The severities both of abstraction and of high human tradition had passed him by: and he had neither peasant shrewdness nor aristocratic honor to help him. He was a man of straw, a glib examinee in subjects that require no exact knowledge (he had always done well on Essays and General Papers) . . .

Hughes and Lewis had very different experiences, politics, and points of view. Yet both gifted men saw the uselessness of the rising credentialism in their era. Lewis criticized academic sterility within the academy. His experiences in both public schools, World Wars, church work, and late marriage all broke down narrowness. Hughes faced a more difficult life as an African-American in Jim Crow America. He was part of a Harlam Renaissance that created culture now studied and texts read in (our!) great books programs.

The problem Hughes addresses is not merely the “ivory tower” cut off from Harlam.

Hughes gives a poetic warning of how the liveliness of the dialectic, reading, arguing, studying God and humanity, becomes dead earning of degrees. Hughes is mocking the dullard conforming to the rules of the school. In his era that meant accepting a Woodrow Wilson progressivism tied to white supremacy. Wilson was, after all, an Ivy League college president, watching Birth of a Nation in the White House.

The kid who is good at school is given prizes and so goes off to college. There he plays the game again and so earns more prizes and can end up staying in academia until the end of his life. Even if he leaves the charmed circles, he does so as an observer and forces everything into the categories he sees.

Meanwhile, all too often, even in academia, the person who breaks the rules, who cannot fit in well (even if he has initial success) becomes the person that future Ph.D.’s study. Tolkien wasted his academic career on “elvish scribblings.” Lewis wrote Narnia. Hughes created transformative poetry. Within and without the academy, the dissidents often are most interesting. A few have enough privilege in the system to get jobs (Lewis). Many do not (Hughes).

It is, however, the person who looks at “school” and hates much of it that creates. See Lewis’ assault on the ugly public school education of Edwardian Britain or Hughes on American public education.

Today, of course, the “vast and strange” humanity that the University misses is different. The conformity is not less. Seventy years ago scholars with the views of CS Lewis could survive, barely, and those with Hughes’ color and ideas were not welcome. Now Lewis would be unwelcome in the world of conformists. Officially, Hughes would be, but the man who wrote this poem might find the conformity of modern kindergarten through doctoral public education stifling.

The good news is that there still exists, at the heart of our great schools, much that is good. Lewis is read and Hughes studied. One need not conform, jump Jim Crow, or deny Faith. One can dissent, but only if one recalls that the end is justice and not a Ph.D. 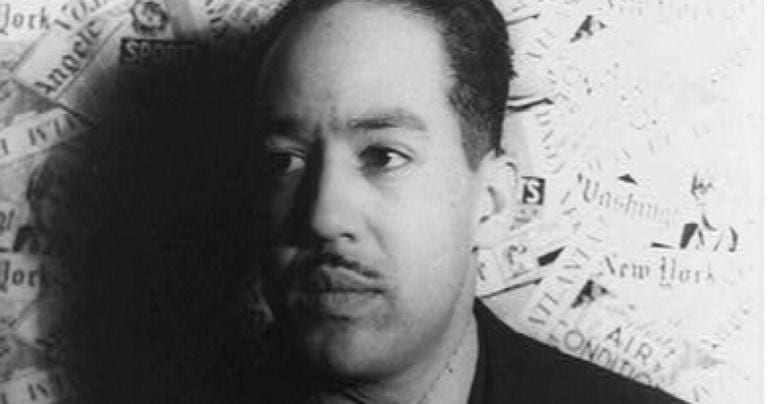 In One of the worst years of elementary school, I was given Langston Hughes to read, the silver lining to my fifth grade cloud. 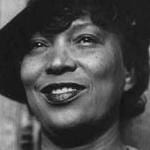 February 18, 2019 Barracoon and What Interests Us OR Hurston and History
Browse Our Archives
get the latest updates from
Eidos
and the Patheos
Evangelical
Channel
POPULAR AT PATHEOS Evangelical
1