Thanks to the second amendment, the US media cannot (legally) engage in positive censorship. However, they can engage in negative censorship by choosing what not to report. The media’s messaging tends to be pretty consistent, which leads to the impression that it represents reality. However, consistency can also be achieved by consensus among journalists behind the scene, such as with the private mailing list JournoList [1]. Conspiracy or not, widespread worldview among journalists leads to the same effect. Given that most are trained in the same universities, which all have a consistent worldview, this leads to a consistent worldview filtering what news and what angles journalists bring to their reporting.

But, just how effective is this worldview bias in suppressing the news that gets reported? Let’s take a hot button issue: abortion. One would imagine that news contrary to the standard abortion permissive position of many university educated individuals might not become very widespread. Thus, the journalists’ worldview would lead to a widespread underreporting regarding any groundbreaking pro-life news.

However, a datapoint to the contrary is the movie about the Gosnell trial. The Gosnell case demonstrates just how horrific the practice of abortion is, with infants being born and having their spines snipped with a pair of scissors. The trial itself was famously underreported by the news media, with a highly tweeted photo of the empty media benches in the courtroom. We might expect the same to happen to the movie documenting the trial, the “Gosnell Movie”. And it has faced a lot of opposition from the media on many fronts. First, its original crowdfunding campaign was canceled by the platform Kickstarter, forcing them to use the Indiegogo platform. The campaign was a rousing success, raising more than a million dollars for production. Then, it took over a year to find a producer willing to release the movie in a wide release. Finally, once the movie hit the theatres, there was almost no reporting and barely any critics reviewed the movie.

Despite the negative censorship of the established media outlets, the Gosnell Movie managed to be the #1 indie release in the US and #10 out of all movies released. Once it came to DVD the movie became the #1 best selling DVD on Amazon. Altogether, quite an amazing feat for a movie that is square in the blind spot of establishment journalists.

The takeaway from the Gosnell Movie is the established news media no longer has a monopoly on our access to news. In fact, the runaway success of the indie film indicates the old media’s ability to control the narrative is dead, signifying the old media is no longer the news. It is now the olds. It is time for the news to overthrow the olds. 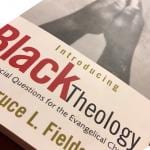 February 28, 2019
Loss of Focus Harms Everything in the End
Next Post 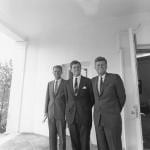 March 2, 2019 Camelots End: Kennedy versus Carter (A Review)
Browse Our Archives
get the latest updates from
Eidos
and the Patheos
Evangelical
Channel
POPULAR AT PATHEOS Evangelical
1