God is Great as Opposed to Degenerate Democracy (5/5) 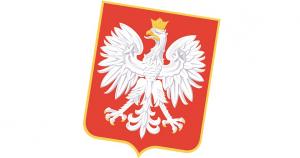 Having killed millions, atheistic socialism finally found victims unwilling to die or at least able to resist the regime. As a result, in Eastern Europe and Russia, atheist socialism fell. Sadly, the brave dissidents did not “win.”

Immediately, the sort of European who had agonized over “Ronald Ray-gun” went to the front of the victory parade and declared victory.

Ryszard Legutko saw socialism, barbaric and brutal, fall due to the power of traditional religion, morality, and old values, then was forced to endure the appropriation of that victory by liberal-democrats. These European elites had never done much of anything to oppose communism, preferring peace in their time. When the traditionalists broke the back of socialism, the European liberal-democrats, having done almost nothing but oppose Cold Warriors like Reagan and Thatcher, declared victory and gave themselves power.

When religious people stopped being useful as opponents of the socialist regime in the East, they were expected to privatize their faith and submit to the secular order of the West. Why? The  liberal democracy of the West has made the private public and the public private. Religious knowledge is banned as a source of governance, while private experience or preferences are the basis for rights. Once inalienable rights from the Creator inspired liberty, in tired times any ineradicable desire inspires government protections.

Religion is relegated to the private sphere, and as CS Lewis first pointed out and Legutko agrees, the private sphere is shrinking fast. Religion is allowed in our quiet time and liberal democracy has filled quiet time with sounds.  Liberal democracy that succumbs to the temptation of the times leaves nothing outside of politics. If Utopia is to come, then a liberal democracy must stamp out ideas that keep heaven from earth. Christians hope to placate the new masters, like the old socialist masters, only less brutal and more effective:

The ubiquity of liberal-democratic rights and ethical permissiveness may have generated, in a lot of Christians, such a feeling of resignation that any vigorous resistance must have seemed to them futile. The only option left for Christians to maintain some respectability in a new world was to join the great progressive camp so that occasionally they would have an opportunity to smuggle in something that could pass for a religious message.

No fully secular culture that has endured, very few have lasted more than a few decades, has created a culture that is not horrific. Secularists hijacked Christian Europe and have lived off the cultural capital they do not understand and these cultures are not reproducing. Western Europe cannot defend herself or even reproduce herself. The elite are united in few things, but know traditional religions are wrong.

They are wrong, because they are wrong based not the reigning ideology of liberal democracy. This would be fine, if democracy was not suffering under a new liberal tyranny. The temptation to tyranny needs a strong check, stronger than any internal desire.

May 17, 2019 Ancient Witches Part III (Guest Voices, James Harrington)
Browse Our Archives
get the latest from
Eidos
Sign up for our newsletter
POPULAR AT PATHEOS Evangelical
1

Evangelical
Whit Had Great Value to God (Thoughts from...
Eidos

Evangelical
We can do better.
Eidos
TRENDING AT PATHEOS Evangelical