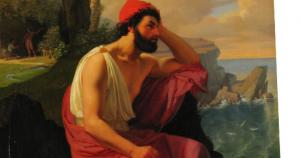 Jesus once asked a man “would you be healed?” . . .an odd question until we recall that sometimes we have so built our lives around the quest to be healed, or even our disease, that being healed can be a problem for us.

We have to consider: by now, after all our pain, do we wish to be healed?

Odysseus: another man of sorrows, is presented with this dilemma. Homer has his hero spend twelve books finding a way through poetically expressed problems to get home to Ithaca and then, finally, mystically, Odysseus arrives. Friends take him, sleeping, comfortable, home to Ithaca: no monsters, no witches, no death.

Odysseus is home, but he has been to ten years of war and on ten years of journey, all his men are dead. He has found a way home, but his last trick, the stories he has told to get here, have left him caught between the tales and reality. He wakes up from the nightmare of war and the journey, but:

Odysseus, meanwhile, [195] Awoke from sleep in his ancestral land

—And did not recognize it. He had been gone so long,

And Pallas Athena had spread haze all around.

The goddess wanted to explain things to him,

And to disguise him, so that his wife and dear ones [200] Would not know who he was until he had made

The arrogant suitors pay for their outrage.

So everything on Ithaca now looked different

To its lord—the winding trails, the harbors,

The towering rocks and the trees.

Odysseus [205] Sprang to his feet and gazed at his homeland.

He groaned, smacked his thighs with his hands,

And in a voice choked with tears, said: “What land have I come to now?

Who knows What kind of people live here—lawless savages, [210]

Or godfearing men who take kindly to strangers?

The man of many troubles is home, he is the winner, and can now master events instead of being buffeted by the gods. What does he do? Does he celebrate? Does he head for his beloved wife, Penelope? He cannot and his teacher knows that he is not yet ready. He is not ready to be healed.

Athena tries to help and so appears to him in disguise. Odysseus  sees a stranger and he tells a pack of lies, a starting of another con. The broken hero cannot stop, he is home in body, but his mind is still lost. Athena, his mentor, speaks:

“Only a master thief, a real con artist, [300] Could match your tricks—even a god

Even in your own land you weren’t about

To give up the stories and sly deceits [305]

That are so much a part of you.

Never mind about that though.

This is sad, but true:  we can be afraid for the journey to end, now and at the hour of our death.

Book XIII sees Odysseus come home: finally. When I have read the entire epic in one sitting with students, we cheer when he lands in Ithaca. Yet we know the end is not near, we are just over halfway and there is much to do. Some of the pages seem like mere delay, as to our frustration, our hero keeps telling stories about himself, falsehoods, cons, even with swineherds and his own son, people he has no reason to fool. The long con is over, he has found a way home, but he cannot stop doing what he has learned to do: patter, persuasion, personality warped by his journey.

Homer is wise. He lets his hero natter until he runs out of words and finally the goddess appears. She restores him and Odysseus is able to complete his task. He is healed, but it had been a close call. The hero nearly failed at the very end, because he was worn down. A good mentor, the wise Athena, knew to give him time to heal.

Jesus, the wisest mentor, saw a man with decades of failure and healed him when he gave consent, but in a rare event in the Gospels, comes back to him and completes his ministry to him and the man becomes a bold witness to the truth. He is not just healed in body, but in soul.

Would I be healed?

Heal me Lord. I want to be home. 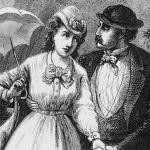 May 18, 2019
The Limits of Romance (Sir Harry Hotspur, Anthony Trollope)
Next Post 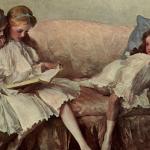 May 20, 2019 The Enduring Truths Of Fairy Tales
Browse Our Archives
get the latest updates from
Eidos
and the Patheos
Evangelical
Channel
POPULAR AT PATHEOS Evangelical
1

A Letter to Christian Parents about...
Anxious Bench
Books by This Author John Mark Reynolds