Only One Person in Particular Surely in Hell?

Only One Person in Particular Surely in Hell? May 3, 2019 John Mark N. Reynolds 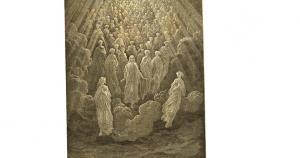 The Non-Catholic More Catholic than Some Catholics

One of my first college teaching jobs was at a Catholic college where I met, for the first time, priests who seemed less Catholic than I was. Since I was not Catholic at all, this seemed odd to me, fascinating, if a bit sad. The fathers did not seem to like the Pope, since canonized, and if they are still alive, they probably do not like that either.

These were fiercely learned men, worth hearing, and they had thought things through in religion more deeply than I had. Only a fool does not learn from his betters, even if he ends up thinking that many conclusions were wrong. I was foolish, but hoped not to be a fool, so I listened.

Why? I agree with them less on the whole than back then, but I learned much. This was not just why these cantankerous padres were wrong, but also truth. There was much goodness, truth, and beauty lurking, smoldering in the burned over faith in those minds: probably more than I had myself then. They had better ideas than I did in many places, even if I had inherited better conclusions from my inferior thoughts and my superior parents.

The better ideas fit better with my traditional Christian conclusions than their progressive ones. This was disappointing, because part of the time (God forgive me!) I would have been happy to find an escape hatch from some of those very truths.

What did I learn?

A Hell of a Thing to Learn

I am probably not a Catholic in part because these excellent teachers convinced me that the Church I might have loved was no more or dying. This was cheering to them, if depressing to me. The Church they hoped would result did not follow from the premises they held, the truths left from traditional Christianity belief. The stubborn, irritating at the time (and sometimes still!) refusal to make the argument go as I wished was a gift from my  mom and secular professors of philosophy in grad school. These religious educators were full of wonderful truth, but the truth kept taking me back to orthodoxy. This was irritating to my heart, if not surprising to my mind.

A second, vital, thing I learned came up in a discussion of Hell. If my memory is correct, the religious with whom I was chatting found my belief in the traditional Catholic doctrine of Hell quaint, like someone actually poisoned by something as old school as arsenic.

Meeting a young person in philosophy who believed in Hell, almost Dante’s Hell, was (for him) like meeting a species long believed extinct. Sadly, to him I was not the beautiful bird kind of extinct species, a cause for theological rejoicing in my renaissance, but the frightening sort of mad theologian has been carelessly brought back: a velociraptor kind of species. The nice professor must have thought that “those conservatives” were all gone or almost gone and then came Pope John Paul II and suddenly Dante was a best seller again. There I was: believing the Creed and there were many more of us out there.

What had John Paul wrought?

I think it was not just that Pope, but a simple truth: Life will always find a way.

Still, a third thing learned, before getting to what he taught me about Hell, was the infinite patience of old school liberalism with bad ideas. He kept talking, arguing, and reasoning with me. This was most good. He pulled no punches, knew a good put down or two, but followed the argument where it led. May I always be as he was in this manner . . . As Christ taught him to be!

I was arguing for the necessity of Hell when he corrected me. He agreed that the Church taught that somebody went to Hell, even many somebodies, but did not insist that any particular person, saving perhaps Judas Iscariot, would be there. I paused when he said this and realized he was quite right. He may not have believe in Hell, but he knew enough to know how to understand Hell as taught.

Somebody, many somebodies, will be damned, but I need not believe I know any of them. Why do so? I do not know the heart. Who am I to judge? God help me, nobody. What did I know of what happened to a soul at the moment of death? Did a person ignorant of the way of salvation through no fault of her own get clarity at the moment of death and a choice? I did not know.

I did not know of any particular person who was damned.*

God is just. God is good. The City of God is splendid and fit only for those who are transformed by God. We cannot save ourselves, because we are broken internally. We are bent and would suffer in the City of God. If we will not consent to be saved, then how can love save us?

There is all of that combined with the judgments of God who knows everything and judges with perfect judgment.

Who will be saved?

There I am on safer ground: sinners like Paul, Mary Magdalene, Dionysus, and Damaris will be saved. Who else? The Church over time gives us clues to a few, but most are unknown.

And that, as that older professor pointed out to me was good. The fate of any particular person was none of my business. “Believe in Hell, if you must,” he said (or something like this), “but don’t be presumptuous about what you know.”

This meant that many arguments about who is in Hell and whether it is just are arguments from ignorance.  Now when I am asked about “those people damned who . . .” I ask for names, since people are not condemned to Hell on generalities. Each person is judged as an individual based on all God knows about that individual and I know nothing.

Jesus saves, only Jesus saves. Jesus acts by His grace through faith in His mercy. Who is saved? Whosever wills. Who is not? Many, but hopefully nobody I can name.

I do not, this old confessor reminded me, know.

My prayer must be: Lord Jesus Christ, son of God, have mercy on me a sinner.

May 2, 2019
The Comfy Chair to Damnation: Horror Literature (Arthur Machen!) and the Antichrist is on the Other Channel
Next Post 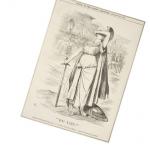 May 4, 2019 Too Late! Even Gordon Ramsay Cannot Save Us If We Wait Too Long . . .
Browse Our Archives
get the latest updates from
Eidos
and the Patheos
Evangelical
Channel
POPULAR AT PATHEOS Evangelical
1