Dido isn’t the only character in Vergil’s Aeneid who resorts to necromancy when she hits the end of her rope. Aeneas himself has recourse to that bastion of Roman state religion, the Sibyl of Cumae, when he loses his way. Having disgraced himself by abandoning Dido and his famous “arms,” Aeneas seeks to regain his honor by an act of filial piety in seeking advice from his father. The only problem is that old daddy is quite dead. In order to enter the underworld and consult with his progenitor, he must have recourse to the Roman oracle known as the Sibyl.

The Sibyl is a medium who can channel Apollo, but the very violence of her fits and the windiness of her dwelling make it difficult to understand her instructions. Vergil plays the creepy factor of this scene at full force:

But the Sibyl … storms with a wild fury through her cave. And the more she tries to pitch the great god off her breast, the more his bridle exhausts her raving lips, overwhelming her untamed heart, bending her to his will. Now the hundred immense mouths of the house swing open, all on their own, and bear the Sibyl’s answers through the air.*

This literary scene has much more in common with Aeschylus’ portrayal of Cassandra, the Trojan prophetess, in his play Agamemnon, than the matter-of-fact account of the witch of Endor in I Samuel. What we see here, as with Dido, is a carefully constructed literary witch.

The Sibyl’s rituals that attend Aeneas’ entry to the Underworld are a carefully constructed literary set-piece as well. They are clearly an expansion of Medea’s magical ritual in Apollonius of Rhodes’ Argonautica:**
[T]he priestess steadies four black-backed calves, she tips wine on their brows, then plucks some tufts from the crown between their horns and casts them over the altar fire, first offerings, crying out to Hecate, mighty queen of Heaven and Hell. Attendants run knives under throats and catch warm blood in bowls. Aeneas himself, sword drawn, slaughters a black-fleeced lamb to the Furies’ mother, Night, and to her great sister, Earth, and to you, Proserpina, kills a barren heifer. Then to the king of the river Styx, he raises altars into the dark night … Then suddenly, look, at the break of day, first light, the earth groans underfoot and the wooded heights quake and across the gloom the hounds seem to howl at the goddess coming closer … the Sibyl says no more but into the yawning cave she flings herself, possessed- he follows her boldly, matching stride for stride.***

The creepy factor is in full swing yet again, but as with Apollonius’ Medea and Vergil’s Dido, the Sibyl is a “good witch.” Indeed, her role is directly parallel to Circe in Homer’s Odyssey, without the need to first outwit the enchantress in order to gain her help. Aeneas has lost his way morally, and the Sibyl helps him visit his father in the underworld for an old-fashioned pep-talk. Aeneas emerges from the underworld, reborn with a clear sense of his destiny as Rome’s founding father and ancestor of Augustus Caesar. Once again, Vergil uses the literary and political images of his day to give his audience the witch they expect, while looking to past models such as Medea and Circe to give them a heroine who breaks the mold.

Vergil was writing a state epic under the patronage of Augustus. The Aeneid’s Sibyl is part of the standardization of literary and political representations of witchcraft that occurred under the strict eyes of Rome’s first emperors.° Because the Sibyl was a key part of the Roman state religion, Vergil can portray her with ghastly abandon so long as she remains Aeneas’ helper. It is masterful writing and brilliant propaganda.

Vergil was an artist of unique vision and power as well as political connections. As we continue our discussion of Roman writers and their literary witches, we will see the effect on the literary elite caused by repeated state prosecution of witchcraft and divination.°° The writers that followed Vergil, like Lucan, often stayed on the safe side of official policy.°°° When Apuleius let it be known that certain magical practices in his Golden Ass were written by an experienced practitioner, however, things didn’t go so well. Nevertheless, some Roman writers were still willing to give the public witches that were at least morally complex, as we shall see with our next author, Ovid.

*Virgil, Aeneid. Robert Fagles trans. New York: Penguin Group, Inc., 2006. p. 185. translating for lines VI.70-101
** A Companion to Ancient Epic, Miles Foley, ed. Malden: Blackwell Publishing Ltd., 2009. p. 115.
***Virgil, 190-191. translating for line VI.225-293
°Indeed, the Golden Bough that serves as Aeneas’ key to the underworld may be part of an ongoing literary joke between Horace, Augustus’ advisor Maecenas, and Vergil about a real “cursed-yet-god-lightened” branch that almost killed Horace (see Horace odes 2.12 and 2.17).
°°For a 30,000 feet overview of Vergil, his literary successors, and Roman policy towards witchcraft and divination see: Charles Williams, Witchcraft. Berkeley: Apocryphile Press, 2005. pp. 15-27.
°°°Which, as in the case of Lucan, was no guarantee of safety. 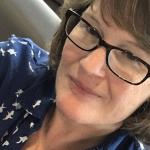 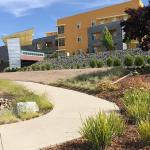 June 22, 2019 Is this the best of all possible worlds?
Browse Our Archives
Related posts from Eidos