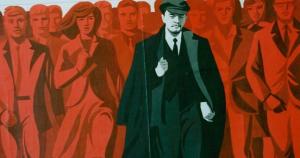 A middlebrow social media site, often witty,  described pre-Revolutionary Russia as “backwards.” This was twitty enough to earn a response: bigotry about other cultures does great harm.

Just as Americans have had to repent, reevaluate, and reassess our horrible and factually ignorant views of the First Nations, so many of us need to evaluate our take on pre-Revolutionary Russia.

While some in the younger progressive movement quibble, mass murder by the Soviet Union is a fact. To mitigate the horror, some will point to “progress” by the atheist dictators in Moscow. The killers in the Kremlin may have been rude, but after all, they took the serfs from the “dark ages” to the space age in a few decades. The killing was bad, but the progress was real. Right?

Yet many Americans believe this nonsense because of the limited information given to Americans by the public intellectuals, more public than intellectual.

For decades the Soviet Union controlled the data and narrative about pre-Revolutionary Russia. The Revolution was “inevitable” and the Czarist system rotten and doomed. This is false (almost surely), but the story fits the prejudices of aging Cold Warriors. Czarist decadence excuses Russians who failed their nation in a time of crisis and allowed some of the worst people in history to take power. The failed “White” Russians, foes of the Communists, needed to think that they were doomed by history and not particularly bad choices. Meanwhile, the Soviets who set a burgeoning nation back into barbarism had to have an excuse for the barbarism.

And, of course, nobody sensible would wish to live in 1913 Russia today just as it was. Russian in 1913 was in the state the United Kingdom was in the Dickensian Period: social tensions that might or might not resolve in a nation in transition. The Russian Empire was not doomed, however, to inevitable gross tyranny and failure.

Russia had an underclass that was badly off, but literacy, prosperity, and social mobility were rapidly increasing. The Russian economy was growing rapidly . Read some revionist history.

In particular, literacy was spreading rapidly along with education. Oddly, that very group would produce the revolutionary class. An urban middle class was growing and better agricultural policies produced the prosperous  farmers that Stalin would murder.

If World War I had not come, most likely Russia would have been a British style constitutional monarchy with a controlled free market system. The Constitution of 1905 was clumsy, but working. Parliament (the Duma) could not be ignored. Nicholas II resisted needed changes, but the next sovereign (probably Michael) seems likely to have rapidly moved to a cabinet responsible to the Duma on the British style.

Why didn’t this happen? Many European nations involved in World War I came close to collapse in the debacle, Czarist Russian like Austria-Hungary did collapse. Involvement in World War I was fatal, but to describe 1913 Russia (The Tricentennial year of Romanov Rule) as “backwards” is stupid. The Russian state survived three years of the War after all.

The Russia before the War was not “backward” unless the word is given a new meaning! Here are a few luminaries of that “backwardness.”

This was the backward nation of Dostoevsky and Tolstoy. Chekov wrote “backwards” poetry.  Czarist Russia was a scientific leader (somehow!) with figures such as Pavlov, Nobel winner  Elie Metchnikoff, Ivanovksy (who discovered viruses in 1892 in backward Russia), Pomortsev, and Anuchin. Backwards music included the backwardness of Rachmaninov, Rimsky-Korsakov and Tchaikovsky.

Alexander Borodin somehow managed to be a world class chemist and composer in backwards Russia.

If you read anyone saying that pre-Revolutionary Russia was a backwards place, they are either ignorant or ethnocentric or wicked, often two of the three. Some left of center Americans in our educational system by and large believe the Soviet system worked in many ways, but have to concede that certain bad actors (Lenin and Stalin) went too far.

This is false: factually unalterably false. The Soviet system took a great culture and reduced it: what was good in the Soviet era was an extension of the old, what was new was derivative or grotesque. Soviet atheism and socialism took a world class, interesting, though flawed culture and set it back. Millions died so that the Soviets could achieve what Czarist Russia would have achieved thirty years earlier. 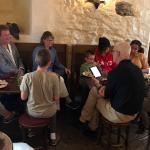 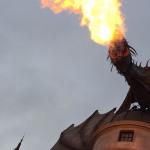 Of Revivals, Convulsions, and Witchcraft Panics
Last time I wrote about the amazing ecstatic behavior of followers of...
view all Evangelical blogs
Copyright 2008-2021, Patheos. All rights reserved.