A Comedy of Errors: the Improbable Happens OR the Man Who Knows Himself in God Will Be Saved from Errors

A Comedy of Errors: the Improbable Happens OR the Man Who Knows Himself in God Will Be Saved from Errors September 10, 2019 John Mark N. Reynolds 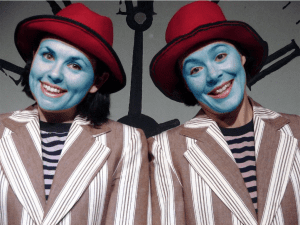 Reasonable Confusion? Who is that?

Once I was on a jury where a juror confused having a reason to doubt with a reasonable doubt. He suggested that during the few seconds the suspect was out of view of the policemen, he might have been confused with a space alien using his identity.

Was this a reasonable supposition?

Surely not. Fortunately, I was able (as foreman) to persuade him and so the guilty person was not set free. Of course, there was a doubt much more reasonable than a space alien duplicate. Instead, what if the suspect had an unknown twin who happened to be on the street committing a crime just as his innocent brother was out walking?

The greatest writer in English history loved implausible stories just like this one. He knew like a good juryman that a reasonable person would not buy the “twin theory”  without very compelling evidence. Sometimes, however, odd things do happen, like triplets separated and discovering each other later in life.  As you wave across campus at your old friend, you discover “he” is an unknown twin . . .and actually that twin has an unknown triplet.

The Improbable Happens More in Life than in Fiction?

Good Christian humanist that he is, Shakespeare knows that the cosmos is reasonable, fundamentally, but that reasonable is not always predictable, particularly when it comes to people. God Himself is a personal God, so the laws that flow from His Mind will have a personal element. Fill the cosmos with free will beings and truth is stranger than fiction as Sherlock Holmes says:

“My dear fellow,” said Sherlock Holmes as we sat on either side of the fire in his lodgings at Baker Street, “life is infinitely stranger than anything which the mind of man could invent. We would not dare to conceive the things which are really mere commonplaces of existence. If we could fly out of that window hand in hand, hover over this great city, gently remove the roofs, and peep in at the queer things which are going on, the strange coincidences, the plannings, the cross-purposes, the wonderful chains of events, working through generations, and leading to the most outrè results, it would make all fiction with its conventionalities and foreseen conclusions most stale and unprofitable.”*

So it goes. Daily we must assume the normal, since normalcy is . . . Normal. We cannot simply assume “strange coincidences” or assume “plannings” when there usually are none, yet sometimes they are there and life seems outré because we have not seen  them coming. Worse, we might miss the fascination of life, the wonderful chains of events, working through generations, if we never step back and look.

And we must look, because a strange thing will happen to us all: we will play many parts over time. We may not have a twin, but we will be changed. We can even end up competing with ourselves as one actor said about his present appearance on television versus past shows.

There is a Comedy of Errors about Identity in Life

Shakespeare wakes us up in The Comedy of Errors, a play that begins with death overhanging a man, as it does all of us,  and soon descends into jollification: a wonderful, improbable, chain of events. The play is not content with confusion between twins, giving us confusion between two sets of twins! There is  joy in the superficial plot, improbability capped by the next unlikely happenstance, but also something profound.

The characters constantly refer to personified Time and the changes made in men by the passing of time.

Shakespeare juxtaposes a court where the law cannot vary even when men change. A lack of grace can render  the law unjust in real life where the outré results make us wonder:

Am I in earth, in heaven or in hell?

Known unto these, and to myself disguised?**

Of course, nobody knows themselves or anyone else in the play, just as most of us do not ourselves let other people We know our names and our roles, our looks, and our family and friends may be as superficially known. When those are played with by time, our looks, roles, friends lost, then we become confused, even a bit mad:

Time is very bankrupt and owes more than he’s worth to season. Nay, he’s a thief too: have you heard men say that time comes stealing on by night and day?

We do not think we have the time to know ourselves and engage in all our business. Yet time will force us to confront who we are and what we are doing. Over time, we all come into conflict with our “twin” . . .a past self. . .and though we are changed from that, many  others (including those we love) might confuse the new for the old. Once we did this, now we do some other thing. Are we different men with the same name? Time can breed confusion. Yet the resolution of the confusion, knowing who we are now, harmonizing the twin selves, is divine comedy indeed: wedding all together appropriately.

In fictional Ephesus there were two Antipholus and two Dromio. In our lives, we may play (as Shakespeare says in As You Like It) as many as seven parts!  We must know ourselves so we can live in our time with integrated personhood  over those seven ages and so come to the world to come in joy. 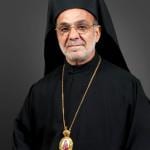 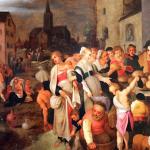 September 11, 2019 The Joy of Unexpected Mercy: Life’s Comedy of Errors
Browse Our Archives
get the latest updates from
Eidos
and the Patheos
Evangelical
Channel
POPULAR AT PATHEOS Evangelical
1