The Mind was Willing, the Passions Were Weak, but God Willing, We Can Overcome 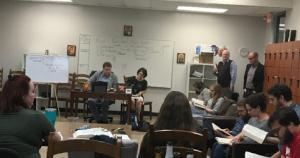 I miss beauty, truth, and goodness, because my mind and spirit are willing, but the rest of me  is weak. Maybe the same is true of you, but all I know is that distractions can get in the way of learning. This weekend I slogged through the noise of life  to learn, but it was not easy.

What was happening on Facebook? Was my Twitter feed blowing up with breaking news? Hope (the Fairest Flower in Christendom) looks nice over there on the couch. When is the pizza coming? Are the Packers going to be any good without Davonte Adams?

Useless distractions threatened to keep me from something good. Often in my life this has happened, but I escaped, by God’s good grace. I was about to learn something, but there was danger that distractions, passions, would keep me from seeing God. This has been too often a problem and I have repented, but here was another chance to focus and do better this time. Oddly, the very book we were studying, Plato’s Republic, dealt with the issue, so I was prepared. I cleared my mind (put away my phone!) and focussed on the text, listened to the my fellow students at the College, and generations of former students.

The story and the students helped me and the results were wonderful, but first some backstory.

Imagine a young man and a teacher who have finally seen justice with mercy. Despite all temptations, they have kept looking, discussing, and communing. They do not deserve mercy, they have lingered too long with tyrannical ideas, yet despite this persist. They want justice. Those who love money or power more than wisdom have become quiet as the good God reveals ideas to the persistent students.

Then the entire conversations is (nearly) destroyed. Why? Socrates uses an example that distracts, obsesses,  the listeners. To see justice, Socrates has created a Sim-City. This simple city has one purpose: reveal justice in a city. The details do not matter anymore than my cutting off a river in Township is environmentally dangerous: it’s just a game.

The young men are eager to discuss suddenly, including the tyrant-maker, a teacher-for-hire-  Thrasymachus. They long to hear more about the women, and making children, and some good old mockery of philosophy. They are full of passion, but not much virtue :

“Yes,” he said, “but this ‘right,’ like the rest, is in need of argument as to what the manner of the community is. There could be many ways. So don’t pass over the particular one you mean, since we’ve been waiting all this time supposing you would surely mention begetting of children—how they’ll be begotten and, once born, how they’ll be reared—and that whole community of women and children of which you speak. We think it makes a big difference, or rather, the whole difference, in a regime’s being right or not right. Now, since you’re taking on another regime before having adequately treated these things, we’ve resolved what you heard—not to release you before you’ve gone through all this just as you did the rest.”*

Mention the “biological function” and some students will be distracted. Suggest that study and virtue are necessary to the good life and anger will be added to desire. Most of the people in the room would rather talk about sex than justice, which is common, but unwise. The entire discussion is hijacked and the same-old same-old is discussed as desire takes over from wisdom.

As often is the case, the mind was willing, but desire was stronger than the mind.

Plato suggests what Sacred Scripture reveals: we must learn moderation– the ability to say “sufficient” and turn from our desires to the good, truth, and beauty. This is not easy, but the molding our own souls to do this task is a chief purpose of all good education.

The old story helped me and I turned off my social media, listened to what was being said, and learned. Most of all, I said “no” and moderated my soul. If only I had done so in more serious areas in my youth! The joy was great as others taught me, my soul was stilled, and desire gave way to reason. Yet at the end of such a small victory, I recall greater defeats. This is why we look for wisdom, but we pray for mercy. By the time we learn to do right, we have too often done wrong.

Wisdom cries out, desire tempts, yet by God’s good grace our weak wills can be strengthened and turn towards what is best. Oddly, our desires, once tamed, also will be satisfied. Wisdom is better than our distractions. 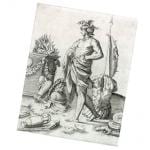 October 5, 2019
Beware the Magi and Tyrant-Makers (Reflections on Republic IX)
Next Post 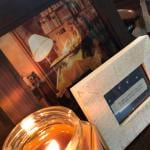 October 7, 2019 Threnody gone through Therapy? (A Thought From Republic)
Browse Our Archives
Follow Us! 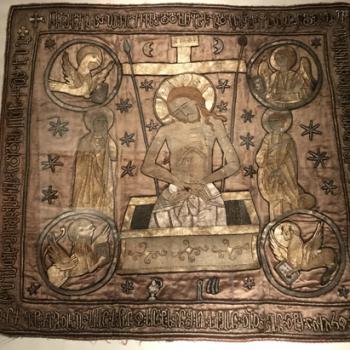 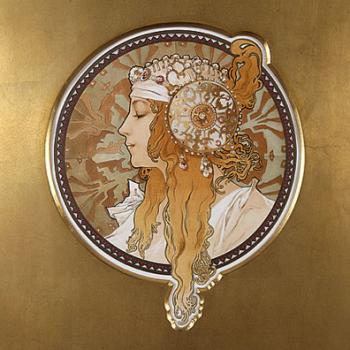