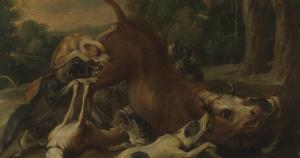 Animals hurt. Thousands of animals are being burned alive in Australia. This has always deeply disturbed me.

Bad things happen to people. Some because people do bad things misusing our free will.  Often bad things happen because nature is broken. We are cut off from nature’s God so in many cultures we ignore nature’s rhythms. In all cases, the school for souls can teach us in this life how to live for eternity.

There are other responses to the problem of pain for humans. More difficult, at least for me, is the problem of animal suffering. So far as we can tell, some animals can experience suffering, but not learn from that pain. Most cannot be, not even possibly be, in a school. At best, they can be trained, but not learn.

In short, in Adam’s fall animals suffered all. 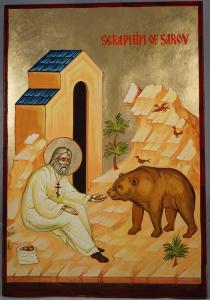 A problem in answering this question is that it is a question that only a few have asked until recently. Scriptures are not focused on this issue centering on human redemption. You cannot ask a collection of books to answer a question they were not written to ask!

Orthodox fathers and mothers of the church have loved animals and lived in relationship with them. Christians have led opposition to cruelty to animals and vivisection. Christian scholarship defaults to compassion for the suffering of animals.

What of the animals? What is their fate?

Beware assuming, even as a Christian, what Christians “must” believe.

There is little a Christian, even an Orthodox and very traditional Christian, such as I am must believe about animal suffering, moral status, and fate. This matters, because sometimes critics of Christianity assume what Christians think or must believe. Four truths do guide us. First, God declares all his creation good. Second, God is love and hates any suffering that is meaningless. Third, human bad choices, sin, destroyed a perfectly good cosmos. We are grit in a finally tuned machine. Finally, the cosmos is huge and so far as we know there is no other life.*

If we take all this into account, there is simply no reason to think that animal suffering is for nothing. In fact, since animals cannot suffer for their own fault, they suffer sacrificially. They are innocent by nature: they know not what they do. As a result, the reasonable assumption is that animal suffering will be redeemed. Why doubt that in this vast cosmos animals will live joyfully in the new heavens and earth?

We need not even believe that animals live eternally. Every ounce of animal suffering need only be compensated by glorious, joyful life somewhere as you should have lived as a koala, a kangaroo, or dingo. No pain is forgotten. All is healed.

Recall that all animals have souls, though so far as we know, only humans are rational.

This school for souls is for us. God became a man and is redeeming the broken part of God’s creation. As a result, the rest of our fellow creatures must endure our redemption, but Christianity does not require us to think this suffering is for nothing. The cosmos is vast, eternity is forever, and there are many worlds for our animal friends. By the way, when humans by our own grievous choice cause unnecessary animal pain and suffering, we should beware. Nothing is forgotten by the good God.

Finally, many, such as CS Lewis, have pointed out that humans who do love animals elevate them. We have all seen pets that take on the characteristics of their human friends. Will part of the jollification of paradise be eternity with our animal compatriots? We have reason to think animals will be there: lions laying down with lambs might not be purely figurative!

Animal suffering is real, but in some ways responding to this issue is easier than with human suffering. Animals (so far as we can tell) understand little, thank God, so cannot dread or live for years reflecting on the cruelty of the broken world. Instead, they slip the bonds of Earth, touch the face of God, and find endless love. The animal soul goes to the Creator and all is made well.

There is no reason to doubt this and many reasons to believe it.

*Christians have no doctrine that states there can be no other life. I hope there is. If so, the cosmos is big enough over eternity for us all. 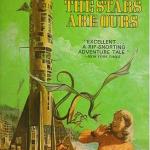 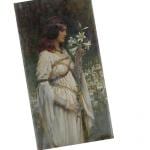 January 12, 2020 On a Chum Doing the Right Thing
Browse Our Archives
get the latest updates from
Eidos
and the Patheos
Evangelical
Channel
POPULAR AT PATHEOS Evangelical
1