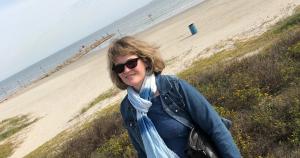 Love is the goal, getting to absolute romance is hard.

If I could pick anybody to write romantic advice for the English speaking world, Charlotte Bronte would get the call. Nobody is letting me pick, Bronte has gone to another world. She has been granted strength to see for all eternity the spark of Heaven’s guiding light.

No kind person would disturb her peaceful rest, but she left us the brilliance of Jane Eyre. The novel is both good fun and so profound that I have read or listened to the book almost one hundred times without ever coming to the end of the goodness, truth, and beauty.

On this read of Jane Eyre, Bronte taught me that love is a last thing: happiness, climax, and the surprise ending.

The first time you read the mystery of the house is revealed. Every “next time” new secrets unfold in the reading, many in plain view, but missed in the first rush to see the mystery. The book’s last paragraph echoes the last of the last book of the Bible: revelation: “Surely I come quickly!’ and hourly I more eagerly respond,—‘Amen; even so come, Lord Jesus!’”

We learn a lesson: the deepest mystery of love is not found in the beginning, middle, but in the end.

Love endures to the end.

Love can come as an apocalypse: a hidden cataclysm that can bring unspeakable delight or hell as the end of all things. Love is God and in Jane Eyre, love is not merely a consummation of a grand passion between a man and a woman, but is the purpose for which man and woman are made. There is no romance possible except in this teleology of the sexes.

Nobody need be single.

All can be married either to an earthly other (woman to man) or to the mystery of Christ and His Church.

The subject of this last page of Jane Eyre is a man named St John. He is a man who can be great, but only if ceases to use people for his great cause. He is the least romantic of men earlier in the book, thinking Jane is formed for labor and not for love. She does not consent to his proposal, saving herself and St John.

St John cannot perform his mission as a man without marrying himself to the Church, the great bride. He must become Christ to those in poverty, need, and and ignorance. He became the very image of Jesus to the Bride he was called to serve. He does not fear the end, because death gives way to a crown.

The greater secret, hidden on the cover, is Jane, the feminine of John. She becomes the greater revelator. She is liberated over the course of her life and so becomes the eyre: the judge. She becomes so strong that she never loses faith, never loses heart, and so becomes an independent woman who finds love. When God speaks, she hears, acts, saves Rochester, but does not tell him, because he cannot handle the mystery:

Reader, it was on Monday night—near midnight—that I too had received the mysterious summons: those were the very words by which I replied to it.  I listened to Mr. Rochester’s narrative, but made no disclosure in return.  The coincidence struck me as too awful and inexplicable to be communicated or discussed.  If I told anything, my tale would be such as must necessarily make a profound impression on the mind of my hearer: and that mind, yet from its sufferings too prone to gloom, needed not the deeper shade of the supernatural.  I kept these things then, and pondered them in my heart.

She keeps these things and ponders them: an image of the Theotokos, the mother of God.

All of this points to the sublime mystery of marriage: all the truth is on the cover, but is fully understood only on the last page. The revelations unfold until all the mystery becomes truth.

Great love, absolute romance, comes when we accept nothing less than love that pleases God and God’s eternal law. Jane refuses to cut corners: she will be the Bride of Christ, the privilege of womankind or the bride of the man she loves. Both ends are good, if pursued by good means.

Or so says the wise Charlotte Bronte.

I am thankful to the students of the College at Saint Constantine and to HER. 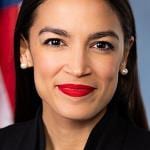 February 12, 2020
AOC and I were wrong (and why it should or should not matter)
Next Post 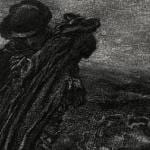 February 14, 2020 Too Brittle for the World (In Memoriam)
Browse Our Archives
Follow Us!

Evangelical
The Story Will Save Education
Eidos 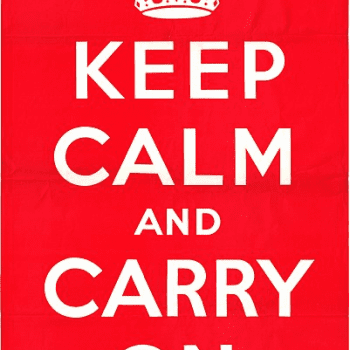 Evangelical
“Pandemic” or Words That Frighten Us: Keep Calm,...
Eidos

Evangelical
The Pitiable End of a Noble Sort of...
Eidos
TRENDING AT PATHEOS Evangelical

Only in Kentucky
At first I thought the owner was a nature lover. I was...
view all Evangelical blogs
Copyright 2008-2020, Patheos. All rights reserved.