The Tension in a Good Education 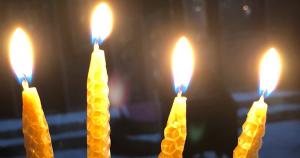 There is a tension in classical, Christian education and this tension is both why our schools can do so much good and why we might fail. The ancient question: “What does Athens have to do with Jerusalem?”exposes the problem.

Wisdom found within the Church or that easily agrees with the received truths of the Church does not always harmonize quickly with wisdom found outside the Church. One solution would have been to reject the pagans, the non-Christians altogether, but that was never the mainstream Christian way. The schools Christians founded read the pagans, but they were also Christians. Error was not so difficult when obvious. When the ideas in pagan literature were obviously wrong, a student could be shown the error and prepared to refute it.

What if something seemingly good, true, and beautiful contradicted or seemed to contradict revelation? Could one teach heresy as truth?

The truth in the Church is sometimes neither easy to understand nor apply. An outside idea may seem to contradict the truth, but the difficulty might be our misunderstanding of one or both!
Even where God and God’s Church speak, the Christian educator must have humility about what he knows. If he is right about what the Church says, he must still take care to apply it correctly in this particular situation.
Finally, while the truth does not change, our fuller understanding of it as a community may. The creeds and councils refine our understanding and help us come to a more precise idea of a truth. Can this process continue?

Fortunately, the Church accepted the tension and continued to venerate the truths from Athens and worship the Truth of Jerusalem. Triumphalism is misplaced, however.

After all, the same history that shows that the Church saved ancient wisdom and made possible the scientific revolution also tells of places and times of anti-intellectualism and regression. The same Church and educational system that preserved so much of pagan literature also at times limited the teaching of certain ideas. Beneficiaries of pagan rhetorical techniques or ideas often used those tools or concepts while condemning their importance, seemingly forgetting their origins!

By the time the Emperor Justinian closed the Academy, the great texts, the best discussions even on Plato, had already moved to the school of Constantinople. The closing of the Academy still is an image of a problem. The Saint should have left the intellectually dead to bury the dead.

The very ability of the Eastern Roman Empire to endure for a millennium, to inspire the broken West to a Renaissance, to form a commonwealth of nations, should cause us to wonder if the tension is not a source of educational energy.

Tension is full of potential. The conflict between Athens and Jerusalem was, is for us, and will be for our successors hard, but educators always found a way. Educators strove to find virtue in Homer and wisdom in Plato. They worked to understand and apply the truths of theology.

The end of this dialectic cannot be relativism since the truth qua truth is unchanging, but of a fuller understanding. “For now we see through a glass, darkly; but then face to face: now I know in part; but then shall I know even as also I am known.” Revelation provides the hard reality, the perfect, against which all our speculations, even about Revelation must be judged.

Christian classical education is found in this tension.

February 20, 2020 Embracing the Tension: Education against Monomania
Browse Our Archives
Follow Us!