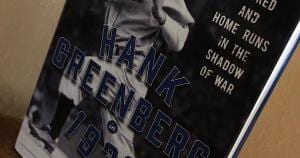 They had opening day in 1938, but in the shadow of World War II and in an economy still mucking about in a Great Depression. We might not have baseball during the 2020 pandemic, but we do not face Hitler and “Brother can you spare a dime. . . “

America always has failed to live up to our ideals, they are very high ideals after all. The brutal unemployment of the period combined with disappointment in the outcome of World War I, the war to begin another war, left the country longing for “normalcy” and a retreat from altruistic international engagement. Antisemitism lurked on the street corners of American life and in a city like Detroit was the pet obsession of the deeply disturbing Henry Ford: a man who moved forward in the factory while retreating into publishing the Protocols of the Elders of Zion. A radio priest preached hatred of Jewish people and gained hundreds of thousands of followers.

Yet measured against the hatreds of the Old World, particularly Germany in 1938, there was promise to America. A man like Hank Greenberg faced discrimination, but he could become a star in America’s pastime. As Greenberg put it in his autobiography:

It was 1938, and I was now making good as a ballplayer. Nobody expected war, least of all the ballplayers. I didn’t pay much attention to Hitler at first or read the front pages, and I just went ahead and played. Of course, as time went by, I came to feel that if I, as a Jew, hit a home run, I as hitting one against Hitler.

In his easy reading Hank Greenberg in 1938, author Ron Kaplan makes the point that in hard times, an entertainment superstar can make a difference. If you were someone who saw “the Jews” as alien to American life, then Greenberg as a star in baseball was an anomaly. Haters like Henry Ford might use their “Jewish friends” as cover for their continued bigotry, but young people rooting for Hank and the Tigers had a guy named Greenberg as a hero. The smears of antisemitism sound alien to America to anyone cheering for Hammering Hank.

Hank Greenberg would not break Babe Ruth’s home run record.* As Greenberg got close, he faced antisemitism from fans. He handled all of the hatred with dignity and made no excuses when he came  up a bit short. Kaplan is reintroducing a good fellow, a regular American, who contributed to marginalizing antisemitism in the United States. Soon after 1938 Americans would be fighting Nazis with Jewish citizens in the ranks. Anything that contributed to sending the Fords to the sidelines was an in-the-nick-of-time thing.

Sadly, antisemitism is resurgent on both the right and the left in American politics. Hopefully a book will be picked up by a baseball fan, and it is full of terrific baseball insights, and we will be reminded of how bad Americans can be to other Americans. The text also is hopeful, because Greenberg was hopeful. His hope in America paid off, more or less.

In this pandemic, we have lost live sports and movie theaters. Here is hoping there are some Hank Greenberg types in the entertainment platforms that remain. . . reminding us of our better selves and preparing  us for what will (almost surely) be greater challenges.

* The record breaking would be done by another Hammering Hank who batted down racism as he chased and smashed Ruth’s record.

March 25, 2020
Intended versus Unintended Consequences: A Helpful Distinction
Next Post

March 27, 2020 Distinctions We Need in Hard Times: Intended versus Unintended Consequences
Browse Our Archives
Follow Us! 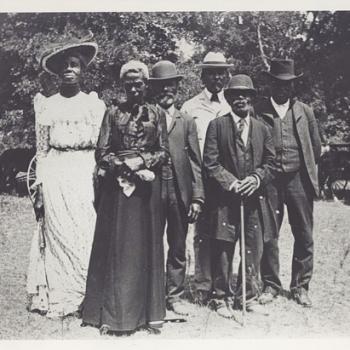 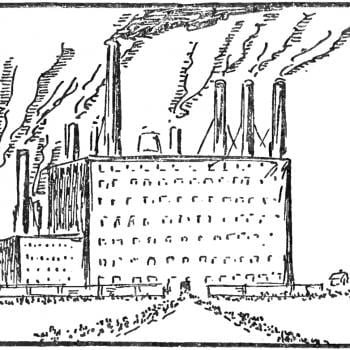 Evangelical
"Silver and Gold, I Have?" The Prosperity Gospel...
Eidos
TRENDING AT PATHEOS Evangelical

Meet Jared | Tips for Revamping that About...
This about page is an informal page directed at drawing people into...
view all Evangelical blogs
Copyright 2008-2020, Patheos. All rights reserved.