The Problems of Higher Education Did Not Start Yesterday

Remarkably, higher education should focus on education, but this is hard both for the students and the administrators. Learning is hard work, a full time job, and students often would prefer less difficult work or do not get the support needed to study. When administrators came from the pulpit or the professorial ranks, they tended to think spiritual formation, civic training, or knowledge was the main goal of higher education.

Alum organizations and the dreaded “professional university administrator” began to seize control. Often this happened because administrative types like meetings and could wear down the professors who were off mentoring, writing, and doing other tasks connected to higher education, and so left the business of the school to the administrators. This was a fatal idea. Professors are a quarrelsome group given to Socratic reason, impertinent questions, and a general refusal to enjoy long meetings producing plans. I once knew a higher education employee that was shocked when a friend did not like meetings as the career objective of this employee was to have five days a week filled with meetings.

It beat dealing with students.

The other bane of higher education has been sports which should have been a blessing and began as such. Needless to say, I have enjoyed many afternoons watching intramural college sports and competitive games between student athletes who had real majors, genuine classes, and were getting the mentoring that comes from good coaching. In fact, sports were such an obvious chance to disciple, like theater and choral music, that they can be part of a higher education program.

The same sort of person who thought usury would be a perfect addition to higher education funding also is the type that allows something good (playing with good sportsmanship!) to become something bad. Sports are fun in a way that Greek is not (immediately) and alum rarely return to watch the reading of the senior thesis, but flock to the Big Game. This is fine until sports becomes expensive and strips the academy of some needed department: say philosophy. A school can get by without football, even Division One football, but it cannot get by without philosophy.

Philosophy is a central discipline, like history or mathematics or biology or theology, that intersects with many others. A sound mind should exist (if possible) in sound body, but the focus of higher education is on the first and not the second. The auxiliary training of the spirited nature of students is the main thing in sport, the competition merely a pleasure. My odd thought for the day is that the professionalization of American collegiate sports has ruined both the good of the sports and American higher education.

This has been coming for a long time, so that the administrator who pushes sports at the expense of (say) philosophy in a budget crisis is more early twentieth century modernist, than twenty-first century Christian.

By the beginning of the twenty-first century, the administrative class was already on the rise. A few decades away was the “credit hour” and homogenized education. Sport, however, already was becoming a mania. Compared to today, where one meets a student that can hardly read, cannot understand even the simplest academic communications, but is still “in college” and “on the team”, the problems of the exploited “student” athlete of the early twentieth century are quaint. They could read, write, and produce an argument, yet doom was coming as the Big Game to be won at almost any cost and the death of amateur sports loomed.

America had a prophet and like many prophets he wrote fairy tales. Frank Baum created Oz and he (frequently) poked gentle fun at the rising foibles of the still (fairly healthy) American higher education system. We did not listen. Instead, we bought the lies of the administrative wizard who promised that if we won the Big Game, hired more part-time professors, and doubled down on usury, then all would be well. Baum let higher education have it in his The Emerald City of Oz and I have taken the liberty to present this chapter with some slight modifications of my own.

9. How the Wogglebug Taught Athletics*

Before long they came to a stately building that stood upon a Virginia plain with handsome shade trees grouped here and there.

“What is that?” asked Uncle Henry.

“That,” replied the Wizard, “is the Royal Athletic College of Oz, which is directed by Professor H. M. Wogglebug, J.D.”

So the Sawhorse drew up in front of the great building and they were met at the door by the learned Wogglebug himself. He seemed fully as tall as the Wizard, and was dressed in a red and white checked vest and a blue swallow-tailed coat, and had yellow knee breeches and purple silk stockings upon his slender legs. A tall hat was jauntily set upon his head and he wore spectacles over his big bright eyes. 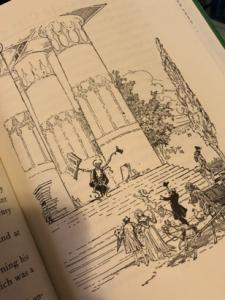 “Welcome, Dorothy,” said the Wogglebug; “and welcome to all your friends. We are indeed pleased to receive you at this great Temple of Learning.”

“I thought it was an Athletic College,” said the Shaggy Man.

“It is, my dear sir,” answered the Wogglebug, proudly. “Here it is that we teach the youth of our great land scientific College Athletics–in all their purity.”

“Don’t you teach them anything else?” asked Dorothy. “Don’t they get any reading, writing and ‘rithmetic?”

“Oh, yes; of course. They get all those, and more,” returned the Professor. “But such things occupy little of their time. Please follow me and I will show you how my scholars are usually occupied. This is a class hour and they are all busy.”

They followed him to a big field back of the college building, where several hundred young Ozites were at their classes. In one place they played football, in another baseball. Some played tennis, some golf; some were swimming in a big pool. Upon a river which wound through the grounds several crews in racing boats were rowing with great enthusiasm. Other groups of students played basketball and cricket, while in one place a ring was roped in to permit boxing and wrestling by the energetic youths. All the collegians seemed busy, all could carry handguns,  and there was much laughter and shouting.

“This college,” said Professor Wogglebug, complacently, “is a great success. Its educational value is undisputed, and we are turning out many great and valuable citizens every year.”

“But when do they study?” asked Dorothy.

“Study?” said the Wogglebug, looking perplexed at the question.

“Yes; when do they get their ‘rithmetic, and jogerfy, and such things?”

“Oh, they take doses of those every night and morning,” was the reply.

“What do you mean by doses?” Dorothy inquired, wonderingly.

“Why, we use the newly invented School Pills, made by your friend the Wizard. These pills we have found to be very effective, and they save a lot of time. Please step this way and I will show you our Laboratory of Learning.”

He led them to a room in the building where many large bottles were standing in rows upon shelves.

“These are the Algebra Pills,” said the Professor, taking down one of the bottles. “One at night, on retiring, is equal to four hours of study. Here are the Geography Pills–one at night and one in the morning. In this next bottle are the Latin Pills–one three times a day. Then we have the Philosophy Pills–one before each meal–and the Theology Pills, which are taken whenever needed.”

“Your scholars must have to take a lot of pills,” remarked Dorothy, thoughtfully. “How do they take ’em, in applesauce?”

“No, my dear. They are sugar-coated and are quickly and easily swallowed. I believe the students would rather take the pills than study, and certainly the pills are a more effective method. You see, until these School Pills were invented we wasted a lot of time in study that may now be better employed in practicing athletics.”

“Seems to me the pills are a good thing,” said Omby Amby, who remembered how it used to make his head ache as a boy to study arithmetic.

“They are, sir,” declared the Wogglebug, earnestly. “They give us an advantage over all other colleges, because at no loss of time our students become thoroughly conversant with Greek and Latin, Mathematics and Geography, Grammar and Literature. You see they are never obliged to interrupt their games to acquire the lesser branches of learning.”

“It’s a great invention, I’m sure,” said Dorothy, looking admiringly at the Wizard, who blushed modestly at this praise.

“We live in an age of progress,” announced Professor Wogglebug, pompously. “It is easier to swallow knowledge than to acquire it laboriously from books. Is it not so, my friends?”

“Some folks can swallow anything,” said Aunt Em, “but to me this seems too much like taking medicine.”

“Young people in college always have to take their medicine, one way or another,” observed the Wizard, with a smile; “and, as our Professor says, these School Pills have proved to be a great success. One day while I was making them I happened to drop one of them, and one of Billina’s chickens gobbled it up. A few minutes afterward this chick got upon a roost and recited ‘The Apology’  of Socrates without making a single mistake. Then it recited ‘Two Dogmas of Empiricism’ and afterwards ‘Critique of Pure Reason.’ You see, the chicken had eaten a Philosophy Pill.”

They now bade good-bye to the Professor, and thanking him for his kind reception mounted again into the red wagon and continued their journey. 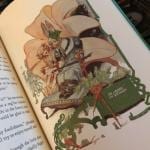 May 12, 2020
The Emerald City of Oz and Blaming Fans for Bad Writing
Next Post 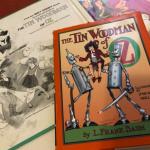 May 14, 2020 Heard Over and Over Again: Variety is Good
Browse Our Archives
Follow Us! 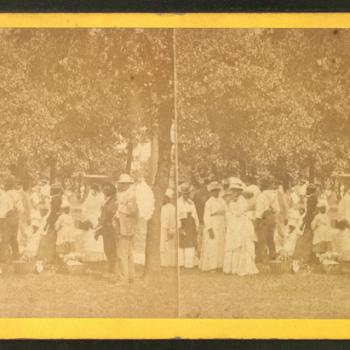 Evangelical
A Reading List for This Election (At the...
Eidos 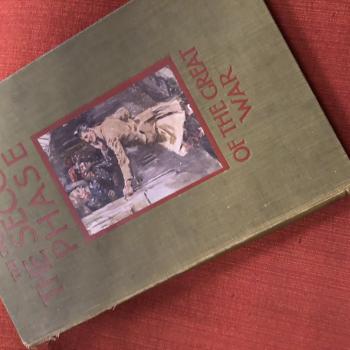 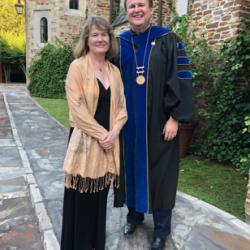 What Would Jesus Pray?
I’ve said before—probably in my book which you should be able to...
view all Evangelical blogs
Copyright 2008-2020, Patheos. All rights reserved.