In Praise of Mickey 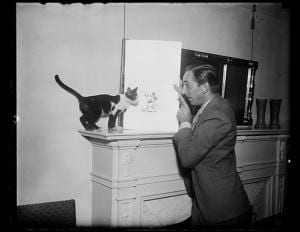 I suspect that with jazz, Lincoln, and scientific advances, Disney animation will be remembered as a cultural gift from America to the world. Other nations do animation well, see Japan, but America was the Columbus of animation. Others may have done it first, but after Disney, nobody could ignore it.

Mickey Mouse paid the bills for Walt and his creative crew of geniuses to innovate. As a character, he was popular globally, though partly as a novelty. Look! A cartoon with sound!

But he was not just a novelty, the early cartoons are still clever. Their genius can be missed due to their relative crudity of technique and characterization.

Steamboat Willie is not Buzz Lightyear.

Still, the early Mickey shorts are funny in the way slapstick remains funny in small doses. They are almost idea free, but visually rich. Early Mickey is a set of gags . . . and a gag is a visceral experience. Mickey does not touch our heart, the medium does not allow that yet, but he does give us a belly laugh.

It is common to say that Mickey got stale and became dull, a corporate symbol in cartoon form, but this is unfair to the later cartoons. As cartoons became more complex, Mickey took on the role of “straight man” to Pluto, Goofy, or Donald. He did not get the best lines, but he kept the manic energy manageable. Mickey in his later cartoons reminds me of Jimmy Stewart, the emotional everyman.

Everybody should fear being Goofy.

And Pluto is, after all, just a pet.

Mickey can be anyone. He is imperfect, sometimes frustrated, but always trying to do the right thing.

Of late, there has been some attempt to update Mickey for the cool kids, but this has mostly failed. Mickey is not cool, because most of us are not cool. Walt was not cool and Walt is Mickey.

Too often the attempts to update the Mouse have forgotten that a cartoon needs gags, but also an emotional center. It might not be fun to voice or animate the emotional center, but all Genie would make Aladdin insufferable.

The one exception to getting Mickey right is found in the game “Epic Mickey.” Despite flaws in the game design, it can be quite repetitive, and the camera focus is substandard, Mickey is himself in the game. The interaction between Mickey and the character that came just before him, Oswald the Lucky Rabbit, is touching.

Oswald was stolen from Walt and nearly forgotten. Mickey made Walt famous and the Mouse never gets tired, because after the earliest years he was never cool. The up to date can become dated, but Mickey was just a cartoonish version of Walt and the good side of Walt Disney, the human side, endures, even if his company has cast him in bronze.  Whenever the kids got lost at Disneyland, we told them to go to the statue at the center of the park. We would meet them there, the lost found. Walt stands in bronze forever holding Mickey’s hand. “It all began,” Walt said, “with a mouse.” The mouse cartoons keep human Walt alive, after all, many feature Walt’s voice as Mickey!

Walt Disney was a real man, flawed, but a genius. He put together a team of men and women and together they made a Mouse. As created beings, they created Mickey and gave him a second-hand reality. Mickey is not real as they are real, but he has gained the ability to do good, to make us laugh, through our agreeing with Walt that we would accept the Mouse into our mental house.

We should be thankful for the man whose dream was Disneyland. Some other men ninety-one years ago had nightmares and made them real. The result were horrors that haunt our memories still. . .hates not healed, cruel ideologies. Walt left us this jolly Mouse, a character who has never harmed a soul and helped more than a few.

May we have more cartoonists in the coming years and fewer tyrants. 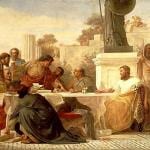 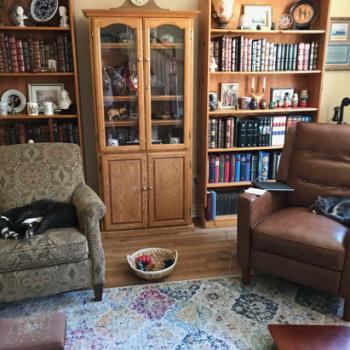 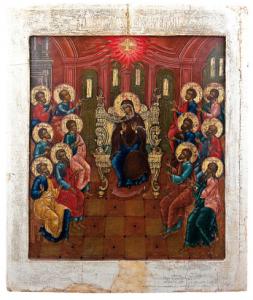 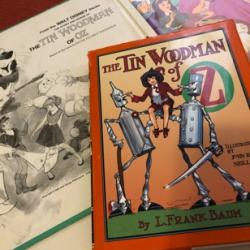 Evangelical
Heard Over and Over Again: Variety is Good
Eidos
TRENDING AT PATHEOS Evangelical