Christ Above All or The Integration of Faith, Values, and Learning: The Place of Religious Experience (Part 4)

Christ Above All or The Integration of Faith, Values, and Learning: The Place of Religious Experience (Part 4) July 19, 2020 John Mark N. Reynolds 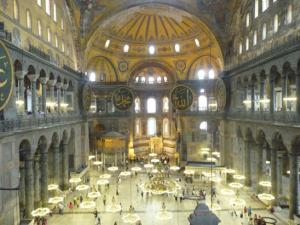 William James in the Variety of Religious Experience carefully describes the nature, limitations, and importance of religious experience. At the very least, James argues that religious experience suggests that the materialists are wrong. There is more than matter and energy in the cosmos.

Religious experience is of limited use in an apologetic, but of great use in living one’s life. Nobody can crawl inside my mind and know the quality and intensity of my religious experience. No human can know how clear and compelling certain experiences are. There are simply experiences so real, so intense, that the burden of proof is always going to be, for the person having the experience, on the skeptic.

Since the skeptic cannot share the experience, he or she cannot be persuaded by it. Of course, one’s interpretation of the experience may be wrong. One encounters the Divine and then tells the most likely story one can about what has happened. My Christian experience with all its intensity does not prove that Christianity is true, but it suggests that something is up!

Even more compelling is the personal relationship with Jesus Christ that most of us in the room have. In the words of the grand old hymn, we “walk with him and we talk with him.” This might be wrong, but I am going to need a great deal of persuasion to accept that it is all in my head.

This experience is so similar at its best in so many ways to my discourse with other persons, human persons, that arguments against it run the risk of proving too much and inducing a belief in solipsism! If some make too much of their personal relationship with Jesus, thinking that their mere testimony should persuade everyone, intellectuals in the church may risk thinking it does too little.

Materialists often claim that the problem with human spiritual experience is that they can “explain it away” on materialist grounds. Even if this dubious claim is true, it is not surprising. It is very hard to refute a simple idea such as materialism as an examination of its opposite, idealism, shows.

Our primary experience is, after all, mental. What if we were to demand that the materialist prove the necessity of matter and energy as an explanation?

Oddly idealism of the sort advocated by Berkeley is widely rejected in our culture while materialism is widely accepted. I find it odd, because if one wishes to reduce everything to one type of thing, what the Pre-Socratic philosophers called an “arche,” ideas seem a better candidate. Descartes after all was at least arguably right when he claimed that it was impossible to deny one’s own existence.

Both idealism and materialism face serious philosophical challenges. However, there is a bias toward taking materialism seriously, as if we already know it is true, that suggests something important about the intellectual culture. There may indeed be a prejudice against any answer that seems to open the door to the possibility of Divinity and to Divine agency.

Reality is, in all probability, more complex than be captured by such simple theories such as idealism or materialism. However, for the Christian it is surely reasonable to give at least some priority to his intense religious experiences. They are frequent, comforting, and work toward giving him a while and happy (in the Aristotelian sense) life. They also account in satisfying manner for the existence of the seemingly miraculous events that so many believers experience.

For a Christian our religious experience is a seminal point for our thinking about the world.

July 18, 2020
Christ Above All or The Integration of Faith, Values, and Learning: Service to God is not just a Matter of the Mind (Part 3)
Next Post

July 20, 2020 Christ Above All or The Integration of Faith, Values, and Learning: The Place of the Prophetic and Miraculous (Part 5)
Browse Our Archives
get the latest from
Eidos
Sign up for our newsletter
POPULAR AT PATHEOS Evangelical
1

How I Tried on Liberal Christianity...
Roger E. Olson
Books by This Author John Mark Reynolds 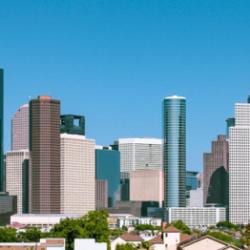 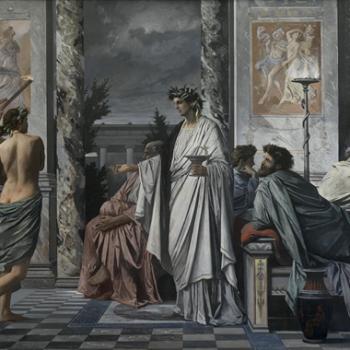 The "Christians" and American Politics
Praying With a Hate-Filled Heart Welcome to another Thursday UNFILTERED blog post,...
view all Evangelical blogs
Copyright 2008-2020, Patheos. All rights reserved.