Deeds Not Just Words: End Our Discrimination Against God’s Children 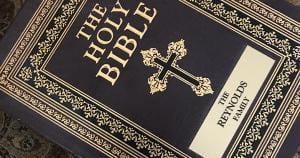 Americans too often worry more about what we call people than how we treat them. We may cringe when people are hateful, rightly so, and demand more loving language, but this is not enough. We need deeds not words. Recently, I heard a young person use the term “retard” to describe another human. The term “retarded” has outlived any usefulness, having turned into an insult.  A different and more important problem is how we treat differences in mental acuity.

I have known people who labored hard to give dignity to those with different abilities who used antiquated jargon that would horrify polite society today, while more verbally careful folk did nothing more to relieve the sufferings of others and bring justice. We should worry about those who use language badly, like a verbal scalpel, but even more about those who use actual scalpels wickedly.

Society ignores the selective killing of thousands of Americans for the crime of not fitting our arbitrary standards of “normal.” When my wife was pregnant with our youngest, the hospital showed her a film that bluntly pointed out the financial cost of raising an “abnormal” child. The implication was that she would be better off not raising such a useless eater . . . a message of fear that is heeded by up to ninety percent of patients. After birth the situation is too often support for these citizens in words while allowing them to suffer from malignant neglect. Education is inadequate, civil protections perfunctory. Mistreatment, both physical and psychological, is all too common.

One thing is certain: the only fit use for the term “retarded” is as a description of our social and moral development when it comes to some of God’s children. For an overwhelmingly Christian and wealthy nation our treatment of those with “lower” mental abilities points to a fundamental hypocrisy on our part.

Those who love Jesus cannot hate His children. The message of Christianity is simple: look into the eyes of any human being and we see the Image of God. This image may be broken, but it can still be recognized.

We see brokenness in differences in intelligence that from the vantage point of the supreme Reason of Heaven are insignificant. Heaven sees our brokenness, our flight from humanity in the sickening disdain and mistreatment of those we deem less worthy of basic human rights.

Our Creator did not endow us with the right to life, liberty, and the pursuit of happiness based on a SAT score. Christians dare not do so either. Perhaps the “wise” of this age judge that the “retarded” can contribute little to our current schemes, wealth, projects, or happiness, but forget that in the eyes of Heaven the hopes, dreams, and desires of those we label “retarded” are of equal value.

What gifts was God sending us that we have rejected? Will we measure the worth and cost to society of any human life only in terms of financial benefit? If so, we have ceased to be civilized and are certainly not Christian.

There can be no justice if there is no justice for all God’s children. We can best measure our love of God by the love and charity we extend to those who do not fit our plans for personal peace and affluence.

By all means retire the word “retarded” as applied to human beings, but do so while retiring the emotional bigotry and small-minded expectation that IQ is a proper measure of human worth.

A better man than I am could thunder this from the position of moral superiority, but I cannot. I have often failed to live up to this standard. I have valued some gifts over others and thought intelligence more “valuable” than virtue. A cheerful man has been less important to me than a clever one.

I hate what I have seen in myself. It is not Christian and it is not American. The vision that all God’s children have God given rights has been slow to come to full realization, but it is coming as surely as Christ’s Kingdom.

For a Christian, duty is plain: I must love my neighbor, regardless of intellect, as myself. As an American my calling is clear: I honor the human rights of all my fellow citizens.

Things can be better. We can do more than stop calling each other “retards.” We can begin to treat each other as we would with to be treated. We can forgive as we hope to be forgiven.

Retire the hateful words, but better still, wash away the hate with Divine love.

A version of this post appeared in the Washington Post “On Faith” which has for some reason not kept the articles there. 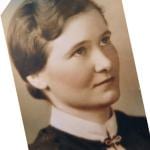 July 30, 2020 We can do better.
Browse Our Archives
get the latest from
Eidos
Sign up for our newsletter
POPULAR AT PATHEOS Evangelical
1 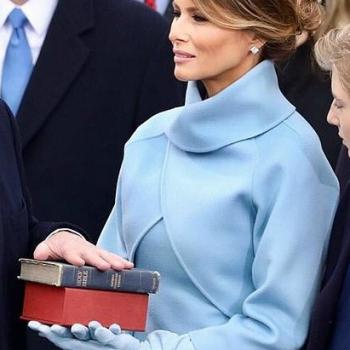 Evangelical
Without a Better Vision: the theology or philosophy...
Eidos

Evangelical
You Might Find God, but not devils. ....
Eidos