Another Most Important Election of My Lifetime

Another Most Important Election of My Lifetime August 8, 2020 John Mark N. Reynolds 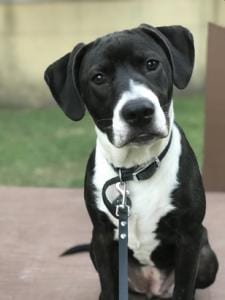 If any given Super Bowl were the most important game ever, they would not play it again the next year. Any given election is the same. A Republic that survived the presidency of the arch-hypocrite Thomas Jefferson can endure a great deal. So long as they allow the common man to vote, the Republic will have hope. There will always be a next most important election ever.

There are more enduring questions than those that can be answered at the ballot box. Morality cannot be decided by polls. When all whites thought blacks were not worthy of civil rights, African-Americans were still endowed by their Creator with certain inalienable rights. Justice Taney could not make a man and he certainly could not unmake one.

The Pope knows this fact. He stands at the head of an institution next to which the United States is a mere passing dream. As a theologian, he must handle truths that are not subject to our desires. As a philosopher, he must follow wisdom even when it leads him into the Coliseum. No faithful bishop of Rome can ever say that Caesar is Lord or that human values are subject to fads tricked out in scientific language.

Imagine two children born into poor families. One is raised by faithful Catholic nuns and is taught Church wisdom and the logic of Saint Thomas. The other is raised by parents taking their cues from television about how to live. The first child will grow up with a coherent worldview. Oddly, he will have been given, as a gift of the Roman Church, the intellectual capability to reject the teachings of the Church. He will be capable of becoming a thoughtful atheist, if he chooses. The second child will be trendy, but shallow. He will pursue the opinions of the moment, but against those opinions he will have no defense. He will simply react to the winds of the times. If his temperament is stubborn, he might reject them, but without thought.

Marketing and fads cannot teach a man moderation or logic.

And so Francis thinks always of centuries and of truth. He knows that the best of princes or politicians will disappoint us . . . even princes of the Church. He is aware that no election can bring the Kingdom of Heaven to earth, because the possibility of that Kingdom is already within the hearts of any man or woman who will turn to Christ.

Francis urges his flock to vote, but to vote with the wisdom of ages in their ears. With the long view, he knows that major principles are clear, but political solutions hazy. A voter must defend human life, because a dead baby cannot be helped by any program or policy. Family structure must be buttressed, because no society has survived the collapse of the social order and chaos is worse than almost any government. Beyond this, the wise Pope knows pragmatic decisions must be made and the voter is uncertain.

We can be certain that future generations will look in horror at our reckless disregard for human life, our use of torture to advance public policy, and our libertine ways. The Church has endured every error; churchmen have made many of them, and from history, Francis knows that Providence is never on the side of those who deny life, liberty, or human flourishing.

I am no Roman Catholic and have my disagreements with the Bishop of Rome. Yet in this day, and at this time, much of what he says is plain, simple, timeless truth. In the fading West he loves, it will not be popular advice, though to most of the world it will seem a restatement of obvious truth. But the Pope knows, as head of a global community, that his flock in Western Europe and North America is deeply confused at this time and insulated from the opinions of most of the world and of history.

We repeat the sins of the past, but assume that our technology will make it different this time. The radio did not protect the Jazz Age from the wages of its excess, the television did not keep self-indulgence from harming us in the 1950’s, and an iPod has no magical powers to ward off our ignorance of the moral laws of Nature and of Nature’s God.

Francis, and other more orthodox shepherds such as Bartholomew in Constantinople, guard against our insularity and lack of diversity. As he has always done, the bishop of Constantinople stands at the corner of the world, between East and West and also speaks for history. The “green patriarch” Bartholomew fights to protect the Earth from short term predators as his flock has always done.

Meanwhile, his tiny church is battered by the same forces that destroyed the Twin Towers on 9/11. His defense is holiness, love, and service to the people of the Middle East.

Francis of Rome makes common cause with Bartholomew of the East to protect the souls of men as all good shepherds have always done. Across the world, millions of Evangelical and charismatic Christians share the common moral foundation and culture of these global leaders. They do not belong to the churches of Benedict or Bartholomew, but they have the same Lord.

No Christian in any temporary republic can vote as if this is the last election. We know that the deepest things and the very rule of the cosmos do not depend on our mere opinion. We can no more change that rule with our votes than we can change the laws of science. Christians have no Lord but Jesus. No state can ever claim our first allegiance. It is this timeless view of reality that we must bring to every election and every vote . . . including the next election proclaimed the “most important of our time.”

August 9, 2020 The Goodness is Fundamental
Browse Our Archives
get the latest from
Eidos
Sign up for our newsletter
POPULAR AT PATHEOS Evangelical
1 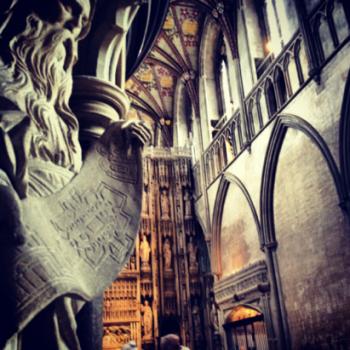 Evangelical
God's Wisdom is Greater Even than That
Eidos