God Is Not A Big Us and Other Mistakes Lots of Us Make August 24, 2020 John Mark N. Reynolds

God is not made in our image. He cannot be. If such a being exists, then God does not need us. He might choose to create humankind or not. God is, in God’s essence, totally different from humanity. This matters greatly, since it is deadly error to think God is actually some bigger, faster, stronger version of us. Some of us might picture God as a big, bearded man (perhaps our race) sitting on a throne. That image might have value up to a point, but only if we recall that the image is also false. “Large” is not always greater than “small.” God as God does not literally sit. God as God does not have a beard and is not a man.

Since God loves us, there is power in picturing Him like a loving human father, but this is an image. Sacred Scriptures give us many images, ones that have proven safer than most, but sages and prophets constantly were pointing to the limits of those images. The Temple was “an abiding place,” but God did not literally live there and He could survive the destruction of His “home.” All our language about God is a sign pointing to the fundamental truth of something different in kind from all of Creation.

God is not just a perfect human, a Mary Sue. We err greatly when we limit him to our particular nation or our times. God is as Plato said: “the known Unknown.” We can know that someone like God is, what God is not, and develop some general descriptions that say what God is most like, but not (by definition) capture God in essence. So an interlocutor errs when he says:

Buddy, your god is, by your faith own claim, all-powerful, all-knowing, all-seeing. He can do no wrong and apparently unable to change his nature, because he is already perfect. That is the definition of Mary Sue. And yes, God is in stand-in for humanity, but not of single group. God is the ideal of humanity at best or at least what Christian think humanity should try be.

God is not more of the kind of power we have. God is the First Cause, the ground of Being. He does not have power, but is beyond power. God can do anything, because God sustains everything. We can only picture God. The critic misunderstands reality when he worries:

Hell, modern day artist of the Christian faith frequently paint their either God or Jesus as their own ethicthy or culture. Christian are worshiping an ideal they know they can’t reach, so they created a divinity that is both similar and alien to humans.

This is just so. Why? God can only be known by images and so we try for images that relate immediately to us. God is like this good father or that just king. However, note that genuine monotheists keep pointing out that these icons (verbal or artistic) are only icons. They are not God. They cannot be God. They help us, but can harm us if we turn them into idols. Imagine thinking God is an American! God is not “us” with all the bad gone: those beings are the redeemed humans at the end of time. We will never be God in His essence. Meanwhile, our images, icons, words, point us Godward best they can.

We do worship the ideal, because that is fit for a free person’s worship. We do not wish to be God, that would be bizarre, but to be like God as Image bearers. We will reflect His glory in part. Each of us, all the billions of us, can reflect a different aspect of that glory. There is enough glory to go around!

As for those sages, prophets, philosophers, simple folk who wrote the books of the Bible, they keep reminding us of their lived experience and how they expressed that experience. Sadly, some dismiss this:

And please don’t keep on pointing to your Bible as if would magically transform my mind. We all already know the basis of your thoughts and beliefs, pal, but you might as will be a Muslim pointing to the Quran to win all your battle. To a non-believer, you might as well saying a spell from Harry Potter.

Any change of mind toward goodness, truth, and beauty is, in one sense of the term, magical (beautiful and immaterial). A really great book, and the Bible is a collection of great books, has the power to do this. The Quran has that power. The Harry Potter series, though a lesser set of books, can do so as well. These three book collections  (the Bible, Quran, Harry Potter) agree on somethings (God) and disagree on other things. I conclude that the Biblical books are the best description of God we have. Obviously billions disagree! That is the joy of dialog: expressing the truth as you see it, learning where you are wrong, helping others where you are right.

This is philosophy, though sometimes philosophy is rejected as well as the Bible:

And as philosophy pointing to your god, that your opinion buddy, not fact. There as many philosophers as their are stars in the skies, and they all have many different truth. Hell, even your favorite philosophers, Plato and Aristotle probably never had your god in mind. They might have heard of the weird Jews, but they certainly made no attempts to join them in worship of the ‘one’ true god. Honestly, they probably burning in hell based on your beliefs, unless you’re going to give them a past for whatever weird reason.

Sadly, there are not as many philosophers as stars in the sky, though there are more than a few. Philosophy does not promote agreement as much as refine the ideas that are worth considering. Theism is one of those ideas. Christianity, which is theist, is a set of those ideas. We have made our beliefs better by interaction with those who reject them! Plato may or may not have been a monotheist but he certainly believed in an unchanging good. Aristotle was a monotheist, but his ideas about God are not always those I would share. Still, both when they pointed to unchanging, eternal reality (like the existence of numbers), pointed to God.

Jewish sages encountered this reality in the person of God over their history. They could, then, incorporate congenial ideas from Plato and Aristotle. We have no evidence that Plato met the Jewish sages, but when the Jewish sages met Platonism, they knew how to use it. Monotheism is grand that way: a great structure that can adapt and adopt the repeated insights over history that point to God.

As for Hell, there must be one. God, after all, truly loves us, so must provide someplace for those who will not consent to His love. If you say “no” to the “I AM,” then you will get the best that can be had without him. Still God is good, just, and loves His creation. That makes me hopeful for all of us, not just these two great men.

August 23, 2020
The Man Comes Around: Embrace the Weird
Next Post

August 25, 2020 Proper Weirdness!
Browse Our Archives
get the latest from
Eidos
Sign up for our newsletter
POPULAR AT PATHEOS Evangelical
1

Evangelical
The Transformation done by the Lowly (Fifth Day...
Eidos 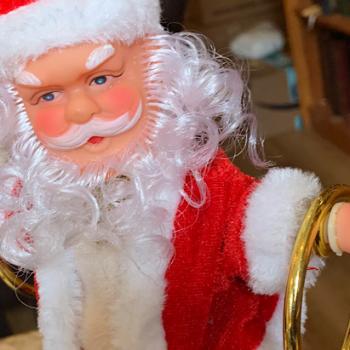 Evangelical
Let the Bad Go, The Feast of Stephen...
Eidos 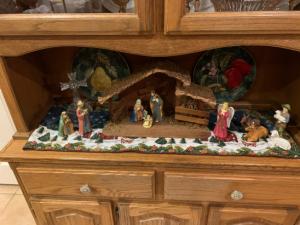