Without a Better Vision: the theology or philosophy of an administration and the future

Without a Better Vision: the theology or philosophy of an administration and the future August 14, 2020 John Mark N. Reynolds 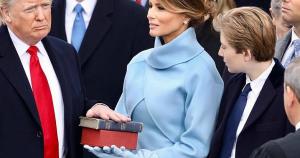 Analysis of the race:

This election, like most elections, hinges on the theology or philosophy of the current President and whether the public perceives it adequate to the times. An incumbent needs a narrative of why all will be better if he wins.

This is generally true in democratic elections. If the President has a theology, a sense of the divine order and people believe he has  a mandate from Heaven, a message that makes sense of our times, he will win. If not, he will lose. This may not be fair, or even rational, but most Americans reject a leader who is unlucky, cursed, or seems doomed.

Nobody can be sure, but perhaps President Obama prevailed because he did not aim at greatness and had a story, a theology or philosophy, equal to the times. To be the first Black leader of the free world was epic, in times without epic challanges, so he was modest in his goals. President Obama had a chance at greatness, but (perhaps prudently) he triangulated to being a morally better Clinton.

In his first race, former President W. Bush was the perfect foil for Obama,  but soon Bush was gone and Obama eventually could no longer rely on simply not being George W. Bush to succeed. He settled for being competent and careful. That got him a second term, but not consequential change apart from his historic win in the White House. Few of his signature accomplishments remain.

Obama did have a greater burden in office. He did not just need a theology, an explanation of our reality, but he had to counteract centuries of a toxic white supremacy theology that culminated in Woodrow Wilson, but lingered in our body politic. Seeing him take the oath of office, the mere image, was a great moment for the nation, but his Presidency, on the whole,  failed to add anything to the greatness. President Obama made history by being elected, good, but great presidents govern. The picture of his swearing in should make every child’s American history book, but nothing much he did in office will improve on that first image.

Being a change from the past will not be enough in the years to come. Republics never stand still and our culture demands vision or the leader will perish, because these are more perilous times. Modest times could endure the weak-sauce liberal Christianity of the Obama regime when combined with a decent man and a brilliant politician. The strength of liberal Christianity comes when orthodox Christians fail. They sound good, but don’t do much good. If you want someone to talk about compassion for the poor, you call a liberal Christian. If you want someone to feed the poor, you call the Salvation Army.

When liberal Christians win their fight, they are good at purging the fundamentalists, instituting scores of hopeful sounds programs, and then fading away. The old joke is that if you cross a Baptist and a liberal Episcopalian, you will get somebody who will knock on your door, be dressed well, and then have nothing to say: a Kamala Harris telling her neighbors what they wish to hear with an added indictment of “those people.” Sadly, you cannot adopt the opposite of a vice and find virtue: too much status quo.

The present President must find something more than opposition to his opponents or he will surely lose his bid for a second term. The times are different.

Compare President Obama’s relationship to President Bush to 2016 candidate Trump’s relationship  to Clinton. The Clinton family had been on ballots (with the Bush family) most of my adult life. The Clintons were fabulously rich through public. . .service. Trump had the right foe and so gained power by opposing the Clinton dynasty.

The Trump administration risks having the wrong foe. Born to beat Clinton, as Obama was born to beat the Bush/McCain dynasty, Trump will be unable to win if his positive message is lacking against Joe Biden.

Imagine vice tipping the scale against virtue. That is fairly easy, but what if even our hopes for virtue are overwhelmed by vice? When has this ever been a winning ticket in a republic?

A leader who can win an election and then doesn’t know what to do with it will fail. He will meander and maunder and if he is not thoughtful, the maundering will lead to mendicancy. If over the years his vices drown out the virtues, he will deserve to fail.

This potential problem is a predictable product of content free, conventional, 1950’s Christianity. The brotherhood of man and the Fatherhood of God, 1950’s bomfoggery, was enough to rule a nation in times of complacency , but not for the long, hard slog.

At its best it is helpful, but it is not a saving faith. It has no vision and so it has slowly perished from most of the world. In that sense, President Obama represented a last chance for a liberal faith that has been in decline in the West since the 1950’s.

President Trump, if he is to win again, must present an alternative vision . . . not with the detail of a philosopher, but as a leader. Where have we been? Where are we going?

The candidate that can ask and suggest answers to both questions will win.

Trump would be wise to look away from his obvious allies for vision, because too often his present allies embrace an essentially reactionary faith based on an early twentieth century fear that secularism would triumph, twisted by a secret fear that it might be better for mankind if secularism won, and a desire to save what they could of religion from fundamentalists. The fear and the failure was built into the motivation:

Great movements and religions are rarely motivated by fear, worry, and caution, and so liberal Christianity has always been weak.

President Trump must broaden his vision by looking away from his childhood to global Christianity.

It is, however, hard for a man in his seventies to change. If he is to win a second term, President Trump must do it. His presidency could continue, if he can pivot, but he may lack a sufficient theology to change.

Who knows for sure?

August 13, 2020
You Might Find God, but not devils. . . (The Divine Hidden, but Reasonable. The Diabolical Obvious, but Irrational)
Next Post

August 15, 2020 Assuming about God?
Browse Our Archives
get the latest updates from
Eidos
and the Patheos
Evangelical
Channel
POPULAR AT PATHEOS Evangelical
1