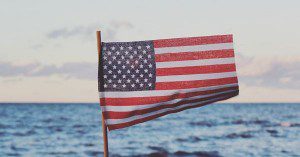 What good is a debate?

Debating is a good way to find out the merits of a case, if both debaters are serious about the discussion.* When watching a debate, here are three things to watch and three things to avoid.

Watch for the knowledge that the debater shows about his opponent’s positions. Does he appear to have read the relevant work? A lazy debater will repeat his personal talking points. This might also be a sign of a person without the ability to follow the relevant arguments.

Watch body language. Many people make decisions about a debate based on the comfort of the person debating. Is the person having a good time? Is the debater relaxed? Does the debater wear out in the second half? All these may not be how academics score debate, but often are more relevant than “who won.” I watched a debate where one person (that I liked) mopped the floor with the other candidate on content, but the second debater was an effective story teller, a bit blitzed, and a good time. The audience loved him.

Watch for the killer quip. Everyone in a debate imagines or practices the kill-shot: the quip that sums up the inadequacy of the opponent’s position. Most people will not remember most of what is said, but if the person is well informed, is relaxed, and then delivers the killer line, then the end has come. Lloyd Bentsen did that to Dan Quayle whose career never recovered.

The overly rehearsed kill-shot will not work (at least if it seems overly rehearsed). Ronald Reagan knew he would be asked about his age, but his kill-shot line worked, because it was naturally delivered. We knew he meant it.

Avoid partisan spin in your head. You might have a favorite and the natural result will be to pull for him. How can you avoid this? Try thinking about your friend who is on the other side, but might be persuadable how will he or she react? Try to hear the voice in your inner ear.

Avoid keeping score on every question. Unless there is a kill-shot (see above) any one question will get lost in the talking. The answer on tariffs may help your candidate, but that does not mean the candidate will win.

Avoid thinking the whole debate matters. Outside of the kill-shot or a loss of energy in the second half, the first bit is what people watch most closely. Watch who comes out swinging, sharp,  and winning. First impressions count.

When debating, focus is key. Meandering is deadly.

*I have been honored to debate Niles Eldredge, Dan Barker, Michael Shermer and others over the course of my career. In all three cases, I learned something as preparing for a real debate requires reading everything (at least every book) a person has written. Eldredge taught me a good bit of paleontology, Barker how to frame a testimony, and Shermer was interesting on the history of the philosophy of science. I once debated a Jesus Seminar fellow (an expert on the Gospel of Mark) and was spiritually refreshed by reflecting on his work and the Gospel. 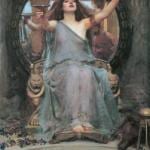 September 27, 2020
Wandering Desire and the Twelfth Night
Next Post 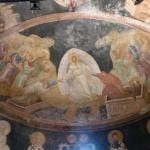 September 30, 2020 We Need Not Be Afraid
Browse Our Archives
get the latest from
Eidos
Sign up for our newsletter
POPULAR AT PATHEOS Evangelical
1

Evangelical
Prayers for our Leaders
Eidos

A.J. Swoboda (Bushnell University): Christian Theologians to Read...
So excited to introduce you to one of my close friends and...
view all Evangelical blogs
Copyright 2008-2020, Patheos. All rights reserved.