Being a Real Cannibal? A Journalist’s Tale

The tyrant, or simply the establishment, promises you treats if you lie. As a member of the press you lie, covering (say) for a massacre of indigenous people for the folks back East, and so you stay in good standing with the people whose approval you crave. You get the job you want. After all, if you tell the truth about Comrade Stalin and his mass murder of Ukrainians, then you will not get the critical interview with Stalin that will make you a journalistic star.

Instead of telling the truth, you, if you are such a reporter, tell your readers back home what you must. The treats come.

History keeps going, but you can forget this for a moment as you glory in stardom.

Imagine palling around with the head of the Satanists and then writing stories for the folks back home who might not be terrifically fond of Satanists!  If such a scenario seems outlandish, you do not know history. Often nothing matters, no act so objectionable, if you shore up the opinions of the powerful. The temptation happens in academics, religion, business, and even the press.

As a sold out reporter, you use their language, but spin the story so they believe lies. You serve your bosses writing what they want to read. You get the reward for selling your soul, but then decades pass. The Soviet Union falls. The records are released. Russia reborn wants nothing to do with your lies. If you do not think this happens, just look back to a time far enough ago that the truth is out there. The bosses have no problem with your Satanism, but they would fire you if you did not hew to the company line. Has this happened?

History has kept going and now we know:

William Seabrook, journalist of “the exotic” and long-time pal of Aleister Crowley, had not very long since returned from the interior of Africa, where, he had promised his editors, he would eat the flesh of a human being and write a book all about it. In the early 1930s, however, going native had already begun to take on a commercial aspect, and the African cannibals saw Seabrook coming. They wanted an exorbitant fee for the privilege of taking part in their tribal customs and eating the sacred flesh of their enemies. A stickler for authenticity, Seabrook paid the money and described for his readers in exacting detail the taste of human flesh (not unlike veal, a little “stringy,” satisfying).1 It was almost the truth. The real story was that Seabrook suspected the natives were too civilized for the sort of thing he was after, and had literally palmed off the flesh of an ape on him. That being so, and Seabrook the determined sort, he returned to France, paid a hospital attendant to furnish him with “a chunk of human meat” from the victim of a fatal accident, boiled it up, and ate enough of it to satisfy his own sense of journalistic ethics that he had in fact eaten of human flesh.*

Leave aside, if you can, the evils of colonialism. Seabrook had no problem with Satanism or cannibalism, but he drew the line when he realized he might not have engaged in authentic cannibalism. He had his values and the people have a right to the ‘truth.’ History keeps going and now we know.

The news, whether in the newspaper or a social media feed, is “the first take on history.” The last Day is coming when God Himself will give the last take on history, bringing justice to the world. Meanwhile, we must pause and consider our own faults, our own grievous faults. We can look at our times and call tyrants “tyrants.” We can wonder what is settled fact in our great universities that is merely the prejudices of twenty-first century administrators.

The unexamined news, or history, is not worth believing. 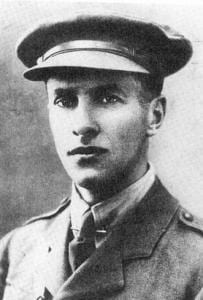 Walter Duranty enabled genocide by his lies and retains his Pulitzer Prize.

October 24, 2020 Come On Man: How to Tell Hard Work from a Waste of Time (Euthydemus!)
Browse Our Archives
get the latest from
Eidos
Sign up for our newsletter
POPULAR AT PATHEOS Evangelical
1 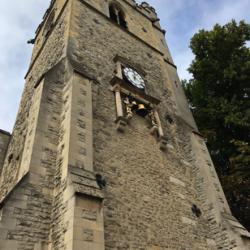 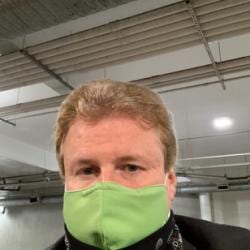 Prayers for our Leaders
Social media reminded me that four years ago last week, I began...
view all Evangelical blogs
Copyright 2008-2020, Patheos. All rights reserved.