Do not be afraid. History is not ending. Victory is sure: in the sign of the Cross we will conquer.

Every day the heroic bell sounds, the students gather, and holy men offer ancient prayers in the city of the twenty-first century. One old prayer we pray daily states the truth: the city of God is protected for all time. Since the great city, Constantinople, the Minis Tirith of ancient world, apparently has fallen to Sauron in this age, how can this be true?

There is the spiritual reality that any earthly city is becoming the Heavenly City. No city in time can be the City of God in totality. God is so good, His being so beautiful, that nothing flawed, even a tiny bit, can equal His fullness. No catechized Christian after Augustine (City of God) is so simple minded as to make any earthly kingdom the Heavenly Kingdom. We are endlessly told that God is no American and this is true. Yet this God breathed Republic could be an icon of the greater City of God when (if) it points to eternal justice. The Republic could be an image of justice and that image could help create a new reality.

An icon is good, true, and beautiful, a window from becoming to being. In just this way, the city such as Houston is not the City, but reminds us of the City. Centuries of artistry, of building, of political skill, that created Constantinople, point the mind forward to the City foursquare that is coming when King Jesus establishes His reign on the Earth. An earthy, earthly city like Constantinople is an icon of what will be. What will be is kept in safety for all time, but that security does not justify the marring of that image by mendacious tyrants who usurp rule of the city.

Surely we can pray for the security of the city, if we love the City.

An icon may have elements added, like Paynim  prayer towers to a cathedral, that attempt to change the message, but the truth remains. The central truth, the holy Wisdom, is still God the Father, Son, and Holy Ghost. Imitation, appropriation, can do nothing but plaster over the truth: Jesus Christ is Lord. Anyone offended should not join a Church that sees the holy Cross and knows that in that Sign we will conquer.

The marred icon is not the Savior. Nobody can now spit in the face of Jesus. That time is ended. The Father sent the Son and let us reject Him, but when we killed him, preferring the appearance of justice to Justice, all was changed. Now the Son sits at the right hand of the Father and nothing can touch Him. He is delivered with safety for all time.

Still if some archeologist were to find the Holy Grail, I would rejoice. Why? The simple cup would be a reminder of the Truth: Jesus blood is precious. An earthly image is not a heavenly image, but still the earthly matters.

The day will come when there will be a glorious Christmas in Constantinople: if not now, soon. 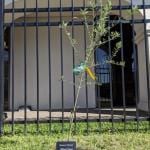 November 18, 2020
The Very Air is Thick at Thanksgiving
Next Post 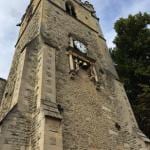 November 19, 2020 The Myth Must Hold
Browse Our Archives
get the latest from
Eidos
Sign up for our newsletter
POPULAR AT PATHEOS Evangelical
1 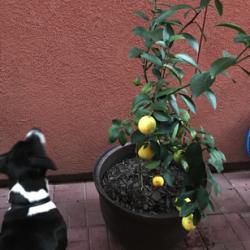