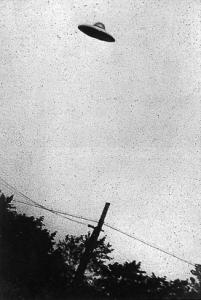 An old classic rhetorical juke of the heretic, Arius was first master, is to claim controversy having created the controversy.

If the powerful decide that what has been good is now bad, some Christian religious leader or college professor will be found to dialog with the old evil as if it were a new good.  “Let us ask, if indeed, every infant should be born, if abortion is such an important issue, maybe we were worried about millions murdered because . . .”

This is no real dialogue as the controversialist has his eyes on the outcome. The discussion will end once most people, the folk that matter, the folk whose reviews count, agree. The power of the heretic, the controversialist, is that he agrees with the elite of his era while warping past opinions to his modern categories.

The dialog once started, however small the original audience in Christendom, justifies continuing the conversation. This is particularly true if a powerful ruling class in the area where the controversialist works hates the original, universal, Christian opinion. Since the opinions of the powerful will eventual attract a majority in the public they manipulate, propaganda being hard to resist, the controversialist will eventually be able to point out how narrow support for the old orthodoxy has become.  Twenty years ago the tiny minority novel in the whole history of Christendom had to be heard, because so novel, so daring. Now the controversialist is shocked, just horrified, that anyone would pretend that “the Christian position” is simply  the one most of the globe holds and every Christian held until a few decades ago. How narrow! Look at polls of American Christians! The bishops of Orthodoxy and Catholicism may disagree, but the people who rarely go to mass or the liturgy have other views in American and Western Europe.

That America and Western Europe are fading as a percentage of global population does not, just this once, matter. Scratch a heretic, find an ethnocentrist.

That this is bad reasoning, done in bad faith, does not matter. The spirit of the age, the powerful that must be placated, and having not offended the world and the devils the controversialist is sanguine.

The controversialist, if a college professor, gets paid by usurious practices while crying justice elsewhere. Good work if you can get it, but they will make sure you do not.

This grift generally comes with an attitude of martyrdom, since people they despise insist on attacking their claims. If one sticks to safe venues, say NPR, then one can win every argument. They will never, ever, debate a critic in an equal forum as the argument is shallow enough that even their secular allies privately say: “Any stick to beat a dog.”* Better still they can claim that all their opponents also have a false sense of martyrdom while crying persecution.

The extremes, the controversialists of the right and left in Christendom, commit heresy on the Trinity, ethics, and the nature of Christ safe in the security that they can point to the other side. Erick Metaxas can justify a multitude of opposing academic sins.

Most the Christian world looks at the warping of American Christianity in horror: from Athens, to Antioch, to Alexandria, to Aksum.

*I once was talking to a person who went on to lead an Ivy about a very bad argument made against a traditional Christian position that contradicted all I had learned about the topic in this person’s graduate school class. “Oh!,” she laughed, “any stick to beat a dog.” The argument was bad, but the sort that the idiot Christians might buy so they cutting reviews were kept to a minimum. 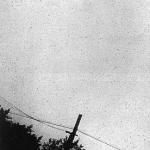 May 20, 2021
Greetings UFO Pilgrims: Sorry about the Mess
Next Post 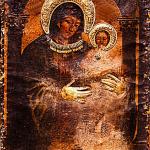 May 22, 2021 Beauty Educates
Browse Our Archives
get the latest updates from
Eidos
and the Patheos
Evangelical
Channel
POPULAR AT PATHEOS Evangelical
1