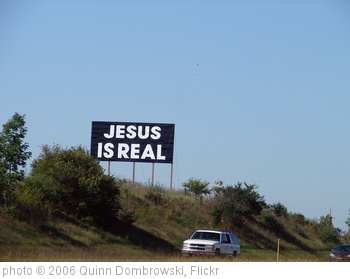 I am hoping that in about a year I will help be a part of a new spiritual collective. One of the core values of this group will be a conscious counter-affirmation against what I believe to be the functional atheism of some churches and ecclesiologies.

It is written in John 14:26 that Jesus said, “But the Counselor, the Holy Spirit, whom the Father will send in my name, will teach you all things and will remind you of everything I have said to you.”

Jesus did not write anything down. The early Christians orally told the story of his gospel. They learned the oral teachings of the apostles. None of it was written down. The first part of the New Testament to be written down was a letter of Paul to the Thessalonians.

The functional atheism of most churches is found in how they talk about the Bible and how they do Bible study. A recent missional book talked about making friends with “unbelievers” (as if God’s spirit was not at work in these people’s hearts already?) and then when you had sufficiently bonded with them, giving them the proper ideas about God. Here is the where that faith really lies: In our dogma/interpretations about God.

When many groups invite people to things like Alpha or a Bible study, they have stacked the deck in favor of a version of the Jesus story that they themselves follow. I think this is either arrogance or a mistrust that God will actually guide people to Godself. Perhaps they would argue that people are so sinful that they need our wonderful interpretations and dogmas in order to find God. But I have a radical, and actually, interestingly, more Scripture-centered point of view.

My goal is to introduce non-Christians and those who do not believe Jesus is God to the four gospels (the first four books of the New Testament). I myself am pretty comfortable with most orthodox formulations. I see Jesus as fully human and fully divine. I see his resurrection as an actual event. So I, unlike some, am willing to bet on Jesus.

I am willing to bet that if I get people to openly and honestly read the scriptures, and talk about them, then God will reveal Godself to them. If it matters to God that they believe Jesus is God, that will be impressed on them, but personally I think the God revealed in scriptures are more concerned that they see him as Messiah. I would rather people decide that it is too hard to follow Jesus or that he is too crazy/wrong than to with their lips confess him dogmatically but then never follow through in action.

What if they don’t end up as orthodox as me? Does it really matter?

I mostly do not care if a single one of them comes away believing Jesus is God. I have to admit, I hope some do. I really am attached to my theories about Jesus. But I do care if they start living as a part of the non-violent radical self-denying revolution of Love and Justice (mercy/forgiveness) that Jesus started. Because if God cannot show them Godself through open Bible study and my honest testimony, then what does that say about the actual power of God?

I could rely on persuasive means, rhetoric, and manipulation and have an agenda for these people’s lives. But I don’t think that is how God wants me to operate. I tell the people I meet, “I don’t want to convert you to my way of thinking. I want to transform my own life into something more radical and more loving, and think we all should want to be transformed into our better selves. I can support your journey, but I can’t make it for you or control it.”

So my idea is this: If God is who God says God is … If Jesus is who Jesus says he is … then he will function. He will dwell among us, guide us, prune us, mold us, grow us. It can’t be up to me and my doctrine and my theories, or we are doomed.

Pete is a recent graduate of Wake Forest School of Divinity, grew up evangelical, is 12 years sober, is a chaplain resident in Austin, TX, and hopes to start a spiritual collective in Austin next year.

September 7, 2012
Jesus-like living in the midst of other religions
Next Post

Where the miles are marked in...
slacktivist
Related posts from Emergent Village