Cricket:   Jesus is never mad at us — if we live with him in our hearts?

Tommy:   I hate to break it to you, but he is. He most definitely is. 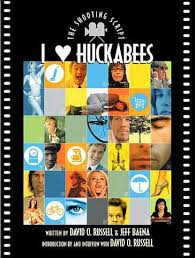 Election Day, 2014. Our votes today will be translations of our political ideologies into a series of choices from a limited option set. These ideologies are the products of many factors including our life experiences and personal faith/worldviews. But there will be more happening today than simply persons checking boxes or darkening circles. I would suggest that, on this day, as is the case on every election day, we will see the recuperation or trasformismo of Christianity and other religions or ethical worldviews and we will see once more the immense might of the commodified image.

Guy Debord (1931-1994), a French philosopher, artist, and radical, described modern society as “The Spectacle.” The Spectacle to Debord “is capital accumulated to the point where it becomes image” (thesis 34 in The Society of the Spectacle, 1967). He continued by explaining that our world has become so ‘spectacularized’ that “commodities are now all that there is to see; the world we see is the world of the commodity” (thesis 42). Debord named the process whereby art and image is captured by the imagination of markets and exchange as recuperation. In this kind of world, the value of persons, material objects such as art, and labor is equated to its exchange value – ‘what you can get for it’. The market becomes so dominant, that we lose our imagination for any other life other than a world dominated by competition and exchange.

When you are forced repeatedly to watch a 30 second ad on CNN.com for every 90 second news story or when you inadvertently read yet another “advertorial”, an ad disguised as a news story or editorial content, you get some sense of Debord’s notion of a recuperated, spectacular world. The only true ‘substance’ of the world is the ephemeral quality of marketing; the only images we see, know, and trust are purchased images that invite us to buy, sell, or trade something else. It is not an authentic Barcelona jersey without a huge imprint of Qatar Airways on the front that dominates every other image on front the shirt including the Nike swoosh.

Antonio Gramsci (1891-1937), an Italian Marxist and theoretician, wrote earlier of a similar concept to recuperation that he named trasformismo. Trasformismo is the process where elites manipulate dominated classes by getting the dominated to work against their best interests. In a supreme testimony to the power of trasformismo, the class-defeating and self-defeating efforts of those who are dominated become known as common sense.

Typically, this kind of common sense is motivated by materialism. You toss me a little of what I want with the left hand and I will completely ignore that you are beating me to death with the other hand. What’s a little voter suppression of the very people who would vote in my interests as long as you tell me I’m better than them? Gramsci, unlike many other leftists, was deeply sensitive to the role of religion in trasformismo. He was quick to explain “popular religion [a]s crassly materialistic” and thus so very easily the victim of the wiles of trasformismo. One only needs to attend the Oprah-style giveaways at mega-churches on Easter to see the power of Gramsci’s accusation. ‘What’s in it for me’ has become so very deeply encoded in American Christianity that common explanations of salvation are ‘your decision for Christ’ or ‘God’s selection of you’ (for Calvinists) – both idioms of purchase and exchange with a little comparative competition tossed in for fun (i.e. positing the fate of those who don’t choose or are not chosen!). This market language is so very far from a biblical portrait of God’s justice graciously overwhelming a created world.

So, today as we vote, whether we are Republican, Democrat, or Independent, I hope we see through recuperated images and resist the siren song of trasformismo. Heed the warnings of Debord and Gramsci if someone suggests that privatized public education is good for everyone unless they explain how there will be equal access for all persons (that means transportation, free meals for kids near and below the poverty line, and racial percentages that reflect whole communities). If you hear a familiar song and dance that somehow discussions of a more fair and equal society is somehow related to some vague Godless desire to strip you of your religious freedom, ask them to read a Bible or the sacred text of any major faith and give a little knowing nod to Gramsci. Concocting a fear of waning religious liberty and using the charged language of “class warfare” as Pavlovian reactions to a dialogue about greater equality is not only the height of religious trasformismo (see Santorum, Rick; circa 2010), it also ironically misses much of the heart of the Christian gospel.

In I [Heart] Huckabees (2004), a clever philosophical comedy, the protagonists of the film end up at the dinner table of a Christian family. This table scene is a biting critique of the co-optation of American Christianity by the utopian promises of individualism, materialism, and the market. The teenage children cite the Lord’s Prayer and then launch into a frightening series of questions that reveal a profound deception about economies, the environment, and the value of intellectual query. Finally, as the son (played by Jonah Hill), who has been playing a video game throughout the meal, announces proudly that he has finally reached the “omega level” (a funny representation that technology is his real ‘alpha and omega’), his sister timidly reenters the conversation to ask: “Jesus is never mad at us — if we live with him in our hearts?” Her question is a well-worn idiom of American Christian pietism. ‘If we’ve got what we need from God, if our faith is constructed as a material blessing to us, then it’s all good, right?’ To this ridiculous assumption, Tommy, a fireman played by Mark Wahlberg, sadly retorts, “I hate to break it you, but he is [mad]. He most definitely is!” May that sentiment not be thought that summarizes this day!