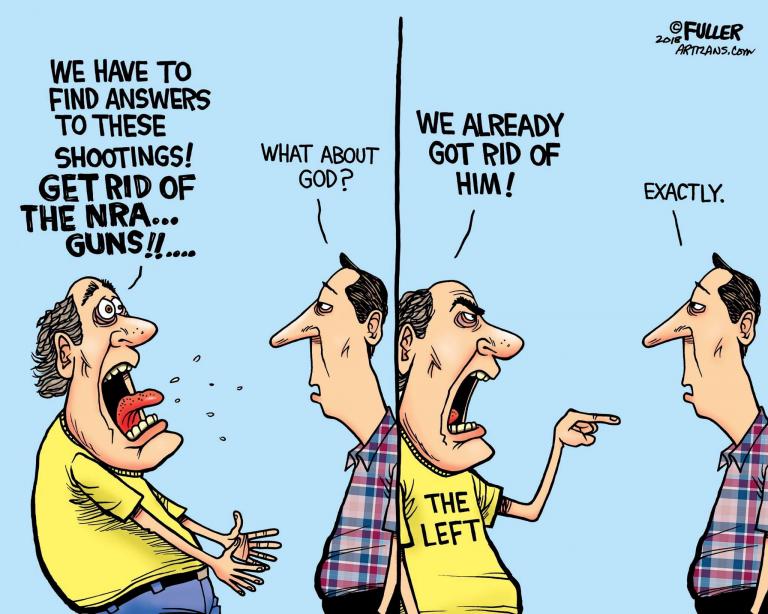 MORAL OF THE STORY—Evil doesn’t care about ideology, rich or poor, white or black, godly or atheistic. Evil cares about evil. It inhabits a person who orders his or her life without God. I’ll even dumb this down more and say people without a higher power in their lives have a vacuum in their souls. And that soul sucking sound you hear is a siren call for evil to come and stay awhile. People whose lives are ordered without God are going to do horrible things. Haven’t we learned that through the tens of thousands of years of human experience? Guess not.

Remember the parable of the Rich Fool.  Jesus told a story about a rich man whose wealth garnered him all sorts of new stuff so he was going to eat, drink and be merry.  But God will take his life this very night.  What will happen to all his stuff then?  Everybody immediately thinks of Christ condemning wealthy people or even their money–not so.  Think about it:

Jesus associated with people who would appall us today: corrupt tax collectors, prostitutes, sketchy folks who lived on the edge, very wealthy people, etc, and he loved them all.  Especially in Luke’s Gospel, he never condemned sinners, just their sin, except for sinners who reveled in their evil deeds.  You see, in Luke’s Gospel the Son of God came to earth not because people were evil but because they were oppressed by it. People sinned not out of malice, but out of weakness.  So Christ came to free and save them.  So in the parable today, the wealthy man is condemned—how come? Not because he is wealthy but because he has constructed a world without God.  What made his wealth wrong was not all the gold and silver; it was the fact that he used his wealth to push God away, to live without God. That’s what Jesus was getting at.  He tended to stay away from politics and spur of the moment solutions. What he did do is look for the root cause of evil, and he found it when he saw people living without God.

That’s important during a week when we are reeling from two mass shootings in less than 24 hours. Already people are demanding political actions, legislation, rules and regs, gun control, mental health improvements.  And while it is legitimate to discuss all that, it would be foolish for priests to do that from the pulpit or even to think that we can legislate this problem away.  Jesus knew that some of that might have to be done, but none of it would really work to eradicate this kind of evil.  Far better for me to take Jesus’ example and point out the real problem:  When a person constructs his or her life without God, something terrible is going to happen.  That is what real evil is.  The young man who perpetrated this horrible event in El Paso said in 2015 that he really didn’t know what he would do with his life.  Now he has some whack manifesto and says he hates Hispanics.  Really?  Or is that just the publicity part?  He looks to me like a man who organized his life without God.  He could care less about anyone but himself.   Same is true about the Dayton shooter; he literally organized his life around evil.

Without God—no moral compass.  Without God—no empathy for others.  Without God—gratification of self over everything else.  So much evil comes from that.  Jesus knew that to battle this kind of evil takes a holy people, a community of God, a Church, and even then it will be hard.  But what if some people are not that religious?  What if they don’t like the Church? What if they object that in the USA we can’t allow the reasonableness of what I’ve said to be considered because of separation of Church and state?  Okay, but this country was founded on the belief in a higher power.  If we cannot accept that and that our values come from God, then this violence will continue. So much bad has happened because we have put a solid wall between the secular and the spiritual.

I remember St. John Paul II and Pope Benedict XVI crying out that the worst thing happening in Europe was not atheism, though there was a lot of that around.  One can dialog with atheists.  But what bothered these popes was the next step:  nihilism–the embrace of nothingness as the black hole around which the galaxy of society orbits.  These popes said that nihilism caused people to order their lives without God, and when that happens, values become only subjective if they exist at all, and humans seek for other things to give them meaning.

No law will stop the mass shootings.  No political soap box pandering will fix the problem.  Until people once again accept as a common societal belief that we bow a knee to a higher power, we will be afflicted with chaotic violence that seeks to suck in the last vestiges of civilization.

What You're Doing When You Vaccine-Shame...
Sticking the Corners
Related posts from Thin Places

Catholic
One Friday In Lent, The Papacy Embraced The...
Thin Places 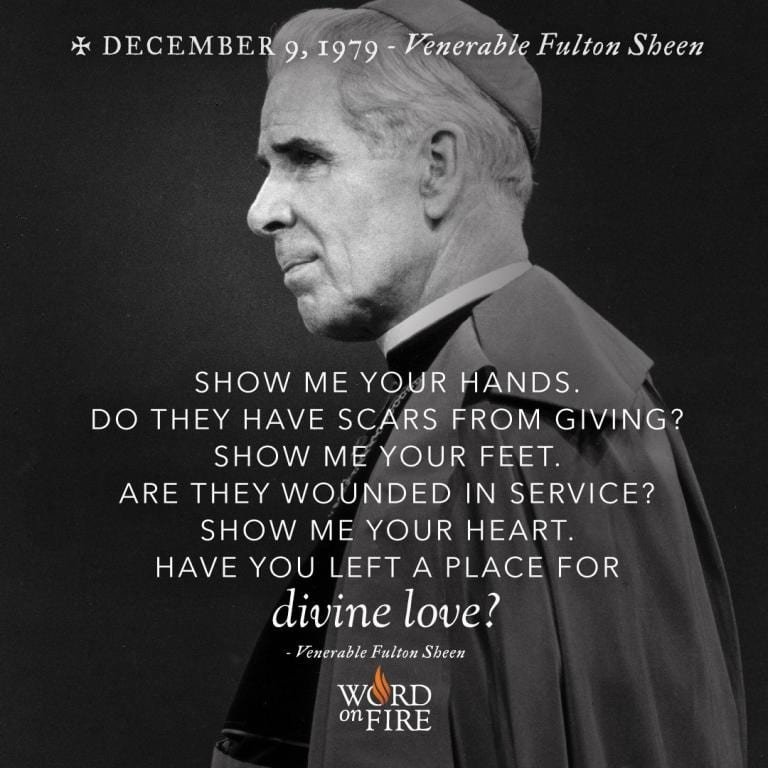