More Than Just A Fallen Statue–The Oppression of Tolerance 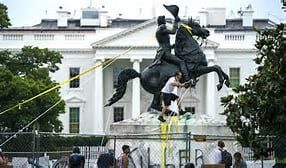 It’s more than just a fallen statue–whichever toppled statue you wish to talk about. Iconoclasm–the erasing of images, is a wave that overcomes society every once in a while. And it is never a good thing. Here’s why:

Sliding Down the Slippery Slope

Iconoclasm Leads To the Oppression Of Tolerance

The way we define tolerance today makes us say: My good is good because I say so; my bad is bad because I declare it so. But if you think my bad is a good, that’s okay because it’s good for you. And if my good is bad for you, I should understand where you are coming from and give in if you are particularly offended by my view. This demands manufactured empathy on the part of those who witness iconoclasm. It requires that we apologize for things we never did or were responsible for. What was more ridiculous than those people who knelt before Black Lives Matter protestors and apologized for their systemic racism as they were then led around in chains and shackles? Because America is a pluralistic society, we make the mistake of thinking tolerance is how we handle pluralism.

But what makes our country great is that we are people from many races, many walks of life, of various creeds and other belief systems UNITED by our acceptance of the virtues and rights enshrined in the Declaration of Independence, the Constitution and the Bill of Rights. E Pluribus Unum–Out Of Many, One. It’s the union of people that makes us great, not the plurality of our opinions. It is our unity that gives the standard by which we act, and there is wiggle room there for different opinions and life-styles. But there is no place for iconoclasm, because it destroys unity.  Break the statues, erase the memory, destroy the history, and nothing is left to rally around. Society disintegrates.

The Answer: Law And Order Upholding The Standard Of Unity By Which We Exist As A Society

There is only one answer to Iconoclasm–the reinstitution of law and order. That sounds draconian but if law and order means the upholding of the standard of unity by which our country was founded, then it makes sense. People like law and order instinctively, not because they like to see the bad guys pounded, but because they want to be reassured that the values they thought good people of noble heart believe in are really true and offer the foundation of society. The frightening thing is whether our leaders will have the fortitude to use the strength necessary to reign in the chaos, or whether they will let tolerance tickle their minds and make them cringe away from acting with strength and courage. 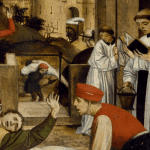 July 8, 2020 Plague Consequences: The Unchurching Of Catholics And What To Do About It
Recent Comments
0 | Leave a Comment
Browse Our Archives
get the latest from
Thin Places
Sign up for our newsletter
POPULAR AT PATHEOS Catholic
1