This is really a review of the Master (Dunn) and his Apprentice (McGrath) on early Christian Christology (McGrath was one of Dunn’s doctoral students). McGrath and Dunn generally believe that early Christian christological claims were not all that controversial within Judaism (apart from Jesus’ messiahship) and they were variations of extant beliefs within second temple Judaism.

Manor’s review of Dunn is fairly benign. He notes Dunn’s point that Jesus was regarded as both the objection of worship but also the enabler of worship. Yet Manor contests Dunn’s view of the Christology of the Gospels because while the Gospels are set within monotheistic constraints they also break Dunn’s paradigm in areas such as the visit of the Magi, the women leaving the tomb, and Thomas’ confession which all exceed Dunn’s definition of worship. Manor thinks that Dunn opts to “all but exclude clear instances of Jesus-worship that should be given a stronger bearing”.

Hurtado is fairly rigorous in his review of McGrath (for my initial thoughts on McGrath’s book see here). McGrath thinks that the debate about God’s oneness between Jews and Christians happened considerably later than the New Testament period and that the beliefs and practices reflected in the New Testament fit nicely within the bounds of Jewish monotheism.  Hurtado contests several of McGrath’s claims such as that Colossians 1.15-20 is simply a poetical way of saying that God’s wisdom is found in Jesus and that the only controversial matter of Jesus devotion was its messianic claim. McGrath looks for evidence that the first Christians saw themselves as departing from the monotheism of their Jewish religious matrix. Finding none, McGrath contends that there was nothing unusual or controversial in their devotion to Jesus. Hurtado voices several objections: (1) There is no reason why devotion to Jesus should be a robust threat to God’s uniqueness. The NT texts affirm Jesus devotion as obedience to God’s unique exaltation of Jesus. (2) McGrath believes that the only options in regards to monotheism are maintenance of or departure from it, instead, Jesus devotion represents an innovation within the Jewish monotheistic tradition. (3) While McGrath is correct that sacrifice was a key element in religious worship, he fails to note how Paul contrasts the worship of idols with participation in the Christian cultic meal where Jesus presides over the meal much like a deity. Hurtado remarks:  “Instead of asking when Jews and Christians parted over the doctrine of God, the more productive questions are how earliest Christians expressed their devotion to Jesus, and what this represented in that historical context.  Unfortunately, as noted already, McGrath does not deal with the full range of relevant phenomena of Jesus-devotion, focusing almost entirely on christological beliefs and so not doing justice to devotional practices. To be sure, earliest Christians did not see themselves as departing from the traditional Jewish concern for the one God. But it seems to me that in that historical context their beliefs and practices together comprise a novel and unprecedented form of monotheistic devotion, in which Jesus held a programmatic place. Indeed, for earliest Christians reflected in the NT their Jesus-devotion was constitutive for their worship of the one God.” In the end, despite his disagreements, Hurtado regards McGrath’s discussion as cordial, accessible, and a stimulating read for a short book.

I hope to engage some of the recent christological debates in the future including A.Y. Collins, Maurice Casey, James McGrath, and James Dunn on the Gospel of John in a paper called “Can You Get High on John’s Christology?”  more anon.

May 28, 2011 God-fearers Inscription(s) from Aphrodisais
Recent Comments
12 Comments | Leave a Comment
Browse Our Archives
get the latest from
Euangelion
Sign up for our newsletter
POPULAR AT PATHEOS Evangelical
1

The Doctrine of Original Sin as...
Cranach
Books by This Author Books by Mike Bird 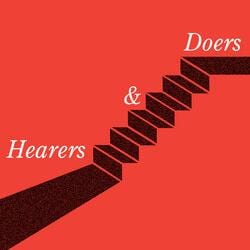