Practices of the Church 4, Spiritual Gifting, the Fullness of Christ

Practices of the Church 4, Spiritual Gifting, the Fullness of Christ December 28, 2011 Joel Willitts 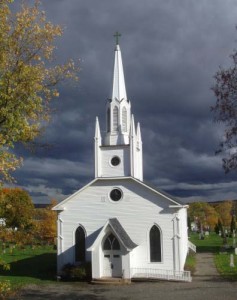 The fourth practice of the church in John Howard Yoder’s book Body Politics: Five Practices of the Christian Community Before a Watching World he calls the “Fullness of Christ”. Based on Ephesians 4:11-13 and 1 Corinthians 12, Yoder defines the fullness of Christ as

A new mode of group relationships, in which every member of the body has a distinctly identifiable, divinely validated and empowered role (47).

Ephesians 4 teaches that an element of Jesus’ victory won on the cross and resurrection was the gifting of believers for ministry. Paul’s vision leads to a radical practice for which the slogan “Every member a minister” is the rallying cry.

The metaphor of the body of Messiah, with Jesus as the head, relativizes hierarchy and establishes reciprocal accountability and interdependence while at the same time maintaining distinction among members.  This is not an anti-structural position, but a stance based on the analogy of the human body where dignity in complementarity is upheld. God is not making everyone the same, but “is empowering each member differently although equally” (55).

The practice of the church is to transform , to reform, “to reorient the notions of ministry so that there would be no one ungifted, no one not called, no one not empowered, and no one dominated” (60).

Evangelical
A Theology for the Twenty-First Century
Euangelion

Brad Stine Has Issues: What It Takes To...
We Christians don't seem to have the courage to stand up to...
view all Evangelical blogs
What Are Your Thoughts?leave a comment
Copyright 2008-2021, Patheos. All rights reserved.
error: Content is protected !!