Jesus, the Bible, and my Buddy Denny 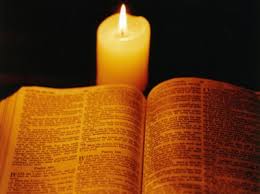 Denny Burke has a good response to Stanley, McKnight, and Bird on the Jesus vs. Bible thingy-bobby blogfest (see my earlier post).

Obviously Denny and I whole heartedly affirm biblical authority and the unmatchable centrality of Jesus Christ, but it is the integration of the two that we might differ on.

1. On the Bible and Apostolic Faith, Denny says: ” I do not mean by that that every peasant in fourth century North Africa owned a Bible. That’s absurd. I simply mean that the faith that they held derived from scripture, however it was communicated to them (either through preaching, the reading of scripture in church, or any other means of transmission).” I didn’t think he really believed that. My point is: what was the foundation the faith before the collection and canonization of the Scriptures? In my reckoning, the gospel led to the formulation of the rule of faith and the rule of faith determined the canon of faith (hence the criteria for inclusion in the canon like apostolicity, catholicity, orthodoxy etc.). So I wouldn’t say that our faith derives from scripture, rather the apostolic faith was expressed in scripture and, thereafter, all faith is summarized and shaped by scripture. That’s a minor difference, but a historically nuanced one, as the apostolic faith was transmitted before all the scriptures were collected and canonized, and they had a foundation prior to that. If I had to re-word Denny’s contention on his own terms, it might be better to say that the apostolic message is the foundation of our faith and it is by inspiration later sealed in scripture as the definitive account of the apostolic faith. And if we could add a little christology and ecclesiology in there somewhere, we should have an agreement. 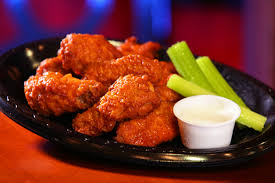 2. On the NT language of foundation, well, 1 Cor 3:22 says, “For no one can lay a foundation other than the one already laid, which is Jesus Christ.” That is pretty much a slam dunk if you ask me. But, with a HT to Denny, I don’t think you can play off the man against the message because, via the agency of the Holy Spirit, the gospel message brings us into a faith relation with our mediator and master, Jesus Christ. Denny affirms the point when he states: “Everyone knows that such language never implies that the message operates independently of the One proclaimed in the message.” Touchdown to the Redsocks (yes, I know that is mixing sports). But could we say that Jesus is the foundation of the foundational message of the apostles? If Denny can say that Jesus is the foundation of the faith (and nuance it vis-a-vis scripture how he likes), I’ll buy him some Buffalo Wings in Baltimore!

3. On Bible and Salvation, I concur with Denny’s treatment of Ps 19:7 and Rom 1:16, that the word of scripture is the means of salvation. I want to place the emphasis on “means.” My concern is that if you elevate scripture to the heights of your christology, then you could potentially make scripture the “saviour.” Denny doesn’t do that, but I want to make sure we don’t run the risk of doing that.

4. On the BFM 2000. Well, I’d rather die than speak ill of Michael Cassio! I think the BFM 2000 is a wonderful expression of Baptist faith, it is an improvement on the 1963 BFM as it is more robustly evangelical, it has a high christology, and rightly gives a place to the family in a confession of faith (even if I’d tweak what it says there). Think ye not that I’ve come to rag on the BFM 2000. Still, taking out “Jesus Christ” and replacing him with “eternal truths” just does not sit right with me.  It gives me crazy unchristological vibes. Just because the liberals were playing off Jesus against Paul is no reason to jettison the centrality of Jesus from the BFM. Just because Marcion liked Paul doesn’t mean we cut out Paul from the Bible. Just because Montanus liked John doesn’t mean we omit John from the Bible. If you have cockroaches under your oven, you don’t get rid of them by putting 20 lbs of C4 plastic explosives in the cooker (well, you will successfully terminate the cockroaches, but half of your house as well). You use a hammer to hit hard nails, you shouldn’t use a hammer as a painting brush to draw pictures of Jesus. The BFM could have been re-phrased to maintain the centrality of Jesus Christ  and the full authority of ALL of scripture, but without running the gauntlet of a doctrinolatry to which it is susceptible.